The Foundations of a Nobel Prize

Unfortunately, there were no Hungarian Nobel Laureates in 2021, but one of the awards had a Hungarian aspect. The first discovery related to paprika, which also deserved a Nobel Prize, was made by Albert Szentgyörgyi in 1937. The aim of this research was to produce vitamin C from green peppers. The second line of research, which this year saw David Julius and Ardem Patapoutian win the Nobel Prize, focuses on capsaicin, which can be isolated from hot peppers. Hungarian discoveries, including Pécs, have contributed to the successes in this field. In this context, I spoke to Professor Erika Pintér, Director of the Department of Pharmacology and Pharmacotherapy at the Medical School, University of Pécs. 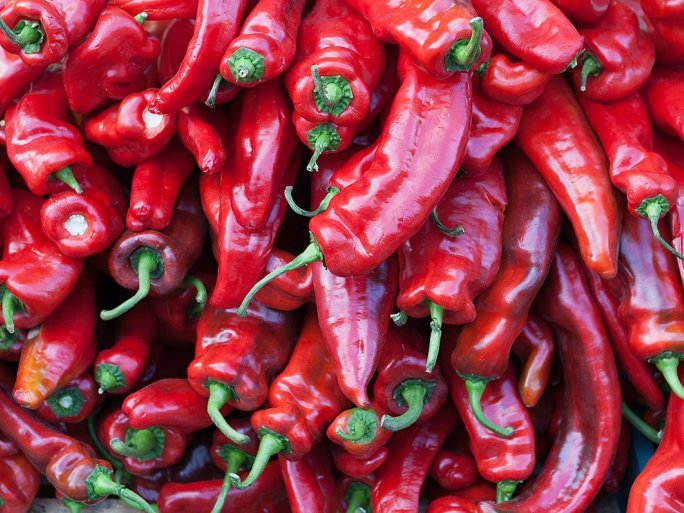 It was already known in the 19th century that capsaicin is the pungent substance in paprika. Later, Endre Hőgyes discovered that capsaicin can be used to selectively act on the sensory nerves. Based on his research, Professor Miklós Jancsó's research group in Szeged, of which János Szolcsányi was a member, continued his research (János Szolcsányi moved to Pécs and continued his research at the Medical School, University of Pécs - the ed.). Giving relatively high doses of capsaicin to an animal selectively destroys the sensory nerves, eliminating pain and heat sensation, but other modalities are preserved. This is the origin of the research on nerve cell differentiation. "There are so-called capsaicin-sensitive nerves on the sensory nerve roots, which are destroyed by high-dose capsaicin treatment and these sensations are eliminated," - explains professor Erika Pintér. 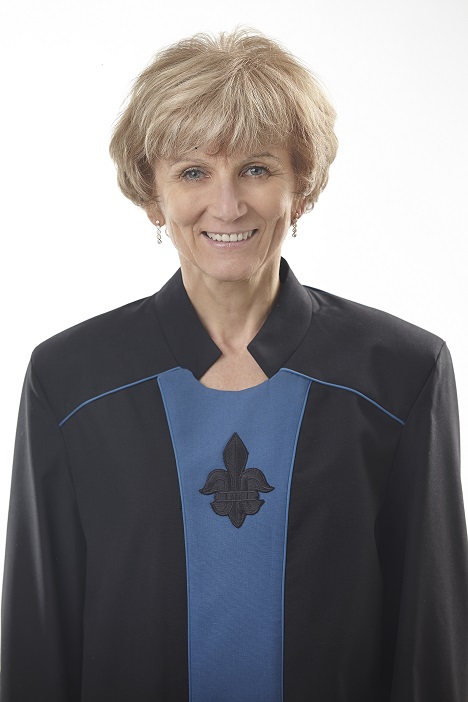 Research into the mechanism of action of capsaicin started in the 1960s.

"It was classic Hungarian research, as Hungarians are also very fond of hot peppers," - adds Erika Pintér. János Szolcsányi and his team were the first to suggest that capsaicin acts via a receptor, a special signalling structure.

They also published a diagram of the hypothesised function of the capsaicin receptor in a German journal. "János Szolcsányi started to study what exactly this receptor is, whether it is possible to clone it and whether its role and function can be proven," - said the director of the department.

This was the starting point for David Julius, who had already cloned an ion channel receptor, namely the serotonin receptor. He was therefore able to use his experience to identify and successfully clone a similar ion channel receptor that was thought to be present in capsaicin. "It turns out that capsaicin binds through an ion channel receptor called TRPV1, which is found in a specific population of sensory nerves. It also became certain that the excitation of this receptor is responsible for certain types of pain sensations," - shared Erika Pintér.

There is a huge potential for drug development in the field of pain relief in this, because if the receptor is known, it can be used to produce new types of painkillers.

"János Szolcsányi has dedicated his entire life to researching the receptor and the mechanisms involved. I became involved in this research in 1985, when I started working at the Dept. of Pharmacy. Then, we were able to add a lot of data and aspects to the research that are still an important basis for drug development today," - she said. The research team published internationally-renowned results, which provided important data for David Julius and his colleagues.

"This Nobel Prize is as much a tribute to the work of Miklós Jancsó and János Szolcsányi as it is to the rest of the Department of Pharmacology. They have all worked very hard on this topic," said the director of the department. 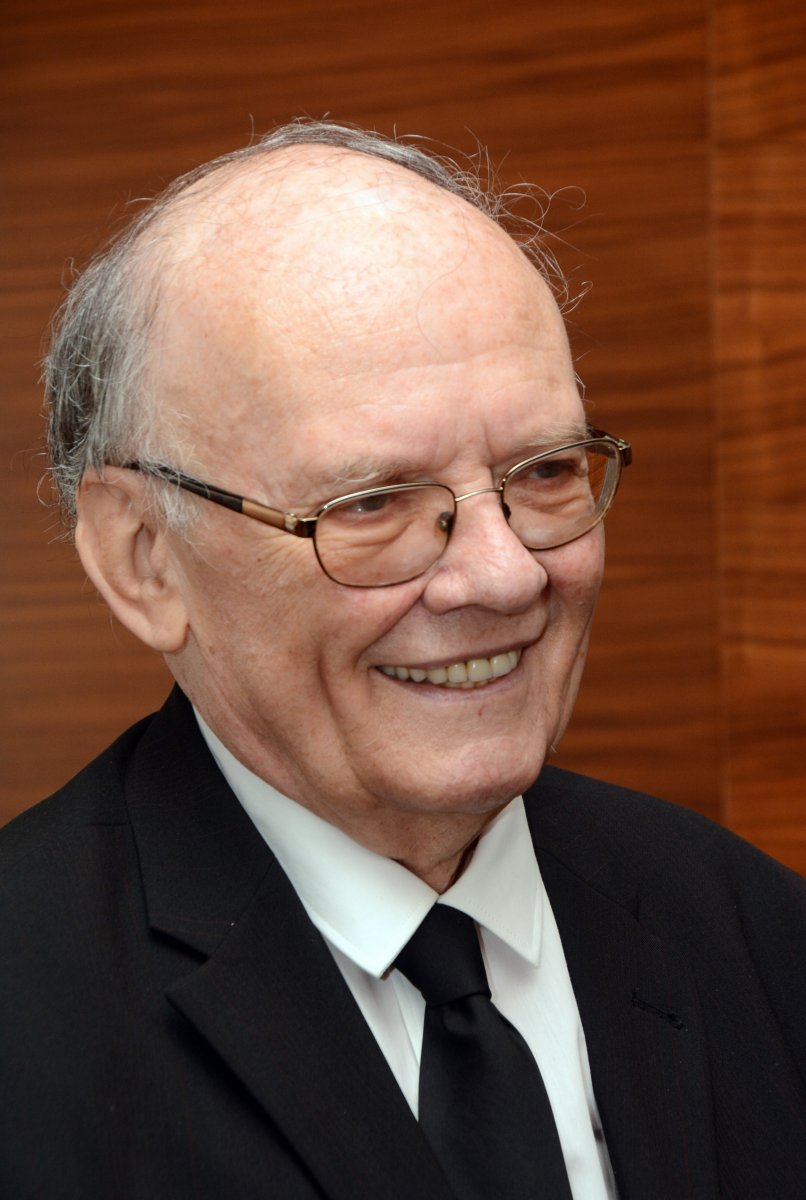 Loránd Barthó, now Professor Emeritus, worked with János Szolcsányi (see: picture) from the 1970s. "In the 1980s, Gábor Pethő and I joined the group, and several other researchers, including József Németh and Róbert Pórszász, started working on this topic. Then, in 1995, Zsuzsanna Helyes, Zoltán Sándor, Kata Bölcskei, Éva Szőke joined the team. All of them were able to contribute results that made this line of research more compact and better known," - said Erika Pintér.

Research into capsaicin was recognised by the Nobel Prize Committee, and the prize was awarded to those, who finally succeeded in experimentally proving the existence of the receptor and cloning it in 1997. Although nominations for the Nobel Prize are supposed to be secret, it was known in the scientific community that David Julius had been nominated several times since 2010 and that János Szolcsányi's name was on the list of nominees. Professor Szolcsányi, who was nominated for the award last year, passed away in 2018, dedicating even his his last days to active research on capsaicin.

It was found, that capsaicin-sensitive receptors release neuropeptides that cause local inflammation. To reduce these, the body produces additional peptides. "This has led to a new line of research, which started with my PhD work. We managed to demonstrate that anti-inflammatory peptides also act on different receptor structures and we confirmed the existence of an endogenous analgesic system, whose members are released in response to certain stimuli and reduce pain systemically.

This has led us to the experiments that have shown that it is possible to produce drugs - this is still animal data - that act on these receptors to produce new types of anti-inflammatory, analgesic drugs." – emphasized professor Pintér.

This is the physiological basis for the pharmacological research that have been launched and have opened up a new aspect of pain relief. The research currently under way has two directions. The first is the study and application of the possibilities offered by the endogenous analgesia mentioned earlier. The other is that this system can be activated by capsaicin. A very old method is capsaicin rubbing, which results in the release of neuropeptides such as somatostatin, opioid peptides, and thus relieving pain. The major disadvantage of this application, which is usually based on the use of cream, is that it contaminates clothes and hands, from where it can easily get into the eyes and cause discomfort. 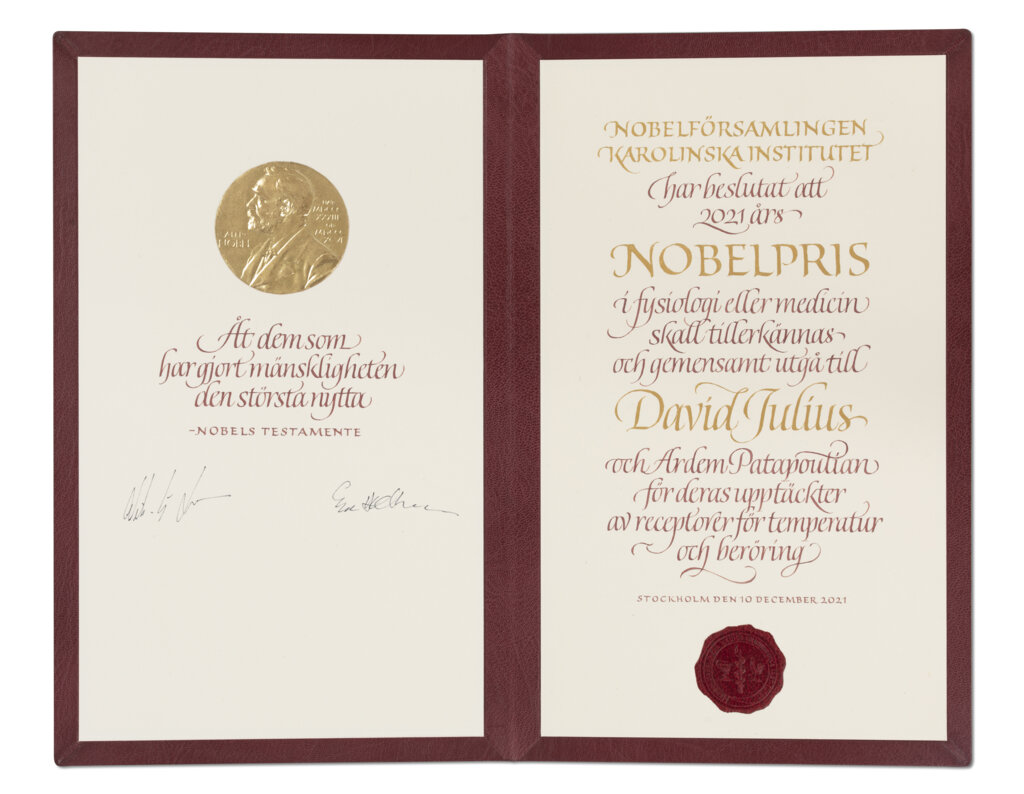 "We are now working to develop a transdermal patch with a silicone-based carrier system. This is where we would place the capsaicin. The advantage of the drug is that it delivers the active ingredient evenly over a long period of time, so the effect lasts longer." - added the director of the department.

The biggest advantage of this method of pain relief is that it is not the synthetic substance itself that relieves the pain, but a mechanism by which the lipophilic capsaicin flows out of the patch and through the skin, from the nerve fibres, releases inhibitory neuropeptides that achieve pain relief. "I think it is understandable that people prefer to use an agent that is not a foreign agent, and 'just' stimulates the functions they already have. On the other hand, capsaicin, which is responsible for the pungency of peppers, is a natural substance that has been used for a very long time and is well known," - Erika Pintér pointed out.

The patch can also be used in combination with other NSAIDs. It can also be used as a warm-up agent, for example to prevent sports injuries in active athletes or to facilitate exercise for older people.

The exact function of the so-called poly-modal receptors, similar to the "capsaicin sensing" receptor, which can also be activated by some kind of stimulus - heat, chemical, mechanical, etc. - and are present in other cells, such as skin and immune cells, is still being researched. These receptors have also been detected in the central nervous system, opening up new treatment options for various neurodegenerative or inflammatory diseases and mood disorders.

Patches that contain capsaicin are already on the market, however, until now, completely different delivery systems have been used. Silicone is a new option that allows the capsaicin to be absorbed uniformly, thus producing a long-lasting effect.

However, drug development is a very long process and everything needs to be studied and tested as thoroughly as possible. "There are new projects and tenders that give us the opportunity to take this scientific research further," said Erika Pintér.

University of Pécs Centre for Neuroscience »