For the fourth year in a row, a used mobile phone collection campaign called "Bring it back, Bro’!" has been running successfully, jointly launched by the Jane Goodall Institute, the KÖVET Association, the Foundation for Africa and the Védegylet Association, and the University of Pécs joined the initiative 2 years ago with the involvement of BAVEP Partners.

The campaign is gaining popularity, with participants collecting a total of 2.5 tonnes of used phones at more than 640 locations since 2018.

The aim of the campaign is to collect as many data-scrubbed, no longer usable mobile devices, such as phones, GPS gadgets or tablets and chargers as possible as a donation, thus facilitating the circular economy and helping to save the habitat of Congolese primates and the lives of local communities.  According to the principles of the circular economy, metals extracted from recovered phones during processing are recycled. Learn more about how and why »

The ‘Bring it Back, Bro!’ Autumn 2021 campaign was launched in Pécs with 12 collection points, with the involvement of the Baranya Virtual Power Plant Programme Partners (BAVEP), the UP Green University programme, as well as the Tolna County Chamber of Commerce and Industry, the Somogy County Chamber of Commerce and Industry, and the Hungarian Innovation and Efficiency NKft. partners.

Following the success of the 2021 spring campaign, the autumn campaign was expanded at regional level. 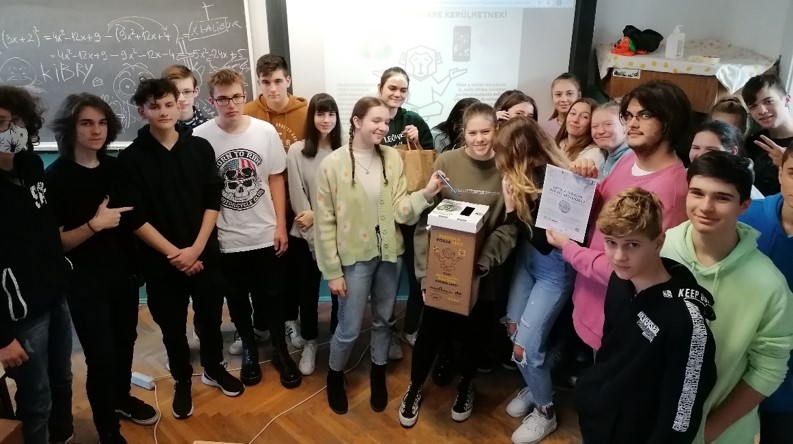 The collection campaign was advertised in BAVEP partner schools (all 3 UP practice schools in Pécs, Leőwey Klára Secondary School in Pécs, St. Mór School Center in the Diocese of Pécs), which several other schools of Baranya, Tolna and Somogy county, and the Green Kindergardens of Pécs decided to join as well.

The region-wide collection campaign resulted in the collection of an outstanding amount of used devices. Thanks to the campaign in 3 counties, the people donated:

Read more about the project at the Green University's website »