Out of two hundred applicants, around two dozen remain in the strict selection tests of the European Space Agency and the HUNOR programme; the plan is to have a Hungarian astronaut visit the International Space Station in 2024. One of the selected is dr. Ádám Schlégl assistant lecturer, medical specialist at the University of Pécs Clinical Centre, Orthopaedic Clinic. His motivations include planned experiments and their scientific potential, and his childhood wish for adventure that persists to this day.

The start of the HUNOR (Hungarian to Orbit) programme was announced in 2021 Autumn by Orsolya Ferencz, ministerial commissioner for space research at the Ministry of Foreign and External Affairs. The almost 100-million-dollar programme selects the scientific project to be implemented in space, and the Hungarian researcher astronaut as well, who would head to the International Space Station (ISS) in 2024, if all goes according to plan, for a month-long mission. Based on the online information on kormany.hu, the selection process is in cooperation with the European Space Agency (ESA), in accordance with the astronaut policy of the ESA. The tests include serious physical and psychological testing and professional assessments.

Applications for future astronauts were open until January 31, 2022. Until this date, over 240 valid applications arrived, and after the first round of evaluations, 100 passed to the next steps of the selection process. In the second step, about half of the group passed.

Now there are about two dozen of them left, including dr. Ádám Schlégl assistant lecturer, medical specialist at the UP CC Orthopaedic Clinic. 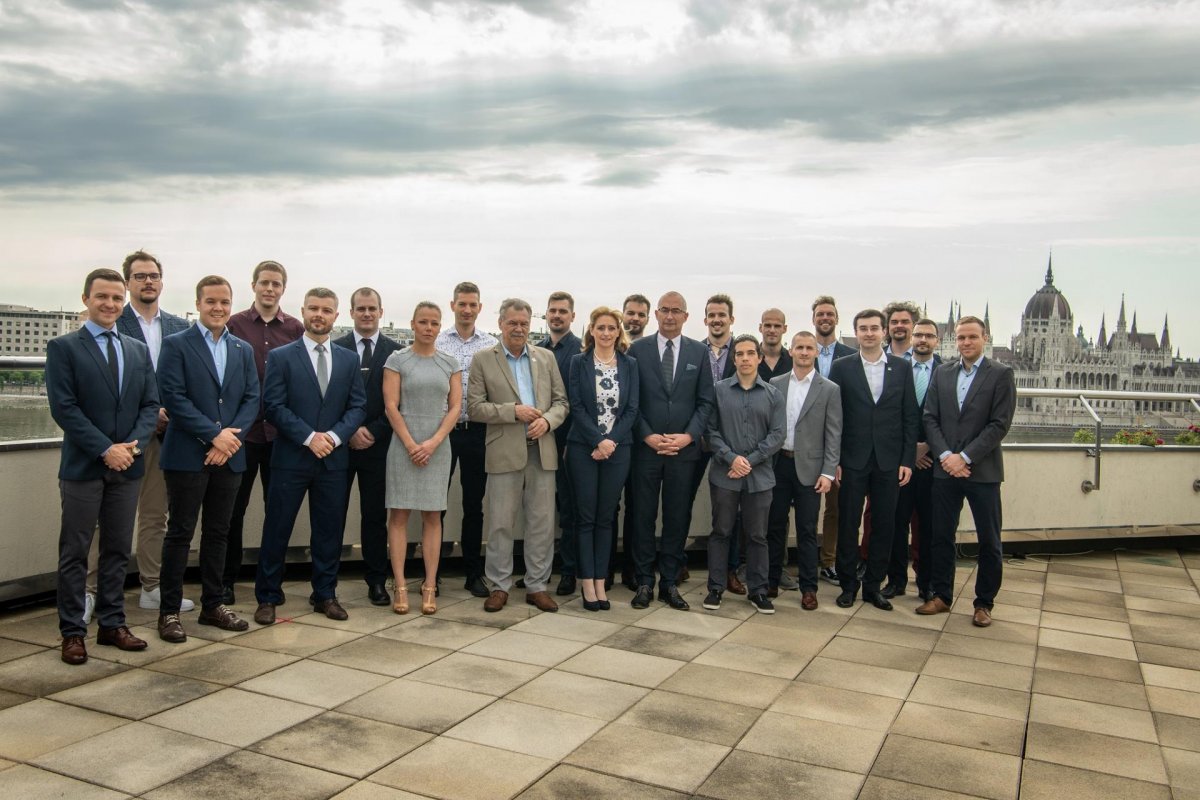 “There was a serious filter already before the first step of the online test; it determined basic requirements of physical attributes of aspirants” – said dr. Ádám Schlégl. “Those who fulfilled these could start the online test that assessed the basic necessary skills. We had two weeks for filling the test – mostly consisting of natural sciences – and modules could be started one by one.”

The best results of the first test could go on to the second round, where applicants underwent psychometric and psychological tests. Dr. Ádám Schlégl was among them. As he said, the mission requires personalities who are balanced and calm even under pressure, and their good decision making does not stop in stress; they must be creative, capable of multitasking, make decisions quickly and firmly based on available information, and are also good team players who can still handle being far from their families and outside of their comfort zone. 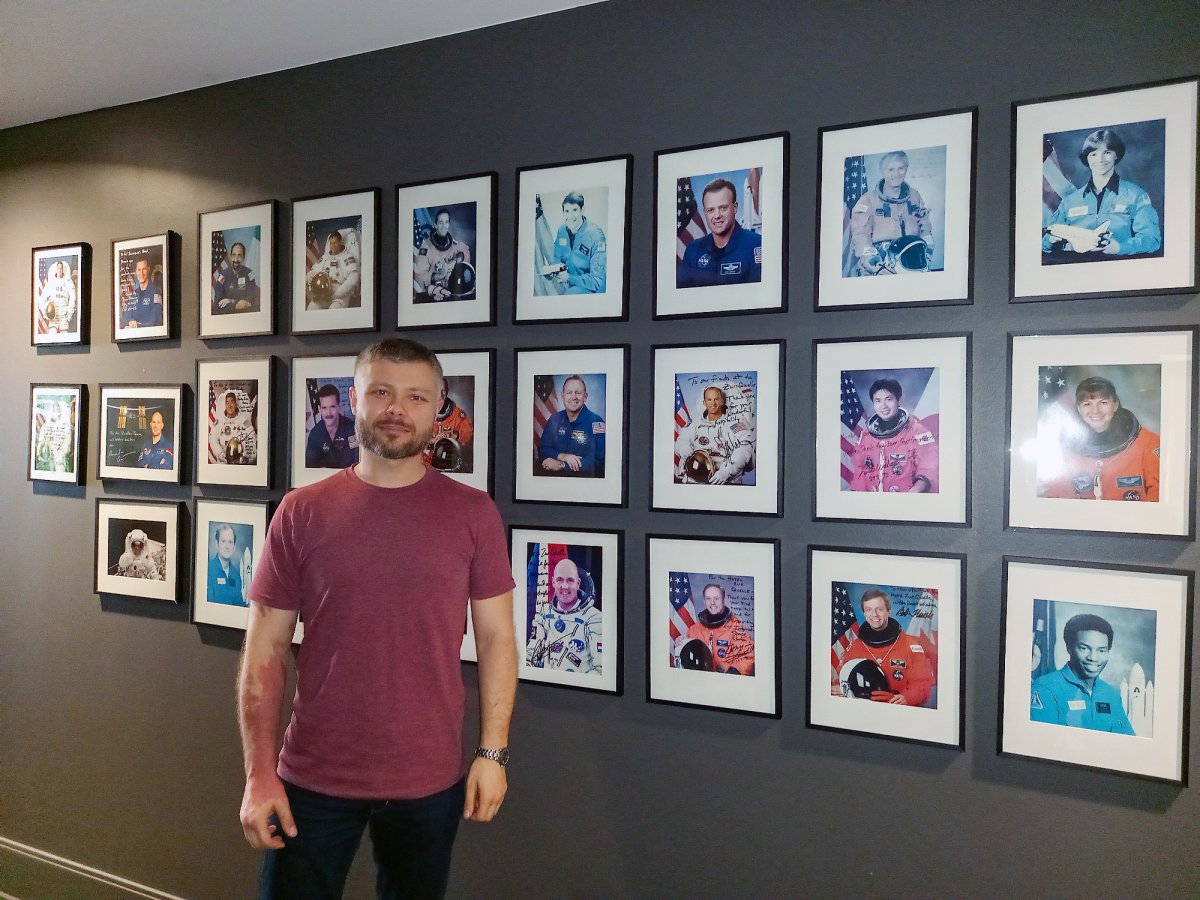 “The first round of psychometric and psychology tests was organised in Hamburg. There was serious emphasis on logic, memory, spatial orientation, and knowledge in natural sciences and English – the latter of which is extremely important for future astronauts.

26 people got into the second round in Cologne between the end of May and beginning of June. Aside from tests, we took part in interviews, pair work and group work all to assess our competences. The next steps will include physical and health check-ups, for which we need to hand in certificate of approval from an aviation medical examiner. I hope that I will pass the criteria of this section without any issues, but just to be safe I have upped my training regimen lately” – added dr. Ádám Schlégl, who has been active in martial arts since he was 5.

The first part of the next level takes place in Hungary, continuing in Germany from September – and results are expected to be announced in autumn.

Applicants of the HUNOR programme will have to succeed in a few more stations until there are only two remaining: one astronaut and the backup. They will be subject to a roughly six-month training in the United States of America, in Houston, organised by Axiom Space Inc. This training will include simulations (parabolic flight, multiple hours of underwater training) to prepare them for space travel and living at the International Space Station. The astronaut will also participate in the necessary special trainings in the training centres of Axiom Space Inc. and NASA. 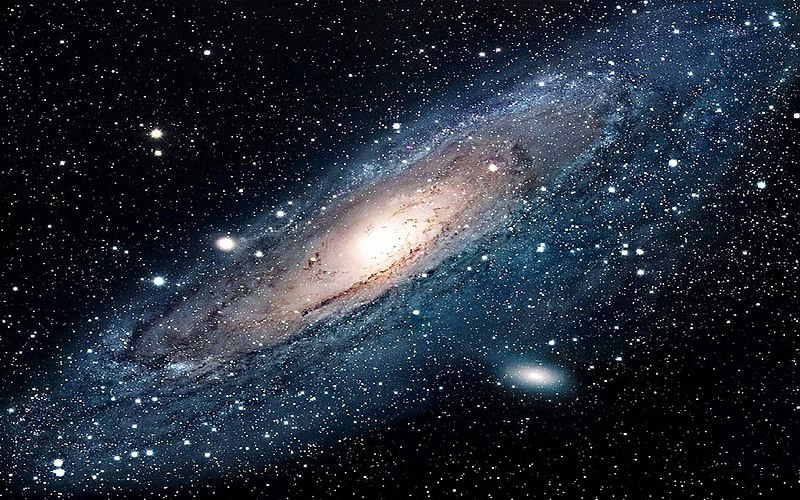 “Going into space might be the biggest adventure, the most special experience a human can have.

Almost all children have a point in their lives when they are very interested in space. Many end up losing this interest, but that was not the case for me, I am still a space fan. Moreover, the experiments to be conducted and their scientific potential and the wish for adventure are all motivation for me.” – said the clinician.

As he said, there are a few other doctors in the selection, but as far as he knows, he is the only one of them who is still in the contest and also practices actively, but there is a research doctor and biologist still in the ever-smaller group. The selected people include engineers, physicians and astronomers, as well as a biologist and diver-archaeologist. Dr. Ádám Schlégl emphasised that during the selection before the final decision it is not the average of partial points that will be taken into account, but who among the applicants is capable to perform best in all fields involved.