His Excellency, Masato Otaka, Ambassador of Japan to Hungary, paid an official visit to Pécs on 22 June. He met dr. Attila Miseta, rector, dr. Miklós Nyitrai, dean of the Medical School, and dr. István Tarrósy, director of the International Centre in the Rector's Board Room, where during the nearly hour-long discussion, they discussed Japanese students, academic exchanges, Japanese language education and cultural relations in order to explore development opportunities. 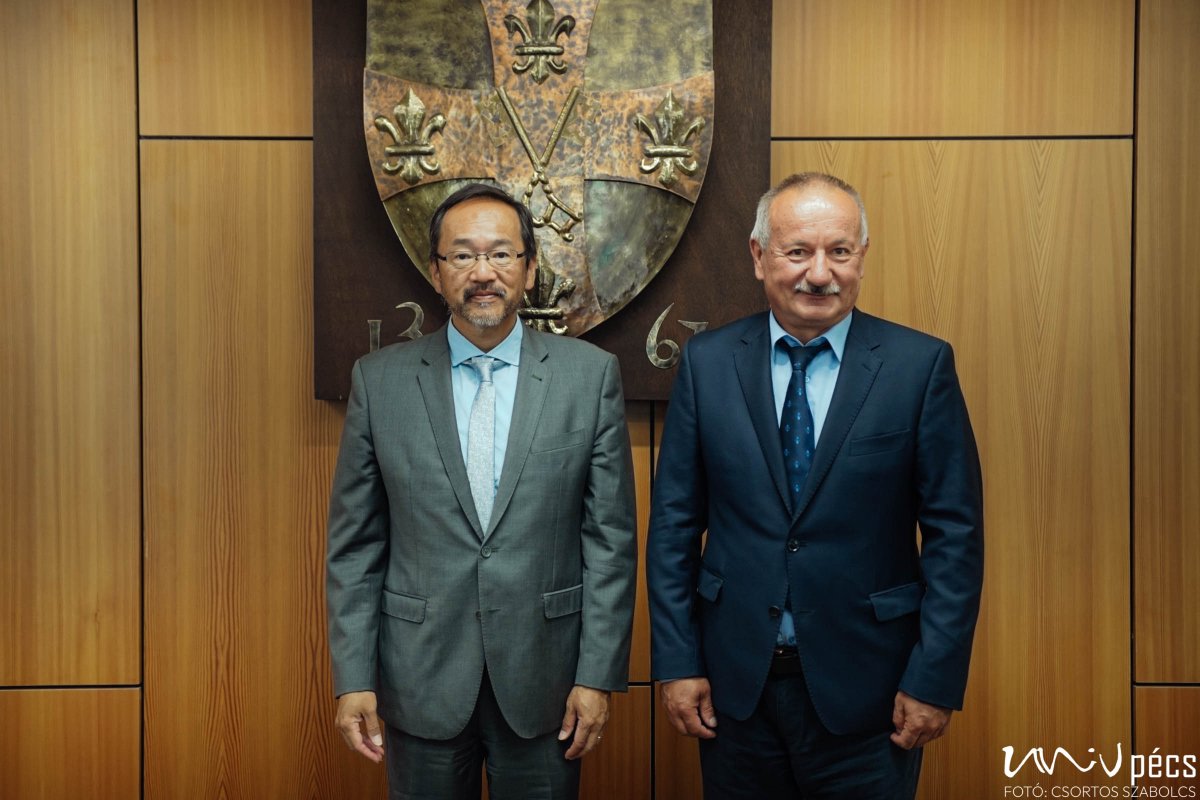 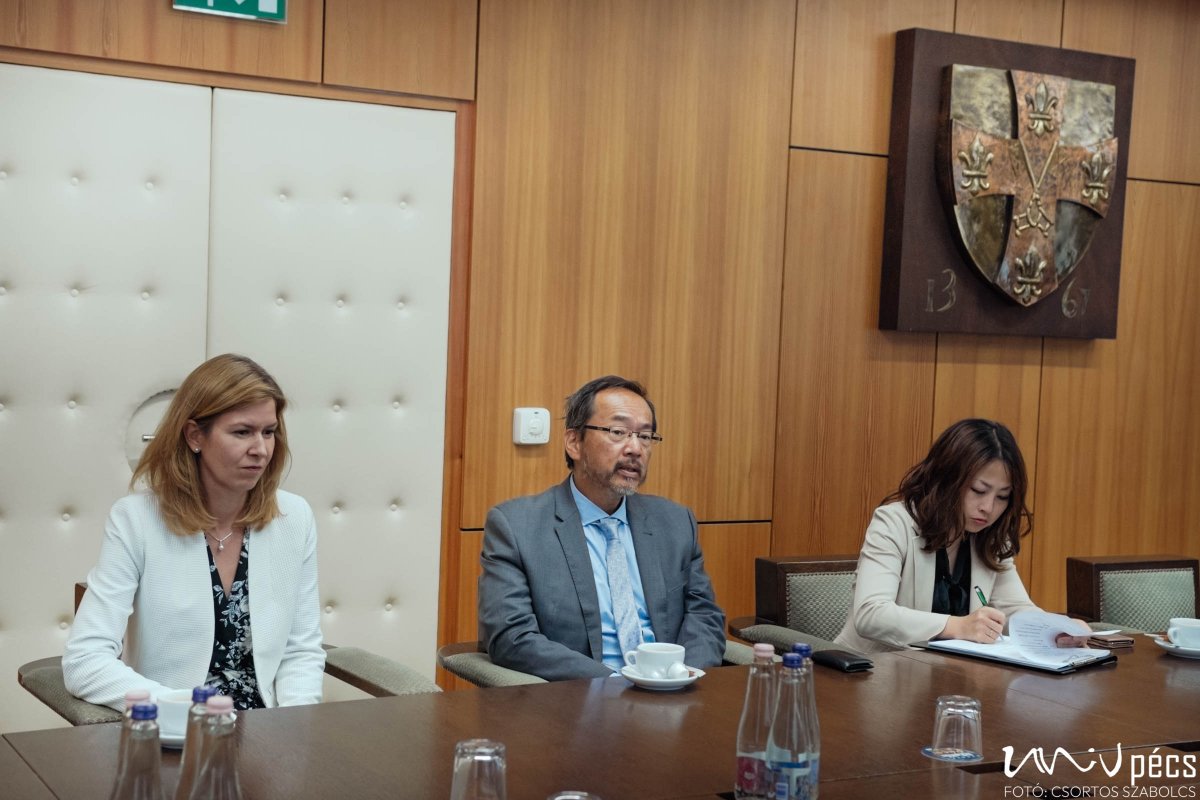 "We also have a good relationship with the Universities of Tokyo and Saitama," added rector Attila Miseta, who also considered it important that the more than hundred Japanese students studying here are among the best.

- he emphasized. He also recalled his own professional visit to the University of Tokyo, whose centenary celebration he was also lucky enough to attend. "We are very proud that the Ambassador of Hungary in Tokyo, Japan, dr. Norbert Palanovics, is an alumnus of the University of Pécs and graduated from the Faculty of Business and Economics," - the rector highlighted.

His Excellency, Masato Otaka, reported that the first thing visitors of the Hungarian Embassy in Tokyo can see are beautiful pictures of Pécs, so he was especially pleased to have the opportunity to visit the city in person. The ambassador inquired about the students studying here and the available Japanese language programmes, the possibility of cultural and musical cooperation. The educational role of culture, Japanese gardens and gastronomy were also discussed.

"I am grateful to be able to get to know Pécs during my short visit, I think it must be a great pleasure to study in such a beautiful city!" emphasized His Excellency, Masato Otaka. 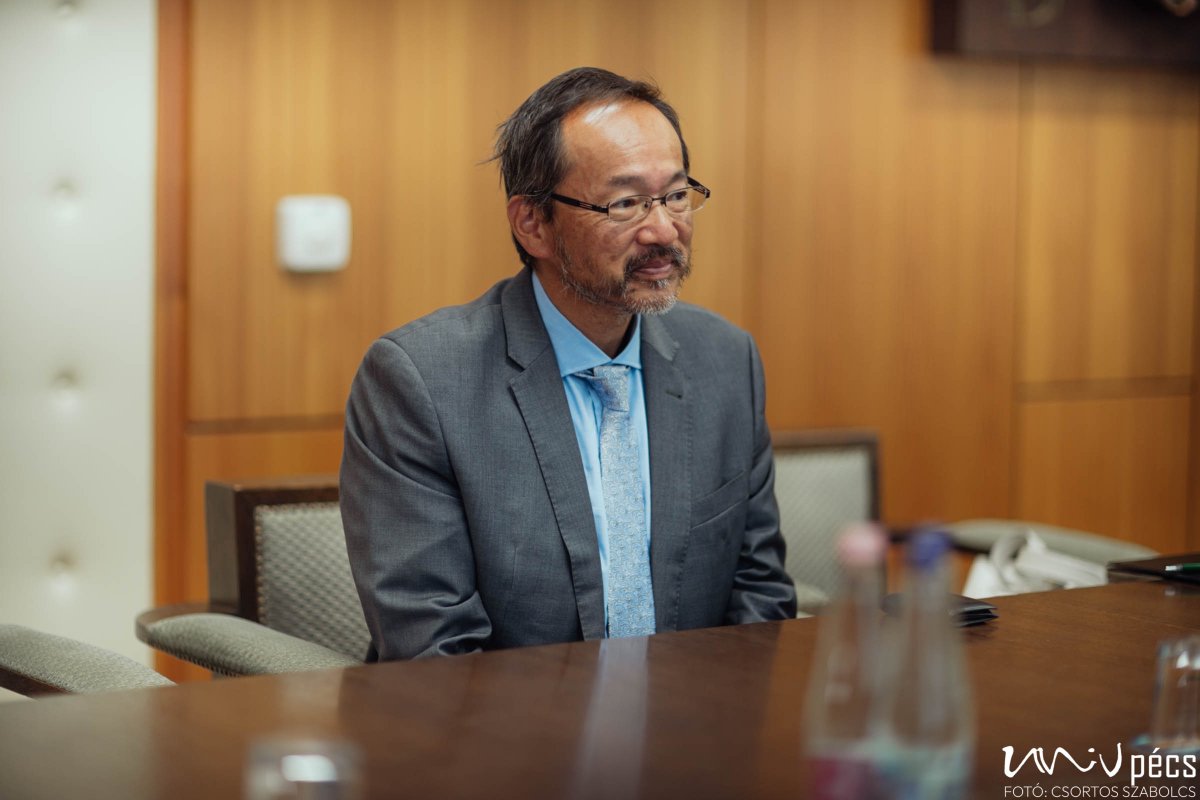 "As the next step in cultivating and developing the Japanese-Hungarian relationship, we are focusing on attracting Japanese lecturers to Hungary, who would teach at the University of Pécs for one or two semesters", - said dr. István Tarrósy, who spoke about further plans, and the university's international activities, adding: "We are very pleased that 4,600 foreign students are pursuing different levels of studies at the University of Pécs, who can choose from more than one hundred foreign language training programmes." The professor proudly introduced the international programmes and the diversity of students, highlighting the International Seasons series of events aimed at both city and university citizens, within the framework of which it was possible to get acquainted with the exciting aspects of Japanese culture on several occasions, such as Japanese writing systems and the Japanese tea ceremony.

"Our respect for the cultural and historical background of Japan and the possibility of high level scientific cooperation are solid foundations of our connection. We are very pleased that the Japanese students of the English-language medical training programme, which has been established nearly forty years ago, are very motivated and they are performing very well", emphasized dr. Miklós Nyitrai, dean of the Medical School, University of Pécs. The ambassadorial delegation then also visited the renewed campus of the Medical School and met the students there. 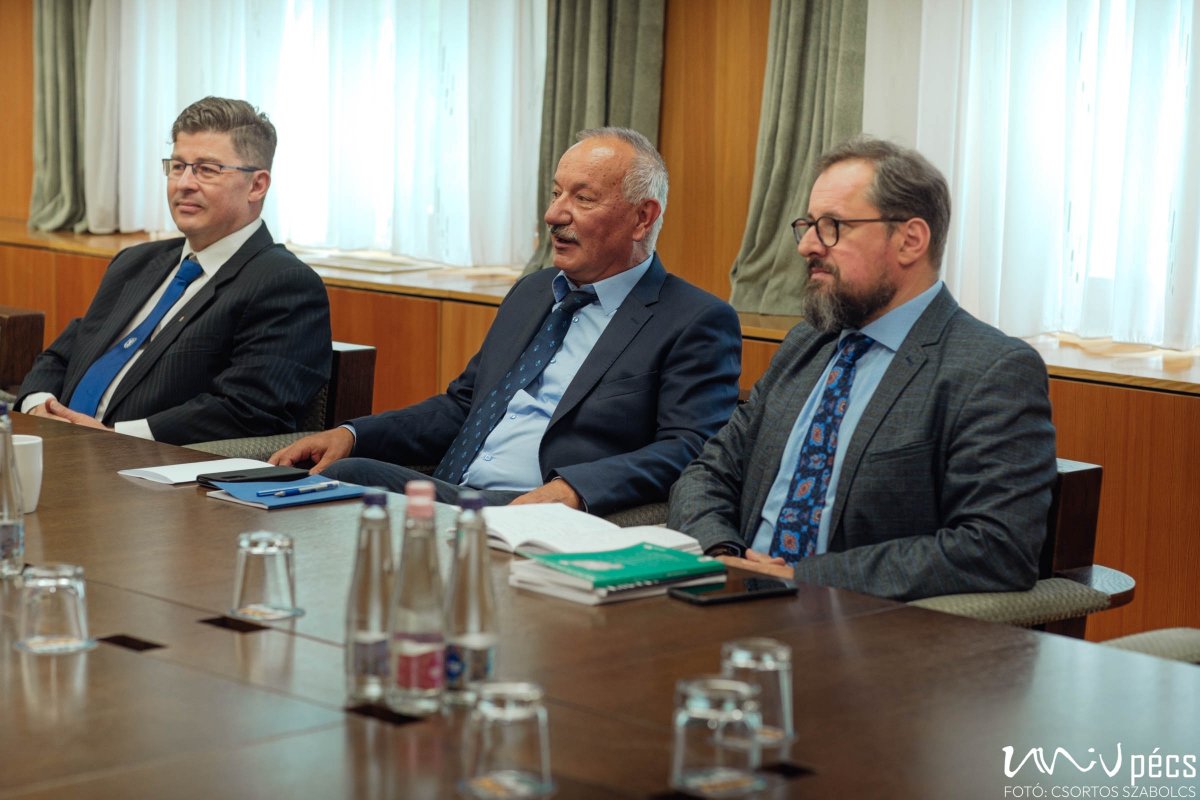 In the afternoon, the ambassador opened the temporary exhibition titled Lustrous Butterflies and High-gloss Herons in the Zsolnay Museum of the Janus Pannonius Museum, which gives an insight into the Museum's Japanese collection and Zsolnay-Japonisme. The special exhibition will be on display from 23 June to 2 October.