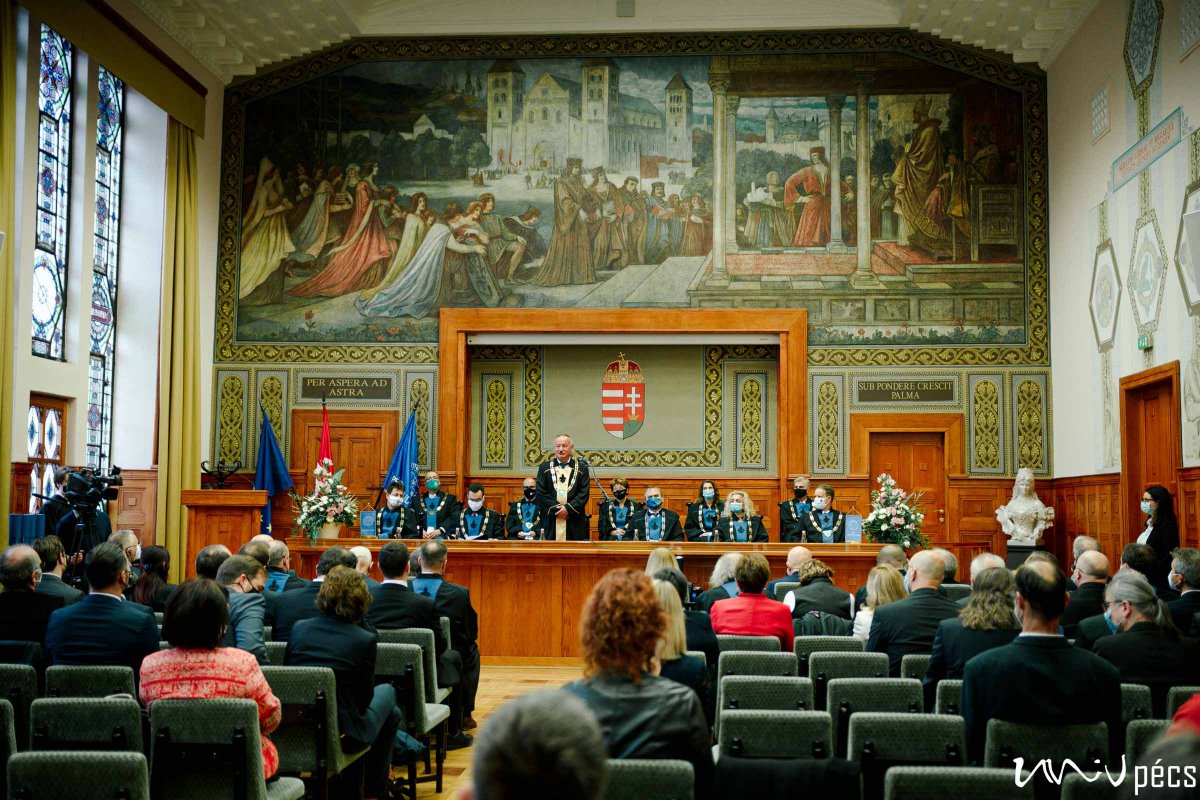 "Today, we inaugurate honorary doctors, prominent, internationally recognized scholars who, beside their achievements, have helped the work of the University of Pécs for a longer time. They participate in our joint research projects; they welcome our doctoral students and they visit UP to teach" - said rector Attila Miseta in his welcome speech at the ceremony. At the festive occasion organized honouring the Day of Hungarian Science (3 November), habilitation degrees have also been conferred. Since 1994, more than a thousand habilitations have taken place, where many excellent scholars, who have become illustrious professors later, have delivered their professional lectures in Hungarian and in foreign languages. Celebrating those, who have served our university for decades, deserving the Professor Emeritus title. For years of excellent educational and teaching the Medal of the Pedagogical Service has also been conferred. 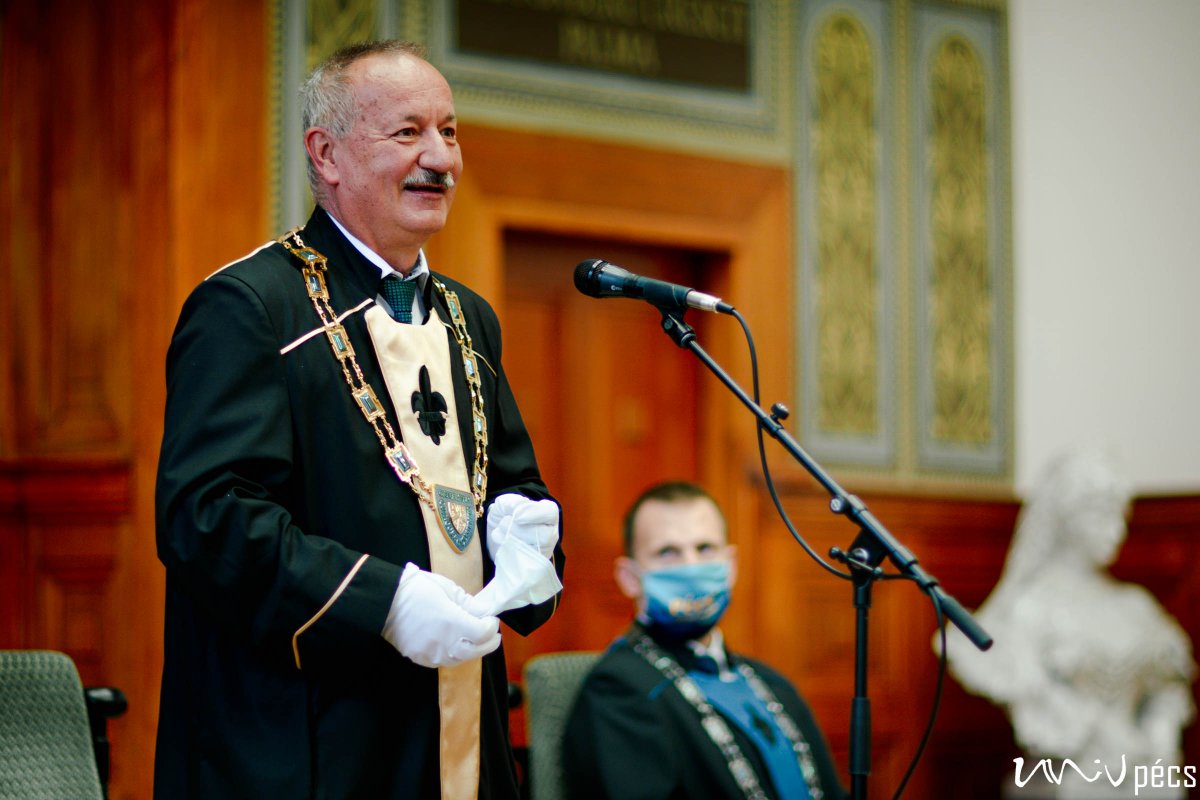 "It is a pleasure to see diversity and generational continuity together, based on which science, education and practice form our world, supplementing, supporting each other! We wish you further professional success for this!"

- highlighted the rector of the University of Pécs.

New Honorary Doctors of the University of Pécs 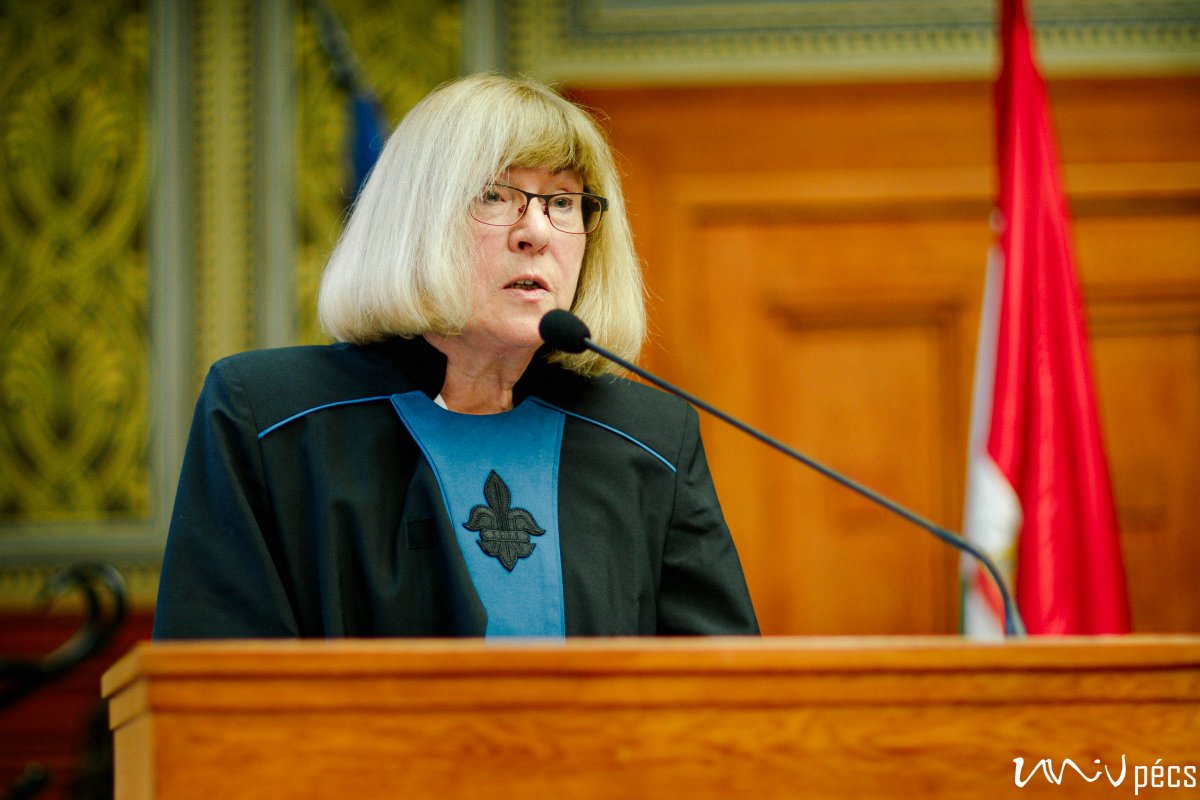 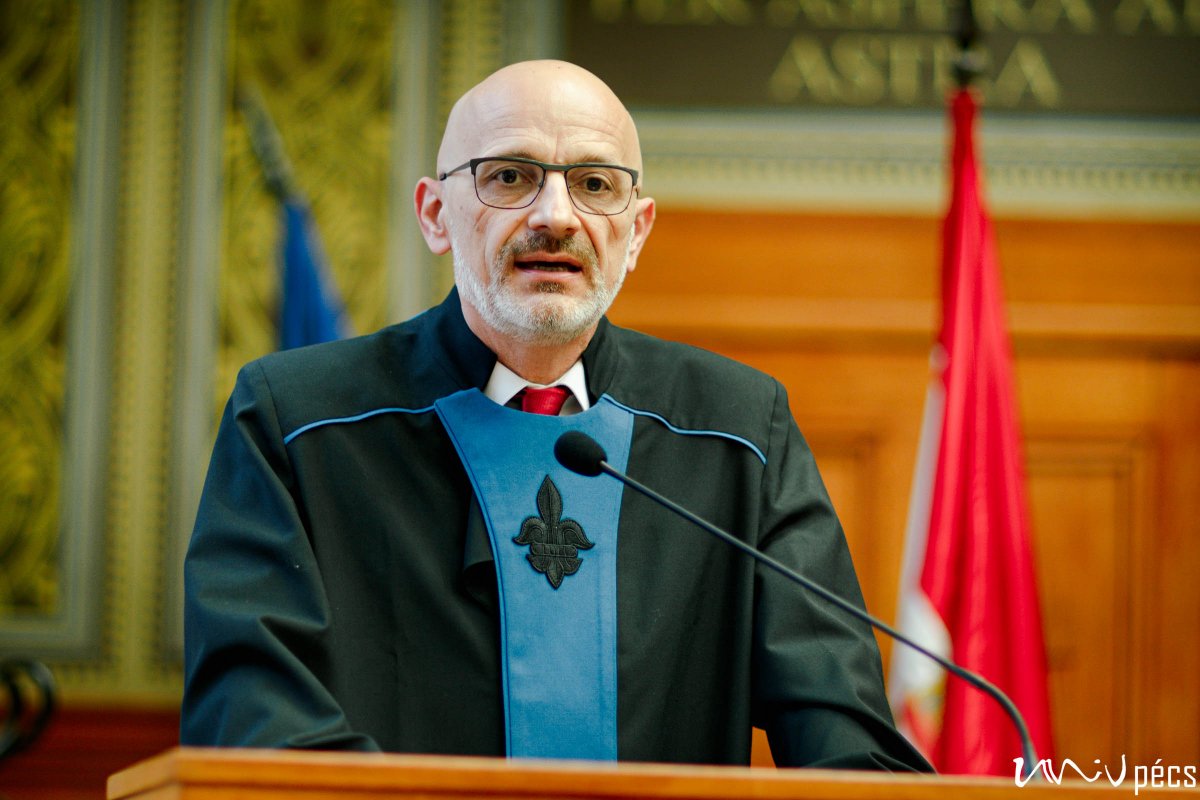 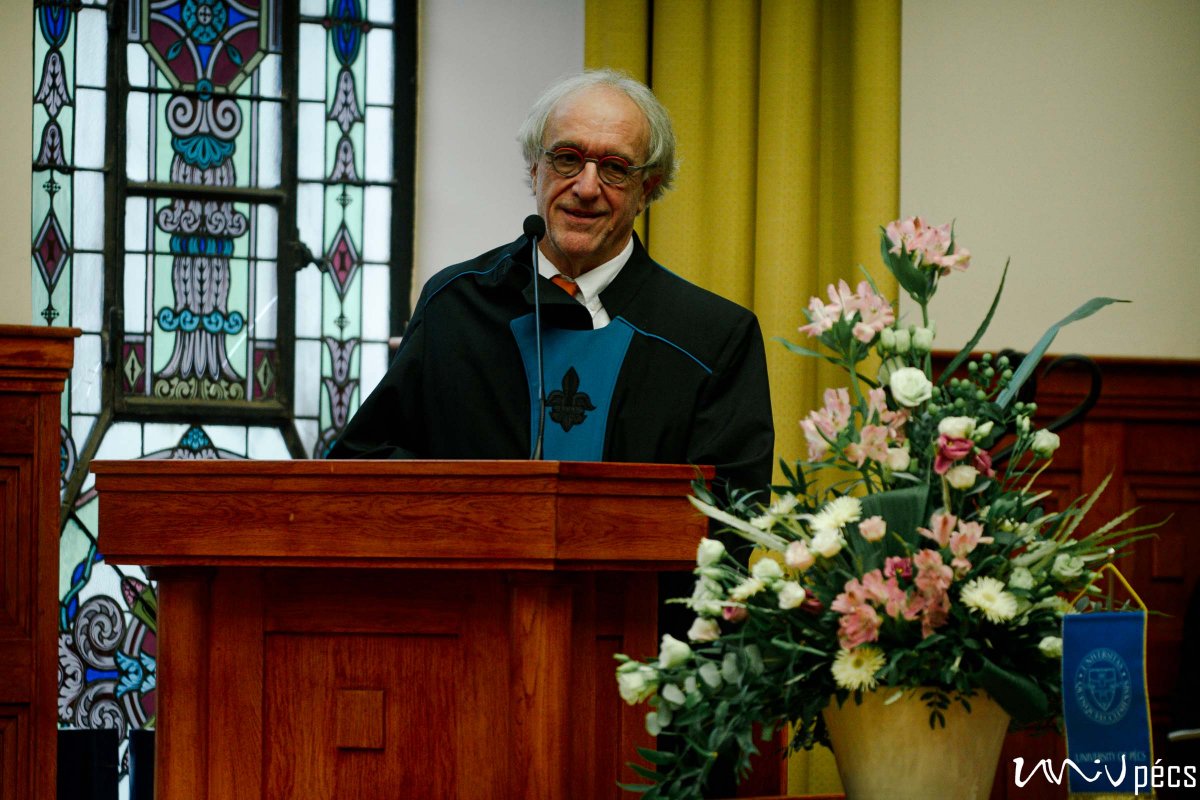 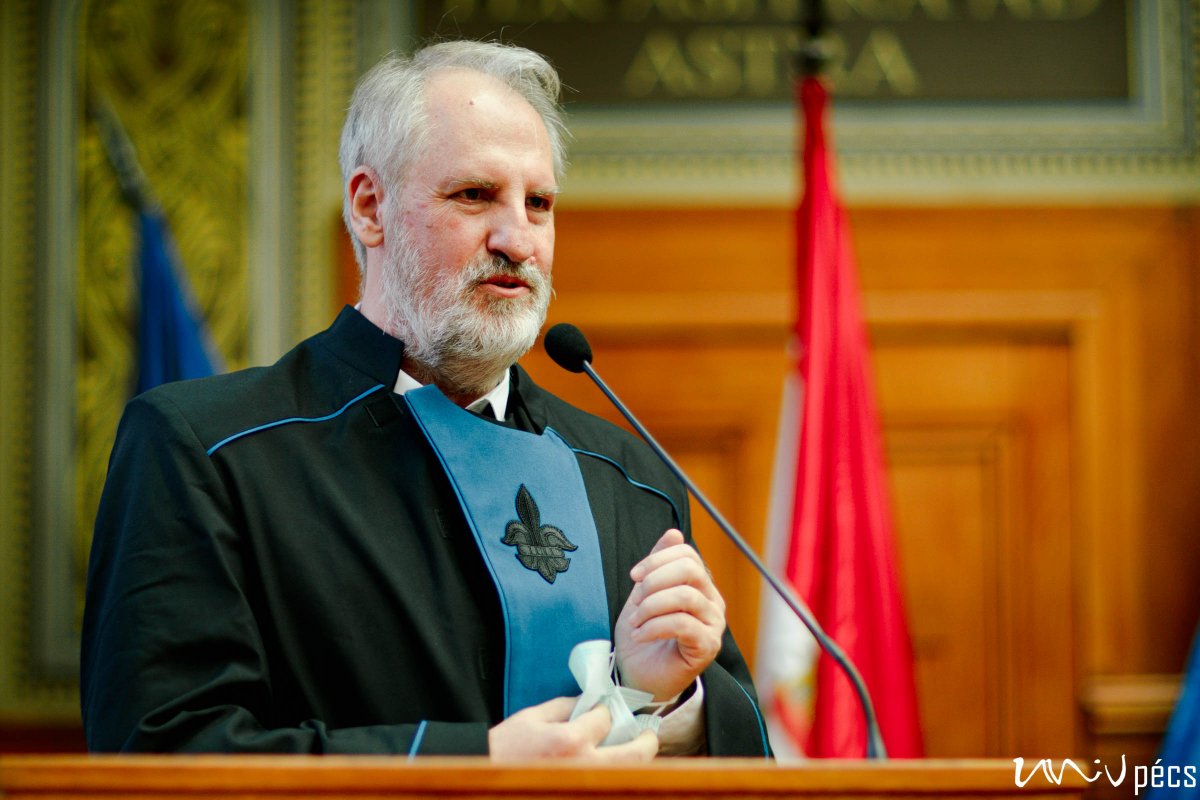 Dmitri Anatolyevich Funk is an ethnographer, cultural anthropologist, at the present time he is the director of the Institute of Anthropology and Ethnography of the Russian Academy of Sciences. He is a prominent, determinant person of the Russian ethnographical life who, due to his career as a scientist and as an institution manager, was a motor of the renewal of Russian researches and their involvement in the mainstream of the international researches. Dmitri Anatolyevich Funk professor has an outstanding role in the reformation of the Russian Siberian researches and of ethnography, the life of the cultural anthropological institutions in general. He has been in close relationship with the Hungarian scientific life for decades.  His connections with the Department of Ethnography – Cultural Anthropology of the University of Pécs are especially fruitful. In the spring of 2009, he participated in the department’s Marie Curie tender (“From Hungarian Ethnography to European Ethnology and Cultural Anthropology”), within the framework of which he held 2 courses: “Native folks of South-Siberia: ethnohistory, culture and dynamics of changes” and “Introduction to the Turkish epic tradition”. Dmitri Anatolyevich Funk plays the role of a bridge between the national, within it that of Pécs, and the Russian ethnography: he regularly appears in publications in Hungarian and he publishes Hungarian publications in Russian language. 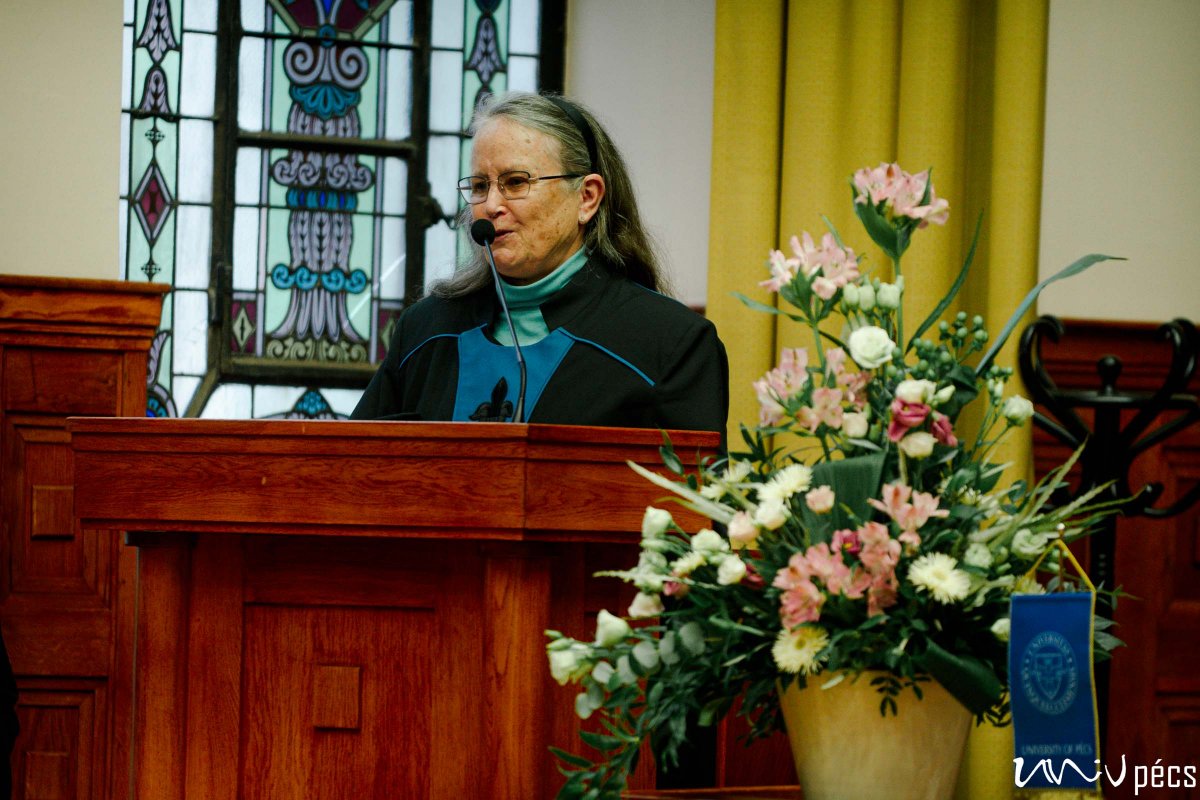 Dr. Vicki L. Golich, who is Provost and Executive Vice President of Academic Affairs at the Metropolitan State University of Denver, has been a key player in strategic planning of joint projects of the MSU Denver and the University of Pécs. As an outstanding expert in international relations, she has contributed significantly to the development of close collaboration and continues to be actively involved in maintaining this relationship. The result of her ongoing efforts is a professional cooperation between the two universities, covering both teaching and research activities. Dr. Vicki L. Golich became Executive Vice President at MSU Denver in 2009 and is a professor of the Department of Political Science. Before that, she had climbed the academic ladder at California State University San Marcos (CSUSM) and became a professor in 1998. She was interim dean of the College of Arts and Sciences at CSUSM, than was elected dean from 2004 through 2009. Her main field of studies has been international and diplomatic relations. During her undergraduate studies, she spent 18 months at Universität des Saarbrücken in West Germany, studying Political Science and International Relations. She earned her Master’s Degree at California State University, Fullerton in International Relations Theory and Comparative Politics. In 1984, she received her Ph.D. at University of Southern California with emphases in International Political Economy, International Relations Theory, and Comparative Politics. Dr. Golich has an extraordinary passion for education and is a renowned expert in the field, conducting many teaching workshops around the world, combining interactive teaching models with her own research. She writes about her research field as sensible as about education. It is evident from her curriculum vitae that, besides teaching and research, she is also an experienced leader, who managed many important projects successfully. As a result of her proactive participation, financial support became available for joint projects of the MSU Denver and the UP, thus enabling our lecturers to gain access to more research and teaching opportunities. 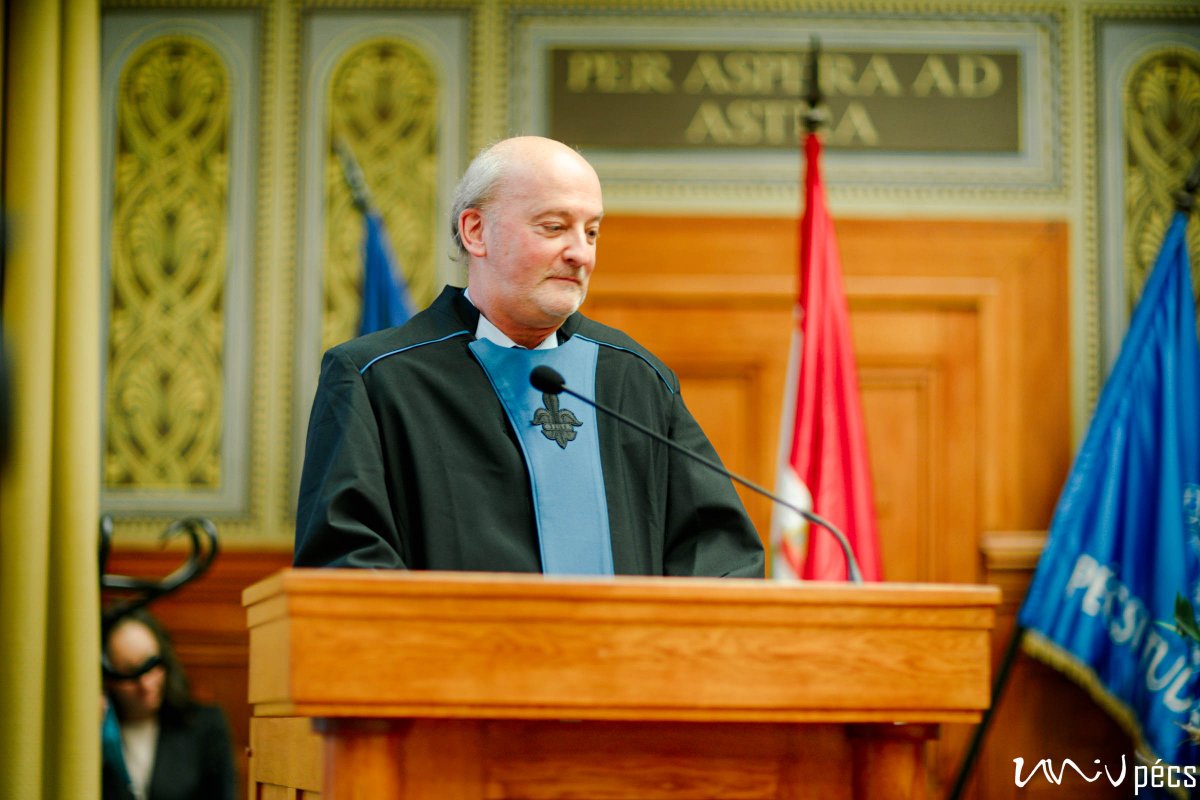 The name of Dr. Michael Kilchling, the senior researcher of the Max-Planck-Institut seated in Freiburg “agglutinated” with the scientific co-operations that have been in existence between the Faculty of Law of the University of Pécs and the Institution since the beginning of the 2000s. Michael Kilchling has regularly given lectures for 14 years at the international scientific symposiums named “Kriminologischer Sommerkurs” started at the initiation of László Korinek academician and organized at the Faculty of Law of the University of Pécs with criminological and criminal law topics and he rendered serious professional assistance for the strengthening of the international scientific reputation of the criminalists teaching at the Faculty of Law. He supported the research of several professors of the Faculty of Law in the biggest criminal research workshop in the world, at the Max-Planck-Institut für ausländisches und internationales Strafrecht and the winning of the Max-Planck-Stipendium. His research area covers almost every issue of criminology and criminal law, considered relevant and current by the international scientific community, such as fighting against money laundering and terrorism, typology of organized crime, handling the especially dangerous criminals etc. He is one of the most well-known international authorities of the science of criminology and victimology. 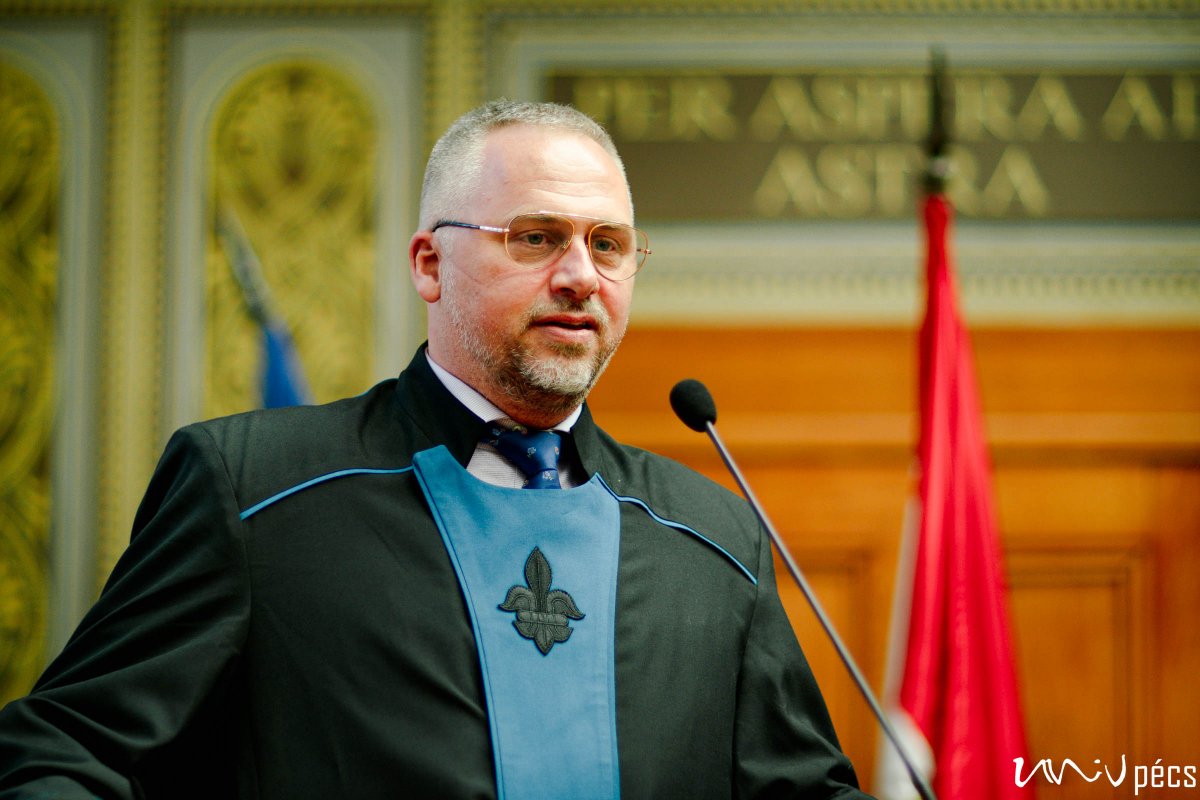 In January 2018, Erik Slooten arrived at the head of IT Services Hungary Kft./ Deutsche Telekom IT Solutions with nearly 20 years of senior management experience acquired in an international environment. He had worked at several global, market-leader mobile and ICT companies in regional positions, including in Slovakia with Slovak Telekom, the Czech Republic with GTS and T-Mobile, and Bulgaria with Vivacom. From August 2019, alongside his leadership of ITSH, he also undertook the global management of Public Cloud Service division at T-Systems International. His career is hallmarked by the introduction and transformation of major IT systems. In the course of his work he has achieved significant results, not only in the area of IT, but B2B sales, marketing and business development, too. As a manager committed to innovation, he is associated with several solutions introduced at international level. Beside technological innovations, he considers creating the possibility for the development of children for whom this opportunity is not available due to their social situation especially important. Accordingly, he initiated an educational programme where now more than 70 disadvantaged children are learning programming in Szendrőlád and Pécs.

In the field of biology:

In the field of health sciences:

In the field of theoretical medicine:

In the field of philosophy:

In the field of physics:

In the field of fine arts: