Put in the Effort to Achieve Higher Goals

Xin Yuan (Cindy) is an English major from Shandong University, Jinan province of China. She was very happy to be able to come to Pécs with a national programme, offered by Hanban, which is the headquarter of Confucius Institutes to teach Mandarin Chinese in two secondary schools Pécs, Leőwey and Babits. She arrived in Pécs in September 2019, I had the chance to talk to her about teaching, languages and other experiences in the Traditional Chinese Medicine Confucius Institute of the Faculty of Health Sciences, University of Pécs. 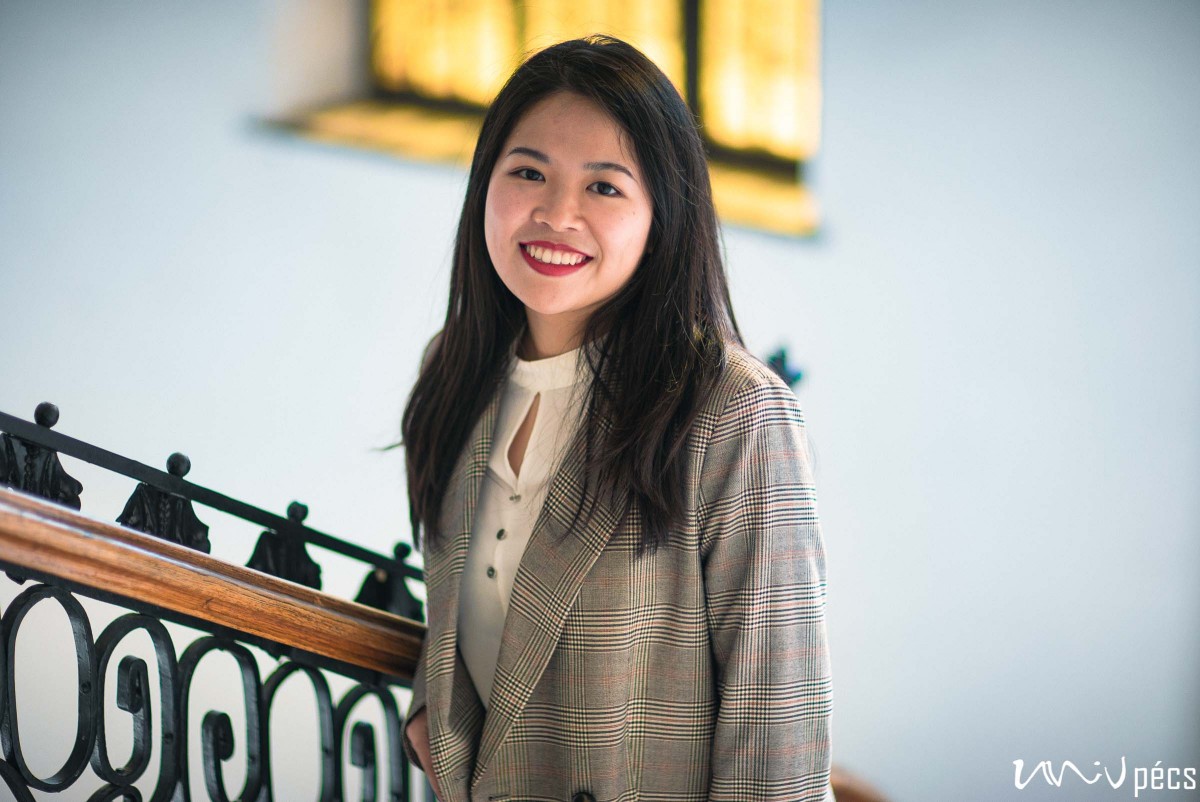 Where are you from?

From Harbin, which is a large city in the North of China with a relatively cold climate, now I think it is minus 20-25°C. But it can be as cold as -35°C. It is close to Russia, and there are many European style buildings because of the Russian influence. Since the city is famous for snow and ice, there is an annual snow and ice festival. Every year, there is a huge park where sculptures of snow and ice are exhibited, they are also lit in the evening, it is beautiful! There is also a huge slide, made of ice, which is about 50 metres high. 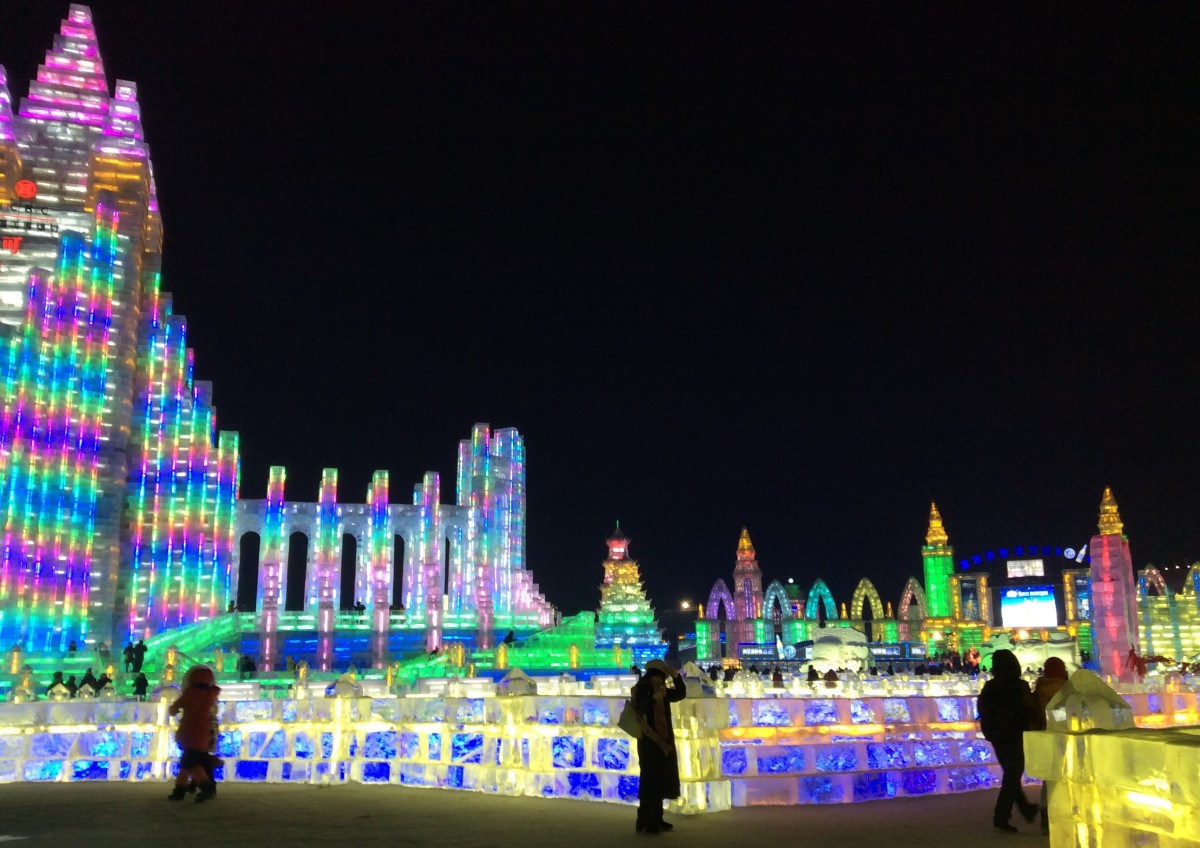 How far is your university from your hometown?

Two thousand kilometres. By plane it takes 2 hours, by high-speed express train it is 9 hours long, by the normal train, it will take a day and a night. My parents were happy for me when I got the chance to travel abroad, they also supported my decision not to study in my hometown but much further away.

They wanted me to achieve higher goals.

Are your students in Pécs beginners, or did they learn Chinese before?

I teach 40 pupils in my classes altogether. Two of the classes have learned Chinese for one year, and four classes are total beginners. I am surprised by how fast they learn! One of my classes is especially good! Every time I teach them something, they learn it immediately. I think they review after class, and they have great motivation for learning Chinese, which I really appreciate. Many of them like Chinese singers, celebrities, soap operas or animation movies.

How was it for you to come to the other end of the world?

I was so different! I read an article in my teenage years, it said that where you live in your twenties, will shape your lifestyle later in the future. The author of the article also gave an example of a girl, who lived in Paris for one or two years, after which experience she had that Parisian style. It is probably because the way you live here is totally different from China. 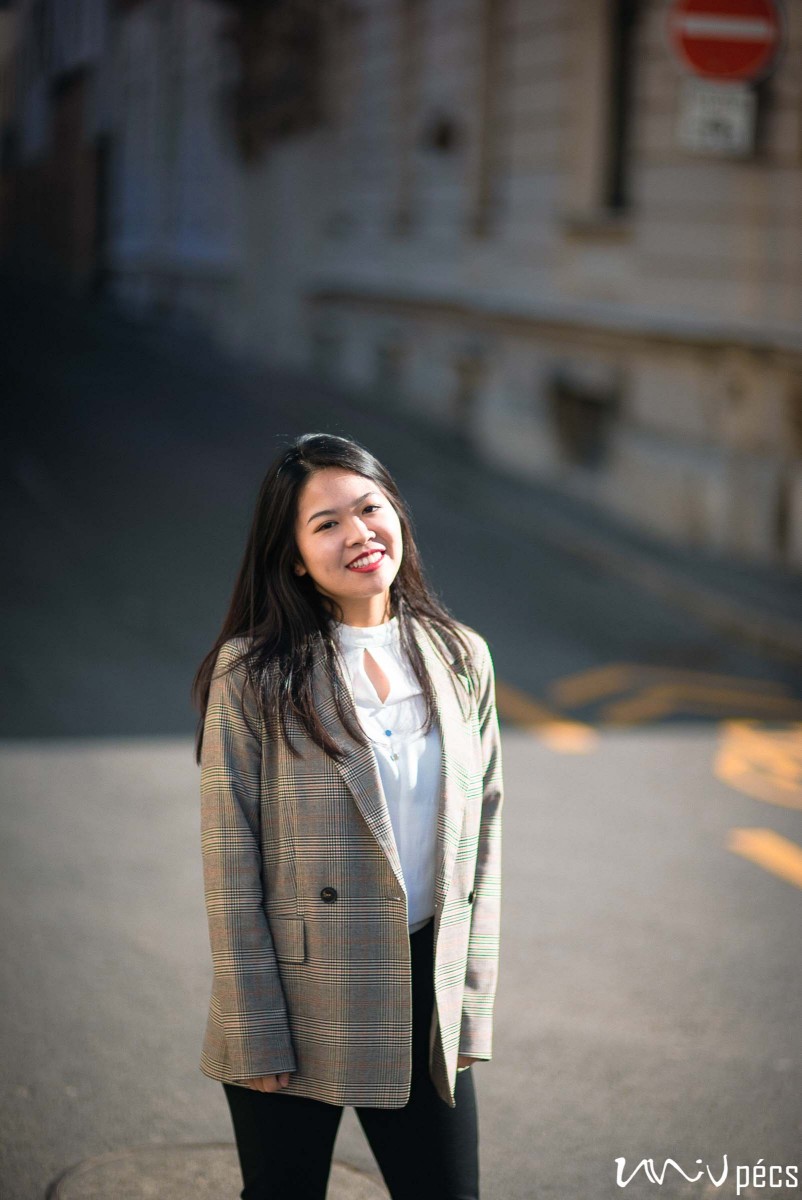 What is different here?

Pécs is so peaceful. I think it is favourable place to live, to settle down. It is one of my favourite places! When I first went to Budapest, I missed Pécs! I feel at home here!

In China, life is fast-paced, competitive. After we graduate, we have to face reality and find a job, which is stressful. Chinese people are diligent, they always work very hard, but sometimes they do not know how to separate life and work. Here, many shops are closed on weekends, which is not the case in China. They even stay open for holidays, weekends, because it is the best chance to earn money.

Do you teach Mandarin?

Yes, I teach Mandarin. It is the official language. It is taught in every school. We have 56 ethnic groups, and there are many dialects in China, maybe you have heard of Cantonese for example. I love how Cantonese sounds, and I have some close friends, who are studying Cantonese in Hong Kong. We watch a lot of Cantonese movies, and also listen to a lot of old soundtracks. It is a very attractive language, but it is relatively hard to learn, it is a different system. We have four tones in Mandarin, but they have nine tones. That is why Cantonese sounds so beautiful. 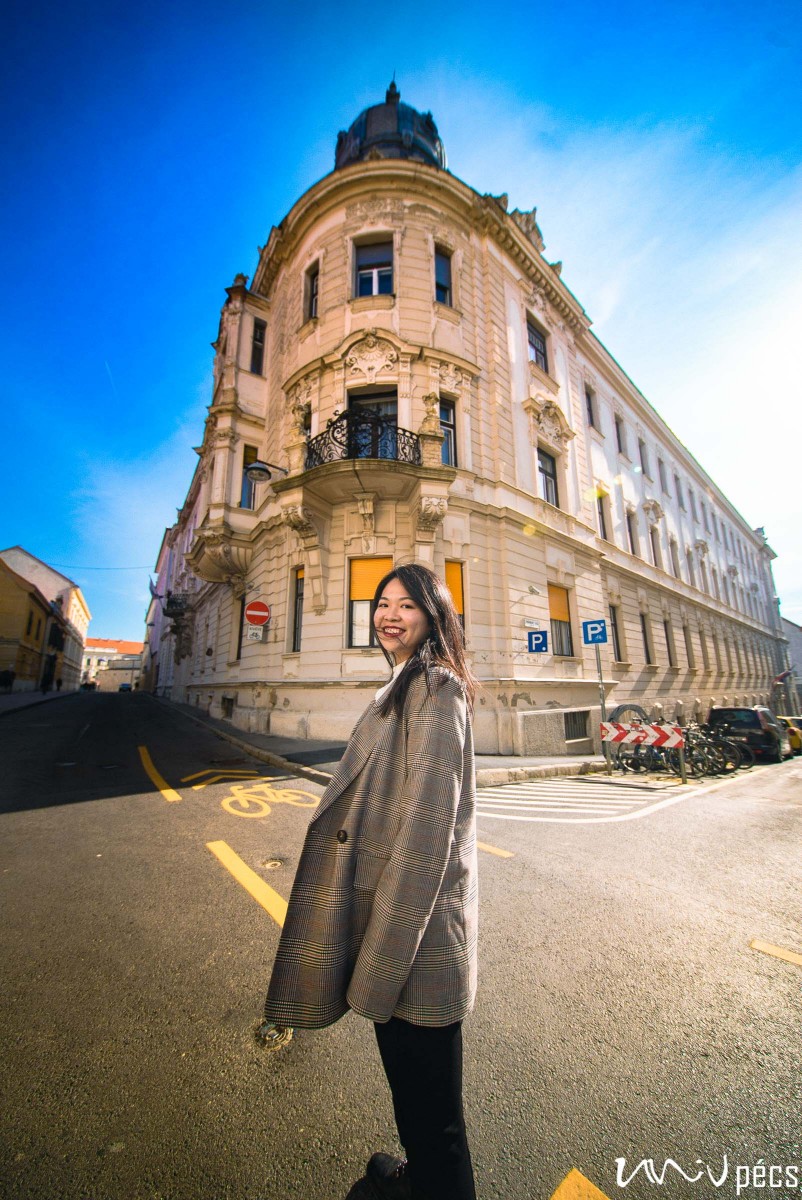 Especially in the Southern part of China, there are several dialects. Sometimes if people live in the same province, but in different villages, they cannot understand each other, if they both use their dialects. One of my roommates at my university is from Southern China, and every time she called home, it was like coded; we did not understand a word of what she said. We understood nothing at all.

What level are your students in Pécs? What do they know?

The students, who already studied for one year, they have passed the HSK Level 1 exam, that is the first, elementary level. They can understand some basic things, they are familiar with a lot of topics. I am trying to give them a cultural background knowledge as well, about modern Chinese way of life, and society. 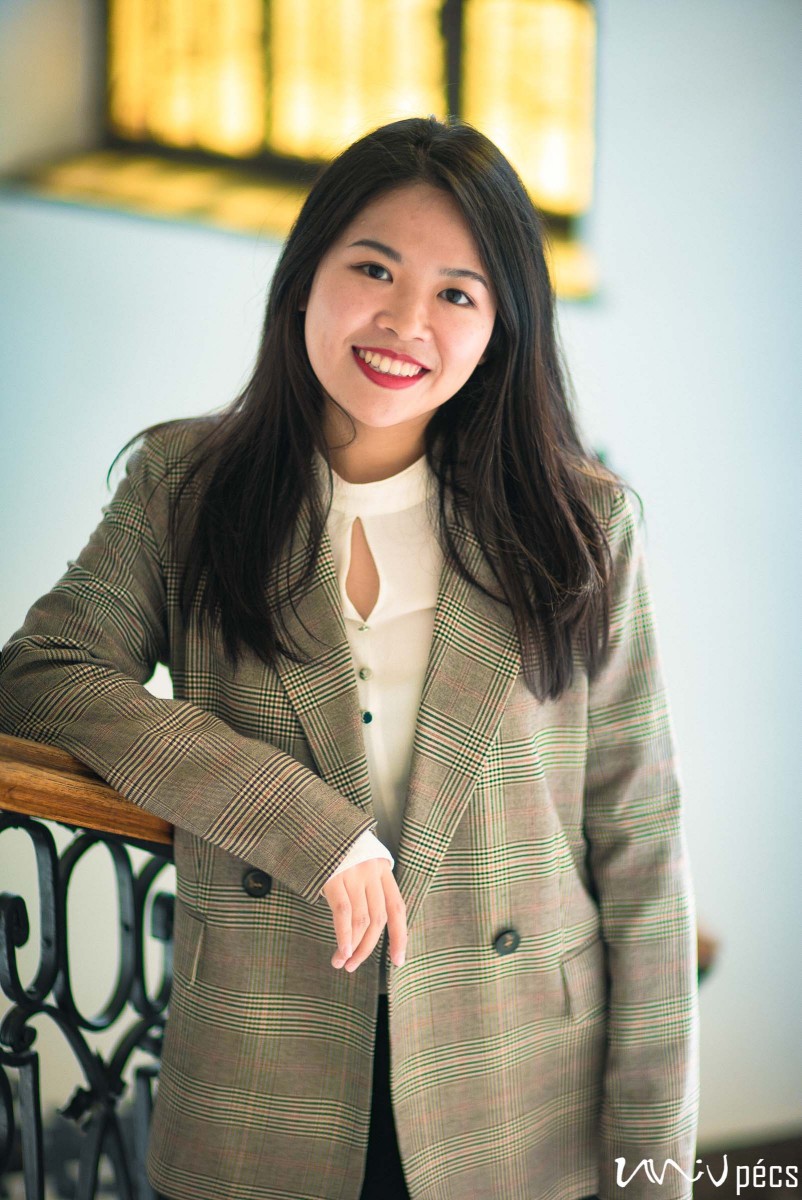 The beginners, they did start from zero, the alphabet, pinyin, everything was new for them of course. They are still trying to learn more. I teach them more Chinese phrases and words, pinyin, pronunciation and cultural things as well.

My goal is to cultivate their interest in Chinese first, not to teach a lot of things. Because it is a steady progress, you will not become a master of Chinese language overnight.

After half a year, they can talk with Chinese people, they have a basic knowledge, and they are motivated to study further. They know that some parts of learning might not be as fun as before, but they have to put in the effort in order to achieve proficiency someday.

I am hoping to enable them become more familiar with the Chinese characters, because that is what we use in China. We do not use the pronunciation in writing, there are characters everywhere, so they have to learn them, they have to know what they mean. We did some calligraphy, and the students did a wonderful job in imitating the Chinese characters, even though they did not know the meaning. Sometimes they are just guessing and trying to memorize the structure. They are good at pronunciation though! 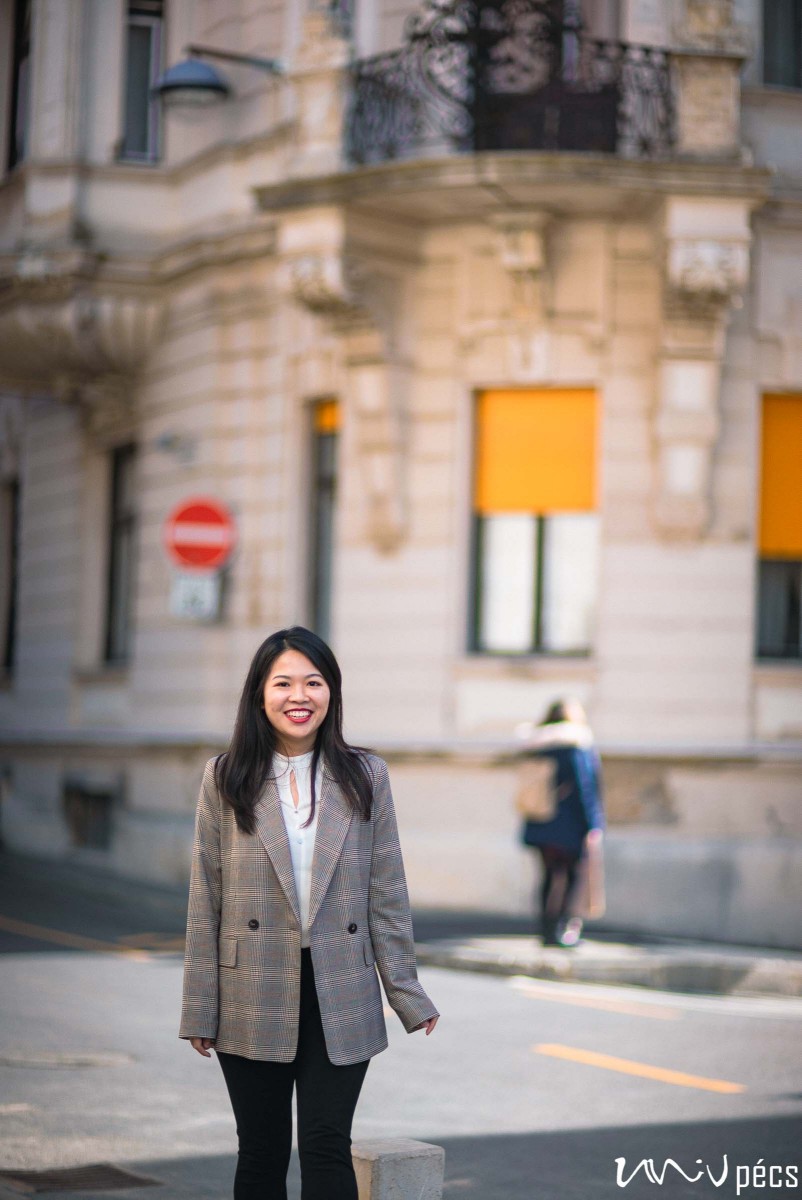 Teaching your mother tongue as a foreign language can sometimes be challenging. What is it like for you?

It is actually my first time teaching Chinese. When I came here, I was nervous, what the students are going to be like, how they will respond to my teaching methods. However, after the first class, I had a first impression of the groups. For the moment being, my goal is not to cultivate them to a master of Chinese, but to tell them basic things what I know about China, basic greetings, etc. We have a textbook, which we will mostly follow; it provides me with a basic idea, what the topics should include.

Is this Chinese language course an extracurricular activity for them?

I asked them, how many subjects they have, they said that they have fifteen. That is a quite a lot, I think. I am proud of them that they are still motivated to come to Chinese class, and they still have the passion to learn. I am really touched!

I admire them really, I think they are lucky to live in Europe, where they are able to learn at least three languages, their mother tongue, English, and maybe another countries’ language. That is really good!

What is the situation in China? Do you learn English mostly?

Yes, English is part of the curriculum from primary school, I have learnt it for fifteen years by now.

How is the English of the pupils here?

Very good, sometimes they correct me to the best of their knowledge. It is a win-win situation. Some of the students have been studying German from an early age, so for them it is a little more difficult to follow the lesson in English, but I told them, if they have any questions, they should just ask. That is a good thing about Hungarians, whenever they have a question, they just raise their hand and we can discuss what was not clear. Asian students are too shy to ask questions in public, in front of the others. 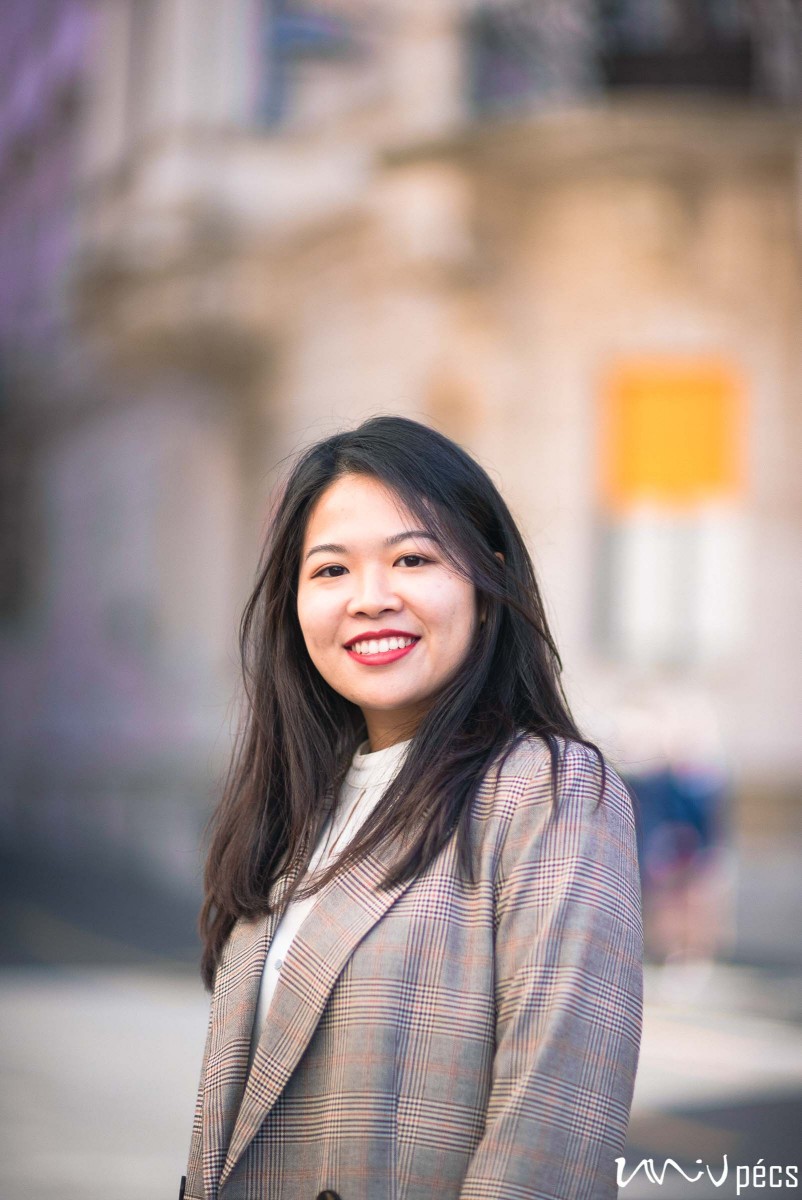 In class, the students are very helpful towards each other as well. Last week for example we were learning the parts of the face, e.g. eyes, nose, etc. I was trying to learn these in Hungarian from them. We did the same with numbers, I also took some courses of Hungarian in Pécs. I only know very basic things, such as greetings, asking how much something costs, and I have to listen really carefully for the answer. But I think, that numbers are relatively easy to remember for me at least. So I told them how fast I was learning, and how fast they should learn, we are about the same level. Sometimes they are faster though!

Maybe a message for my students: that

I am so proud of them, of what they have achieved by now! I hope that one day they can visit China. I hope that they can use their language knowledge and experience a different oriental culture through it.

The University of Pécs Receives the Most Prestigious European Internationalisation Award

EDUC online courses at the University of Pécs

“The most Beautiful Campus of Hungary!”

Opening Ceremony of the Academic Year 2021/22 and Centenary Celebrations

Message to our graduating students

Different Angles - Interview with the Photographer