In the construction of the winery, the Energy Design 2.0 master project establishes a link between architecture, engineering and natural sciences, thus surpassing traditional building design in favour of physical modelling. The architect of the new Streit-Zágonyi winery in Villány is István Kistelegdi, leader of the Szentágothai Research Center’s Energy Design Building Technology Research Group.

What was the Energy Design’s first master project?

The 1.0 was the Rati Llc. industrial site and office. I got the opportunity to put everything I wanted into the design, I get an opportunity like this once every 5-10 years.

The new building will look like a meteor after impact, but every element of it will serve an important ecological, sustainability, energy saving, and building physics purpose - we put these aspects into focus. 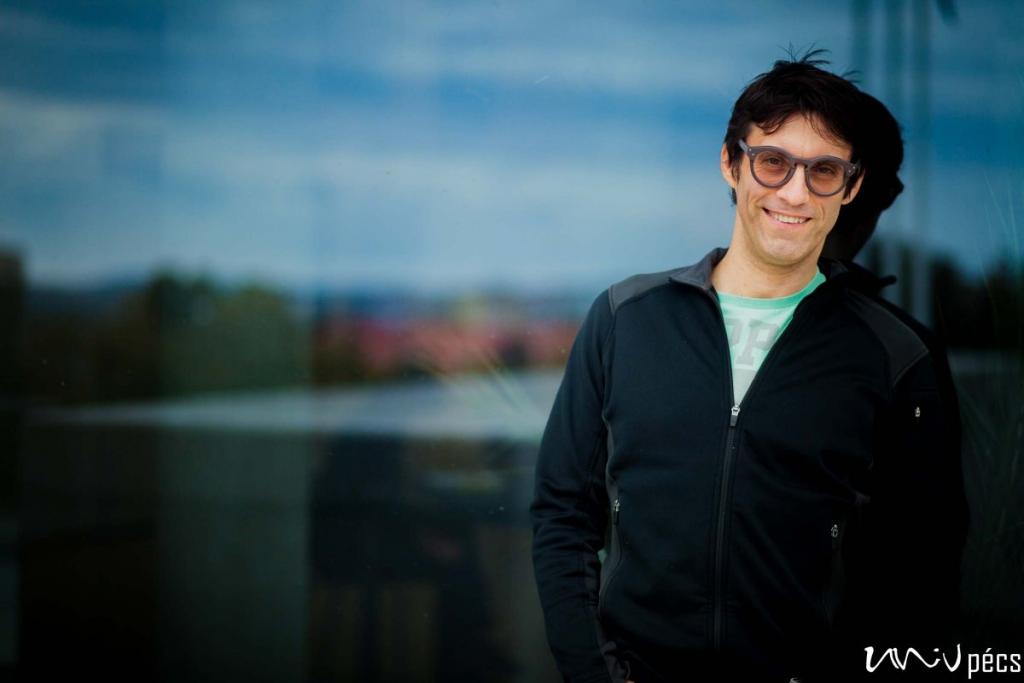 What can this building do, beyond housing the winery’s technology, how is it different aside from its industrial nature?

Because of the tender, the building will operate as a show vineyard in the first three years, then the building’s functions will be expanded with a wine-hotel and a panorama restaurant. We will organize conferences and scientific discussions to complement the hotel’s and the restaurant’s events calendar. This winery is the prototype of an entirely new type of building typology. The client was so open to my ideas that when I showed him the Rati building, he told me that he wants an Energy Design building in the form of a winery as well.

What is so ground-breaking about this building, why is this the new master project?

The design emphasizes the innovations while staying energy efficient,

it is not by chance that the shape of the lower half of the building reminds us of a boat. This building has cellars so we are utilizing geothermal heat; if we look at the elongated building’s cross section one of its sides is stretched out, this design choice lowers the heating’s energy requirement by 30%. If we did not design it with a slanted facade the thermal bridges and the transmissive heat loss would have been much higher. The client wanted the cellar to have less functions than the first floor, so it overhangs in a cantilever like manner, forming a T shaped cross section. We offset it in order to lessen the symmetric dominance; the aforementioned energy efficiency is due to the slanted facade geometry. On the roof of the building two pyramids can be found: one enclosed and an open one; we can only see its framework like a pergola. 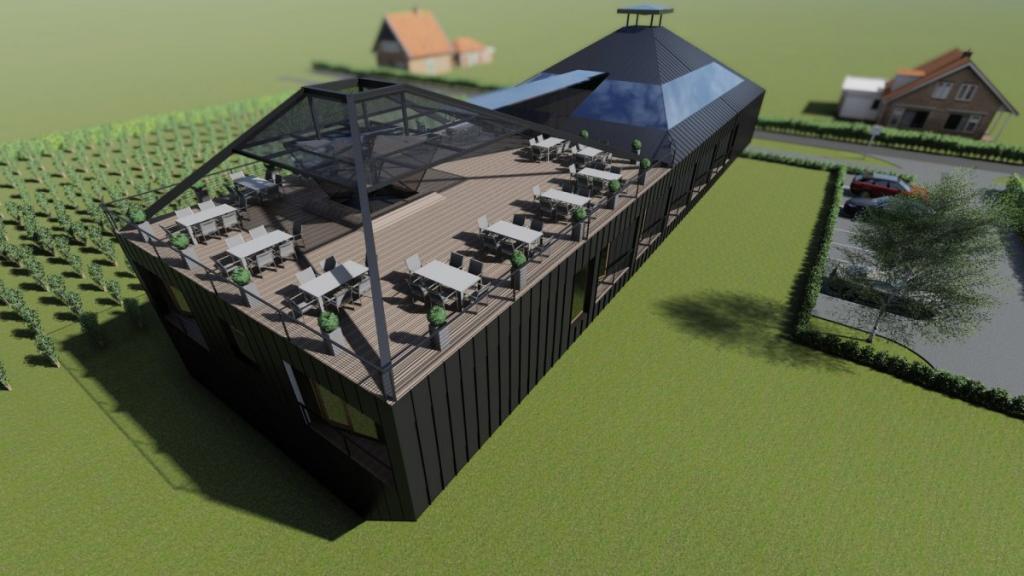 Is this due to energetics as well?

Yes. The enclosed pyramid surrounds an exhaust vent; we aerodynamically simulated the characteristics of the airflow. We previously determined that slanted planes are more efficient. We built the slanted walls and roof frame out of reinforced concrete, these are load bearing as well. This roof structure is called mansard roof. This is where we planned on putting the panorama restaurant, it has a dining and scenic terrace next to it. In a normal climate, Eastern European buildings function in a way that fresh air enters from the ground level and leaves through a vent on the roof. In the Rati’s building UFO shaped deflectors provide wind induction ventilation with the help of bionical principles reminiscent of a penguin’s belly. This animal has the most aerodynamic shape in the world, even better than a water droplet. These items are hardly visible in the winery. The pyramid’s apex can be hydraulically lifted like a hat. On one side of the elongated building, there is an exit vent and on the other side there is one where the fresh air can enter, which is tulip shaped.  My team and I designed these structures with the help of airflow CFD simulations.

The basement level houses a two-storey technology hall, where the wine is manufactured, and a one-storey fermentation cellar. We would like to temper and vent the technology hall with natural ventilation. A new trend in winemaking is that we are no longer standing in damp and dank mouldy, wet cellars, instead nowadays wine is considered a high-grade food product and they demand cellars as dry as possible, as long as the temperature is low. In some cases, they use humidifiers as well. We like solving problems with natural energy that is why we came up with the tulip shaped intake vent opening.

This building assimilates the shape of a boat, the pyramid and the impacting meteorite…

The building is not boat shaped because we pictured it to be, but because it makes it better In terms of comfort and energy efficiency. 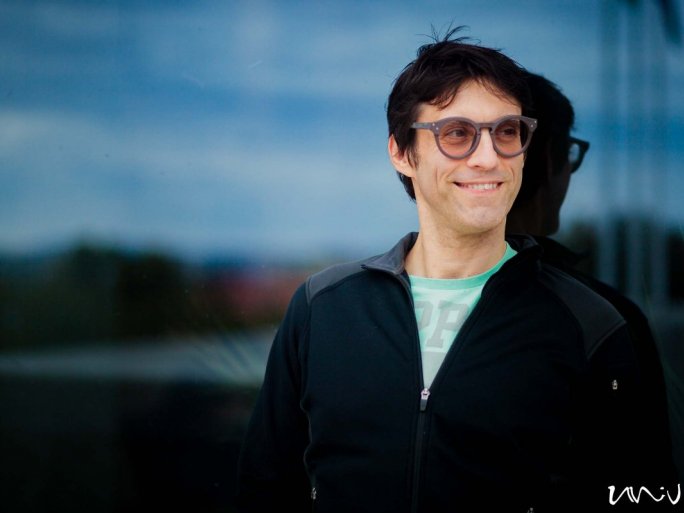 Is the design born from energetics?

That is why our team is called Energy Design. (smiles)

Is the building just as interesting from the point of machinery?

Well, the client purchased a heat pump that is the equivalent of a Jaguar in quality on the market. What makes the building’s technology and operation special, are the soil probe system, the water heat pump, the structure tempering, the heat conserving machine ventilation, and a serious automation system.

Is this investment worth it for the winery with today’s energy prices?

We can compare the prices of normal and extra energy-efficient houses. Normal houses also follow the prescribed set of rules, while a more energy-efficient might need a larger investment. However,

Who is planning for the long-term, this investment is worth it. I am of course only talking about the building, not the winery’s technologies. 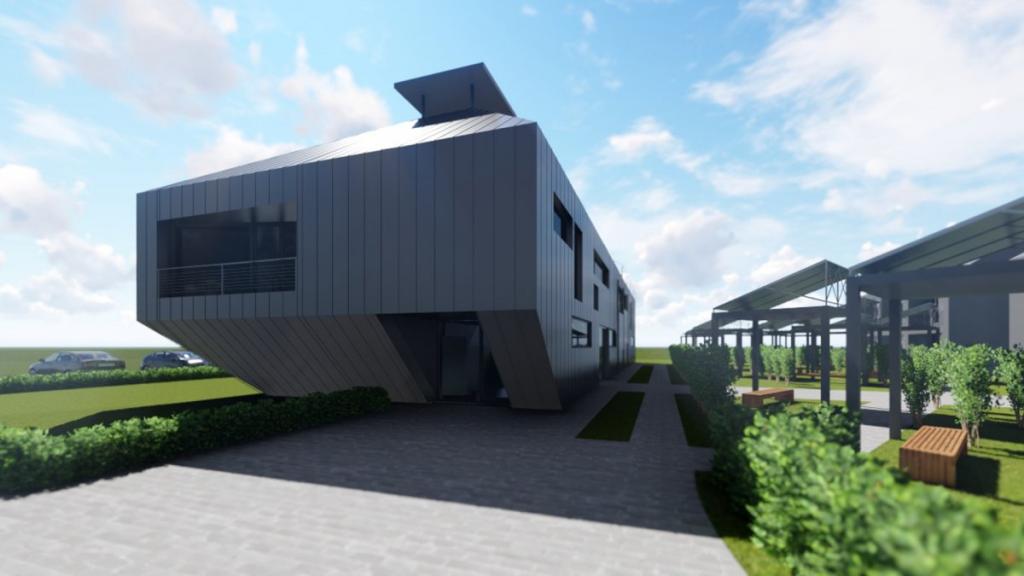 How many years did the design process take?

I have not designed anything for this long. It took three years so far. It has objective reasons, we designed it for a different piece of land originally. New expansions and demands were added, etc. I hope it turns into a never-ending story.

Does the building’s orientation play a part?

Luck was on our side, because we had to redesign an originally Northwest - Southeast oriented building into a Northeast - Southwest one on a much better suited plot. It deviates from the North-South axis by 45 degrees. We mirror transformed it along its longer axis, since from a functional standpoint the building is symmetrical. To put it simply, the rooms and the offices switched sides. 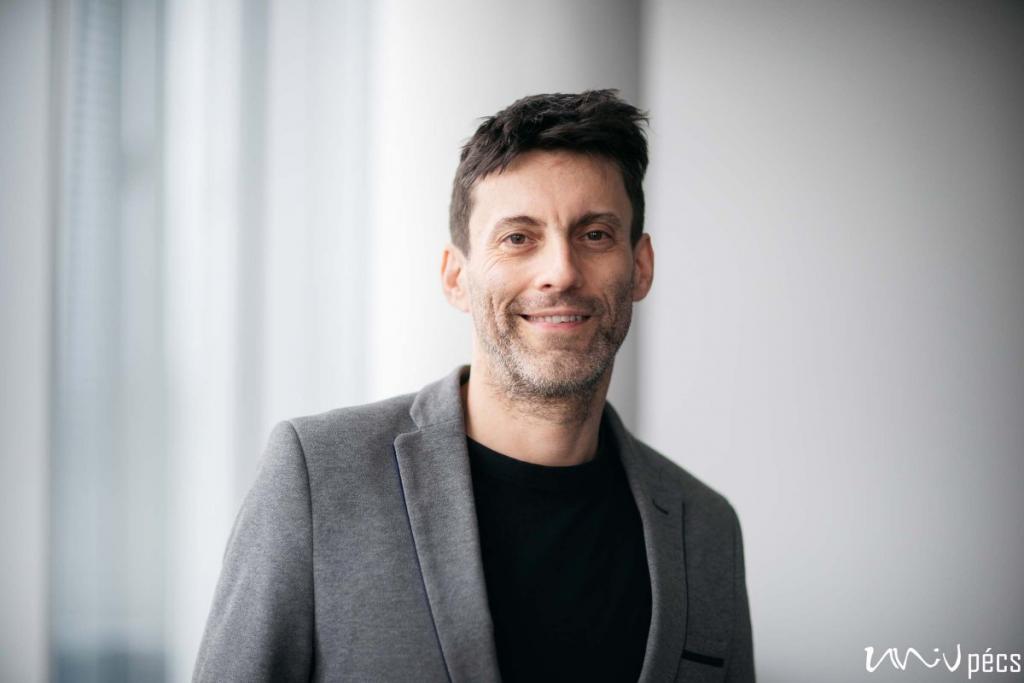 What kind of energies do you use?

We utilize every aspect of the environment in order to grant the building a positive energy index. The passive geothermal heat warms the unheated cellar in the winter and cools it during the summer. We passively use solar and wind energy (with the ventilating and acclimatising vent systems). The upper floor will house wine laboratories, which will be passively heated with solar energy. We mechanized the geothermal heating with soil probes and heat pumps. We route the heating-cooling energy into the walls, floors and ceilings thus tempering the building. There will be solar panels as well but not on the building itself, but between the building and the production hall, which will be established in the second phase; we are designing a grape trellis and solar panel park which will act as the wine tasting and spritzer terrace. We are planning on utilizing the cold of the night with a built in heat exchange system under the building’s metal plating - we will used the sky’s cosmic radiation for cooling.

To what extent will all this be automatic?

It will be highly automatized: sensors will monitor the intensity of sunlight, the wind, the indoor and outdoor temperature, humidity, CO2 concentration, heat recovery, and even the opening and closing of windows, which will shut down the ventilation technology. The wooden barrel wine cellar has to have a set level of humidity and temperature. If humidity is too low, the wine can evaporate from the barrels and if it is too high, the wine could spoil. Natural ventilation in the technology hall and fermentation cellar will be operated based on indoor and outdoor temperature and humidity, in order to maximise passive ‘climatization’ throughout the year. 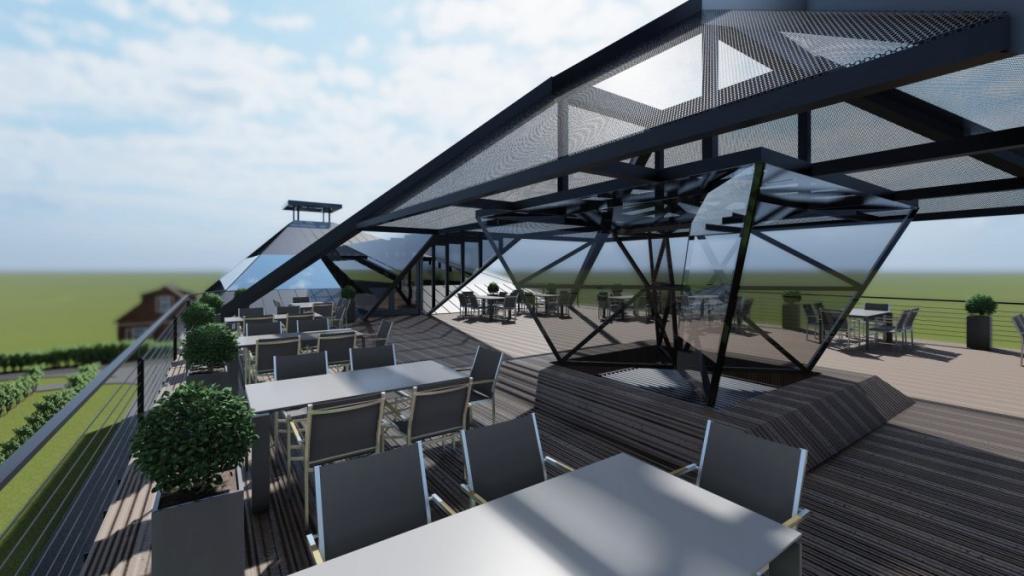 No, neither here, nor abroad. There are eco-wineries and buildings utilizing renewable energy.

it sustains itself from its environment, and it does not need any other help. It is not a steamboat or nuclear submarine. The main point is that the building requires so little energy that it can easily be sustained from renewable sources. 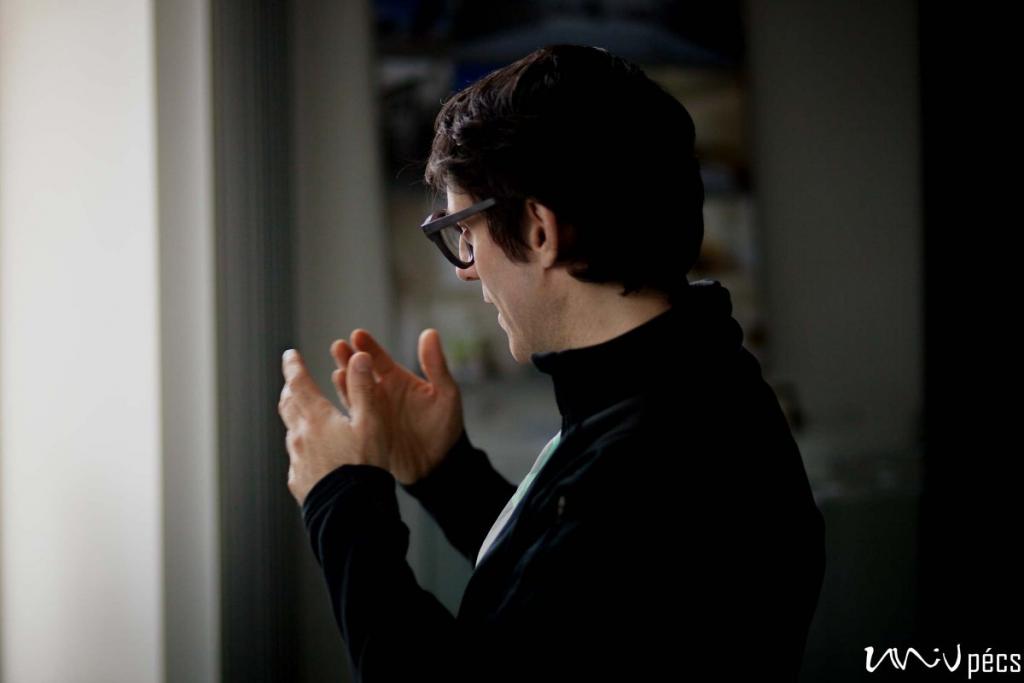