BBC Receives Press Award of the University of Pécs 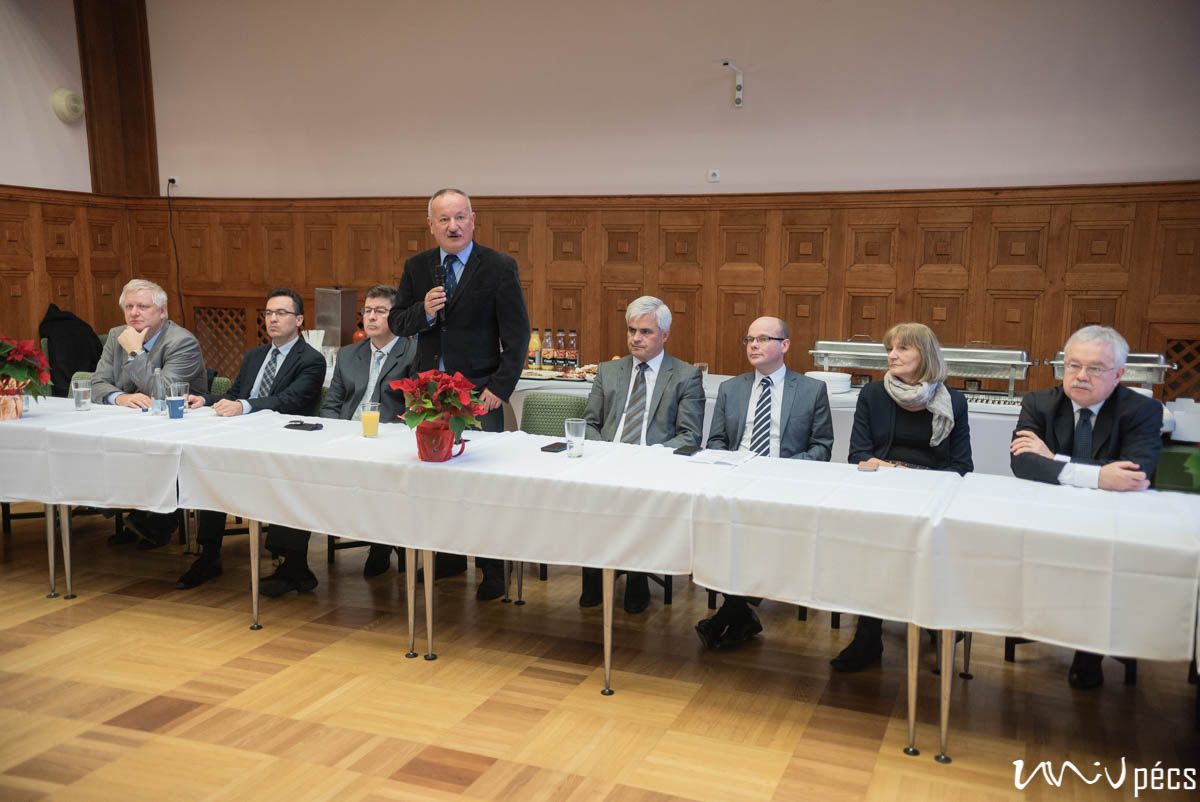 The winner of this year's Press Award was announced at the Advent Press Salon on 16 December 2019. The Central European correspondent of the BBC, Nick Thorpe regularly reported on the scientific research achievements of the University of Pécs, especially on the archeological work at Szigetvár. His articles played a significant role in enhancing the reputation of the first Hungarian university worldwide. Nick Thorpe has been living in Hungary since 1986. The reporter found the research about the final resting place of Sultan Suleiman's heart especially fascinating, and he recommended this topic to his editors.

"The editor asked me if my article about this would be interesting for hundreds of thousands readers. To my great pleasure, more than two million people have read my article on this research of the University of Pécs" - said Nick Thorpe.

He stressed that the universities and the correspondents have similar task: to shed light on the truth. 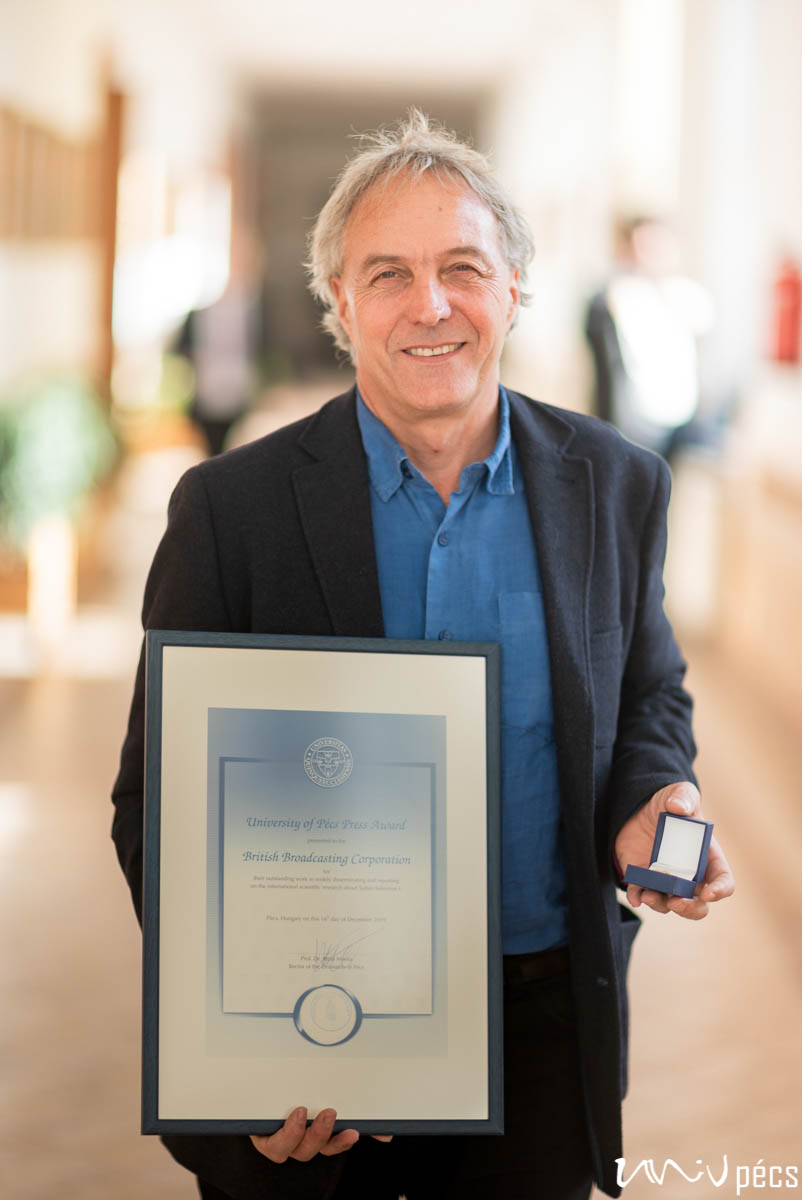 Subsequently, Attila Miseta, Rector of the University of Pécs thanked the editor-in-chief of Universitas Television his work by a special Life's Achievement Award. Attila Kosaras founded the television of the university 26 years ago, and later on he acquired merit by launching a scientific course of lectures called Open University. 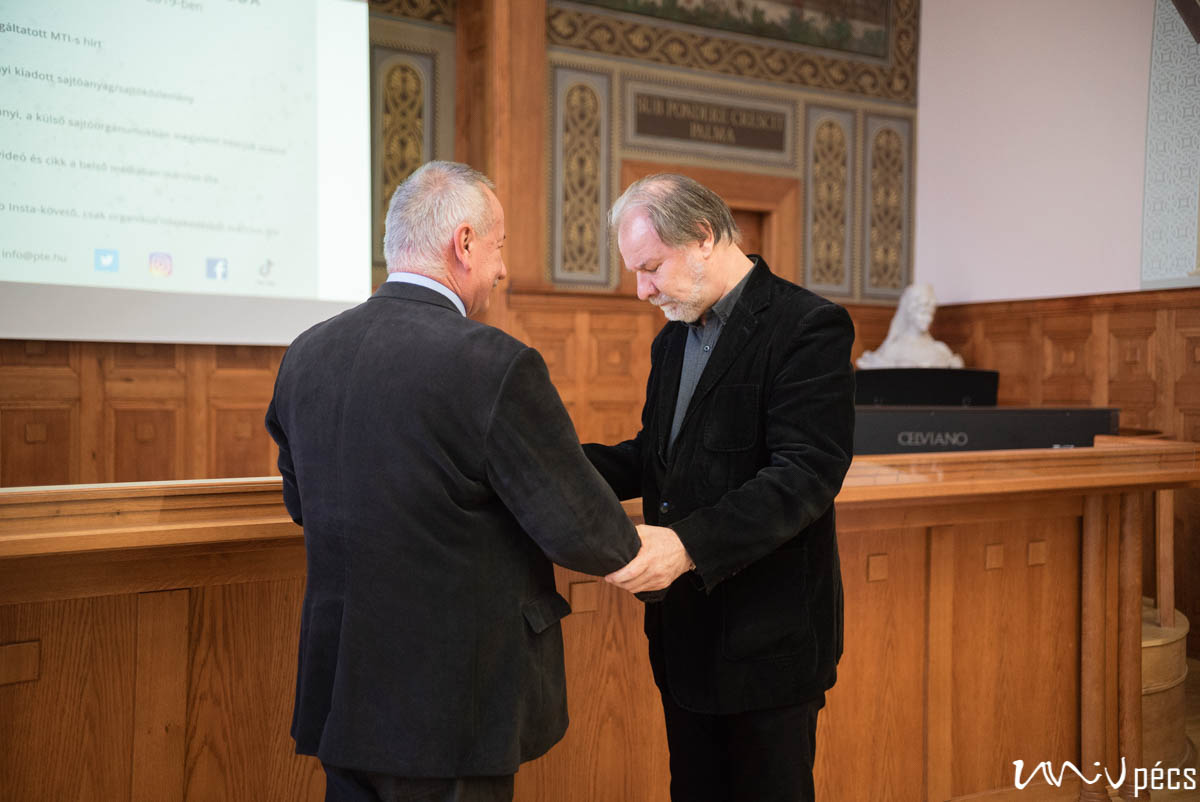 The event ended with a festive program by the University Choir Vocal Ensemble creating an atmosphere fit for the special occasion. 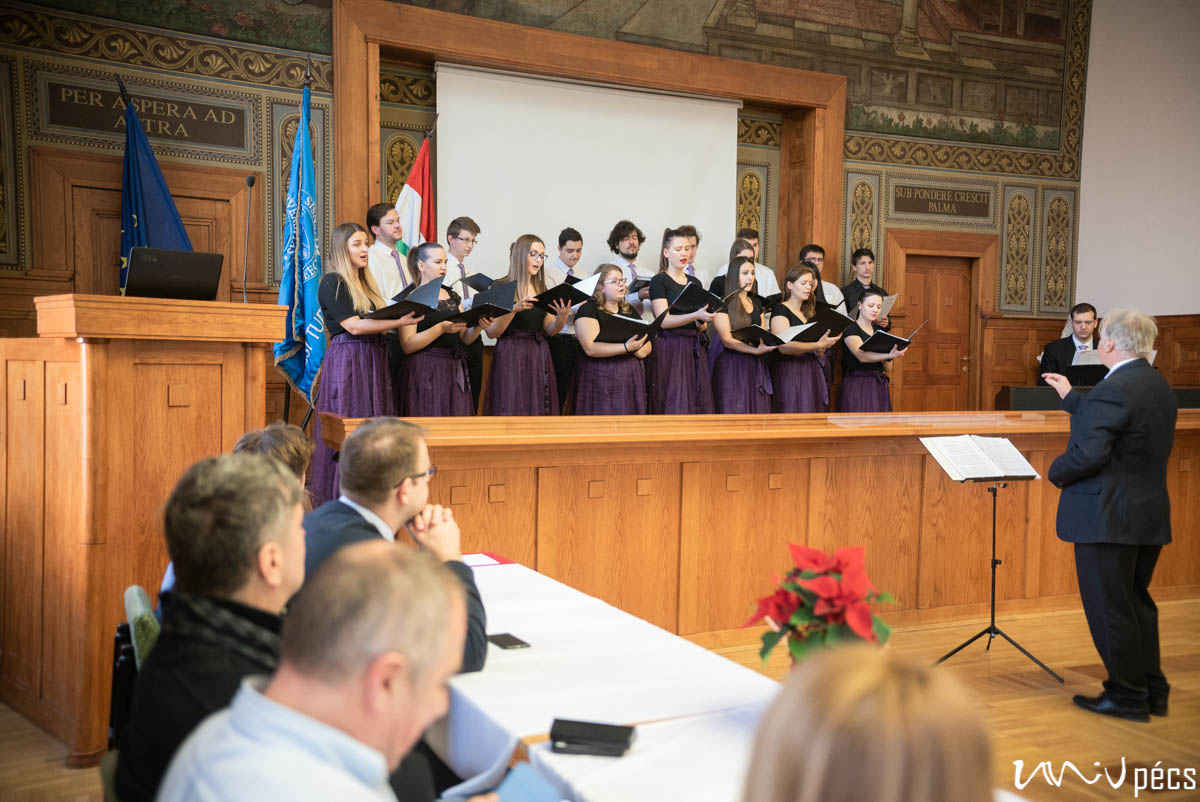