The first and only festival of light in the country, the Zsolnay Light Festival, will let the city shine again in the autumn with dazzling light creations. From September 30 till October 3, the buildings ans the streets will be clad in light; while the monumental façade of the Cathedral will be brought to life by the best 3D, animated light projections of the international competition. After New York, Hong Kong, Amsterdam and Toronto, the light creation "Talking Heads", will be on display for the first time in Hungary; two iconic works by Csontváry are going to come to life, while visitors might also encounter 'extra-terrestrial' light beings!! 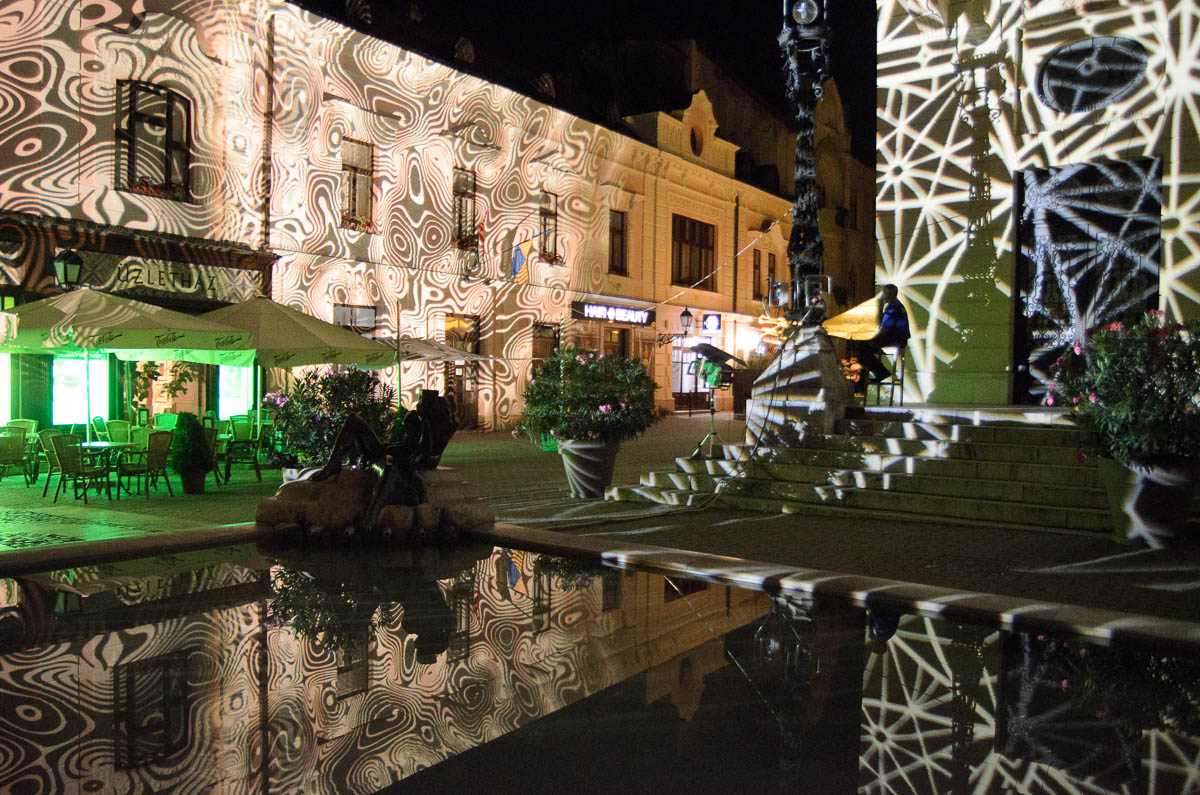 Walking along the Pathway of Light through the center of Pécs,

you will be able to see grand, heart-warming and extravagant – but definitely amazing – spectacular, site-specific light installations at twenty-three sites.

After New York, Hong Kong, Amsterdam and Toronto, "Talking Heads", a work by Viktor Vicsek and Limelight will be on display for the first time in Hungary. The installation consists of two six-and-a-half-meter heads made up of 4000 LED lights. In the dynamic sculpture composition, the heads communicate by flashing the lights, their facial expressions change according to the content of their talk, and they express emotions – nothing like this has ever been on display in Hungary before. 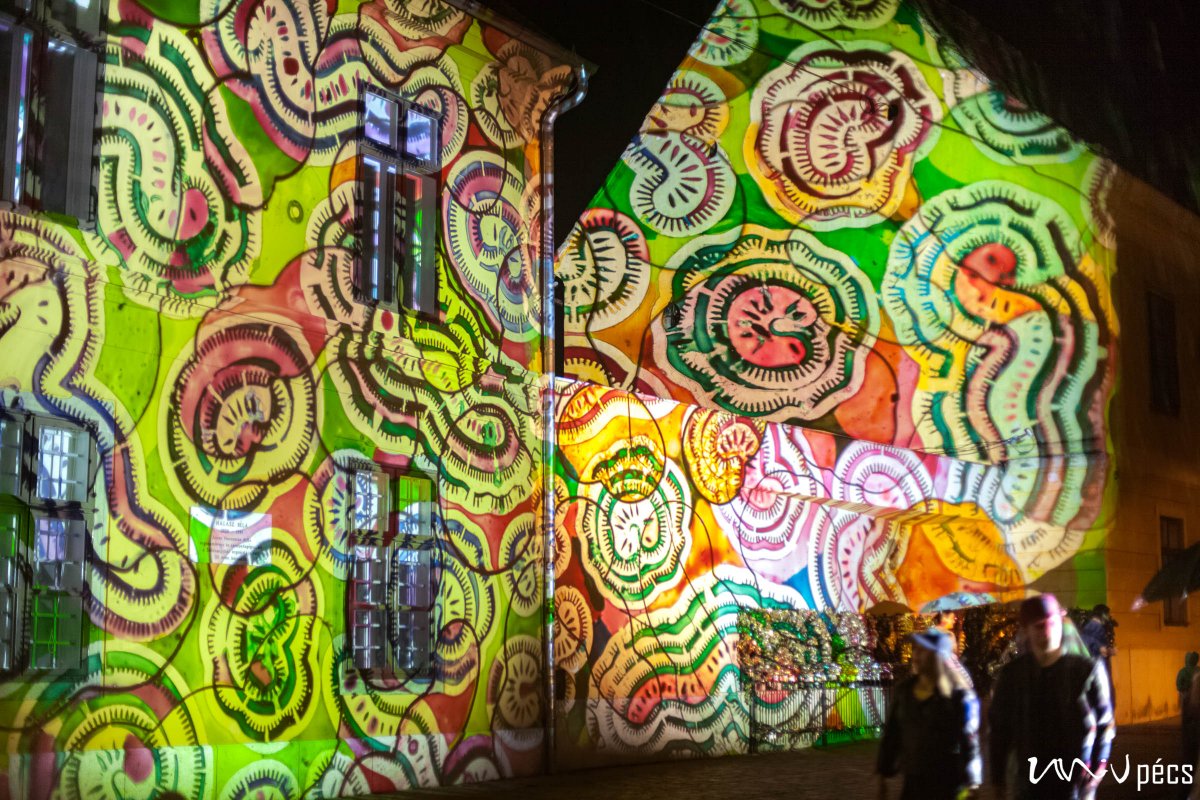 The University of Pécs among the participants of the Festival!

To the great delight of the organizers of the Zsolnay Light Festival, cooperation with the two faculties of the University of Pécs was also established this year. As a result, the Path of Light will be expanded with a new location: in the park in front of the newly built campus of the Medical School, a special installation is going to be set up, the costs of implementation will be shared equally between the festival and the venue. The other collaborator is the Faculty of Music and Visual Arts, celebrating its 20th jubilee of establishment this year. The 3 winners of the competition announced among the students of the Faculty of Music and Visual Arts will get the chance to design the creative content of the "Light Carpet" on Janus Pannonius Street, which has been one of the festival's favorite venues for many years.

Dazzling Light All Around!

In Cella Septichora, featuring underground tombs part of the UNESCO Word Heritage, Multiverse 5.1, a work created by fuse*, an Italian light artist team, extending beyond physical walls of sacral space, giving the impression that you can enter a parallel universe is going to be on display.

The Csontváry Museum will be enriched with two special, interactive audio-visual works during the Festival of Light. Through the works by Andrea Sztojánovits and Ivó Kovács, two iconic works by Csontváry The Lonely Cedar and The Valley of the Great Tarpatak in the Tatras are going to come to life.

One of the most special light experiences this year is going to take place in one of the main venues of the festival, at Széchenyi Square. In addition to the 360-degree projection of the Mosque, the façades of the buildings in the square will be engulfed by light; the choreographed complex composition delivered by projectors, laser beams and robotic lamps offers a unique spectacle. 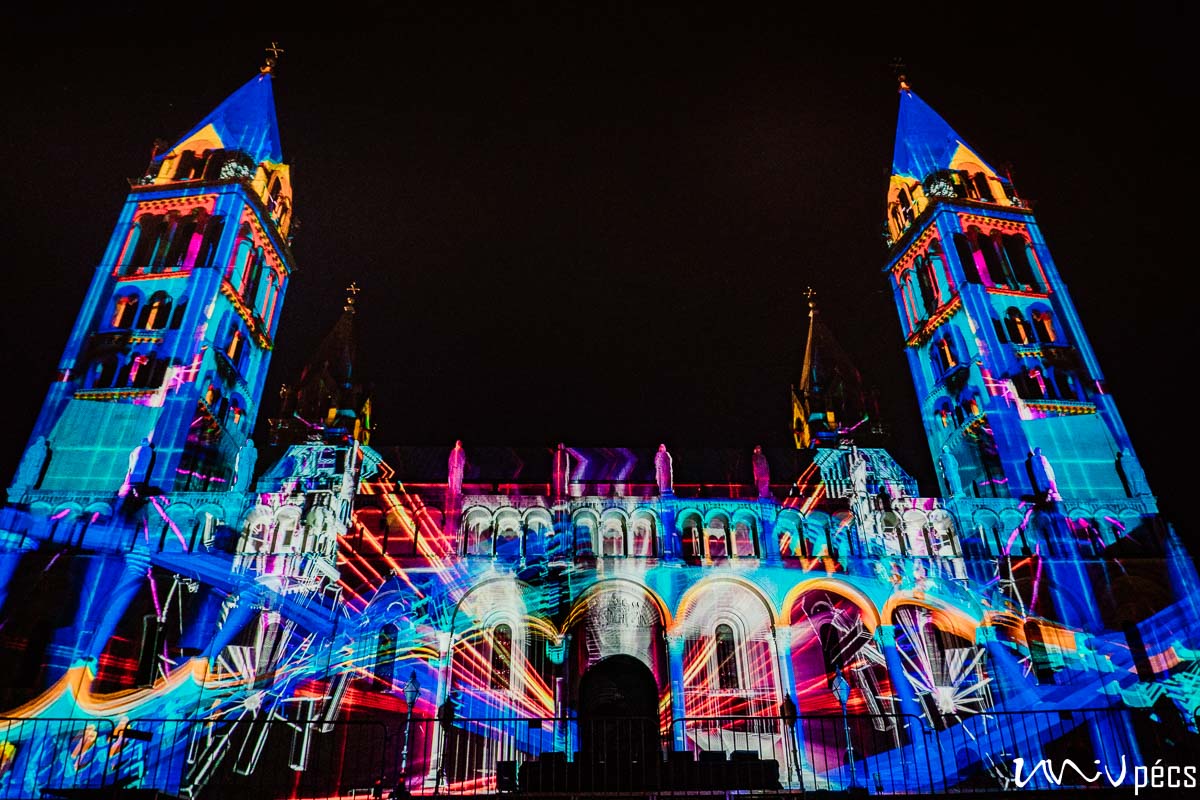 In addition to this, the Barbican's bastion and its moats are going to be covered with mapping installations, three gripping works of light are going to arrive at the House of Non-Governmental Communities; besides, there will be light sculptures, a carpet of light, and a light playground for children, too. Visitors are going to be able to play with an interactive 3D puzzle in Kossuth Square, they are going to be involved as live prisms in the light creation made in Pezsgőház (House of Champagne), they will be able to magnify microscopic worlds to become giant in the Apollo cinema; they can research the reflection of colours in the Evangelical Church and special, reflective light creatures are going to move to the mall ÁRKÁD Pécs during these early autumn days.

The highlight and most popular event of the festival, the Zsolnay Light Art International Mapping Competition, is going to feature animated 3D light creations bringing the façade of the Cathedral to life. The best ten productions made into the final include Japanese, French, Spanish, Ecuadorian, and of course Hungarian competitors.

As early as during the day, but also in the evenings, visitors can take part in numerous street-art programs, including breath-taking performances by acrobats, LED and fire jugglers as well as contemporary-circus ensembles from various countries, while they can also learn how to juggle from Hungarian, Peruvian and Brazilian artists. The festival features several concerts as well; performers this year are expected to include Zagar AV Experience, DJ Bootsie, Pozvakowski, and MINKA lead by Rozina Pátkai, among others.

The highlight of our Focus Country project of the festival is going to be Croatia this year; the light festivals of Croatia, Zagreb, Pula and Osijek are going to present their projects in Káptalan Street. 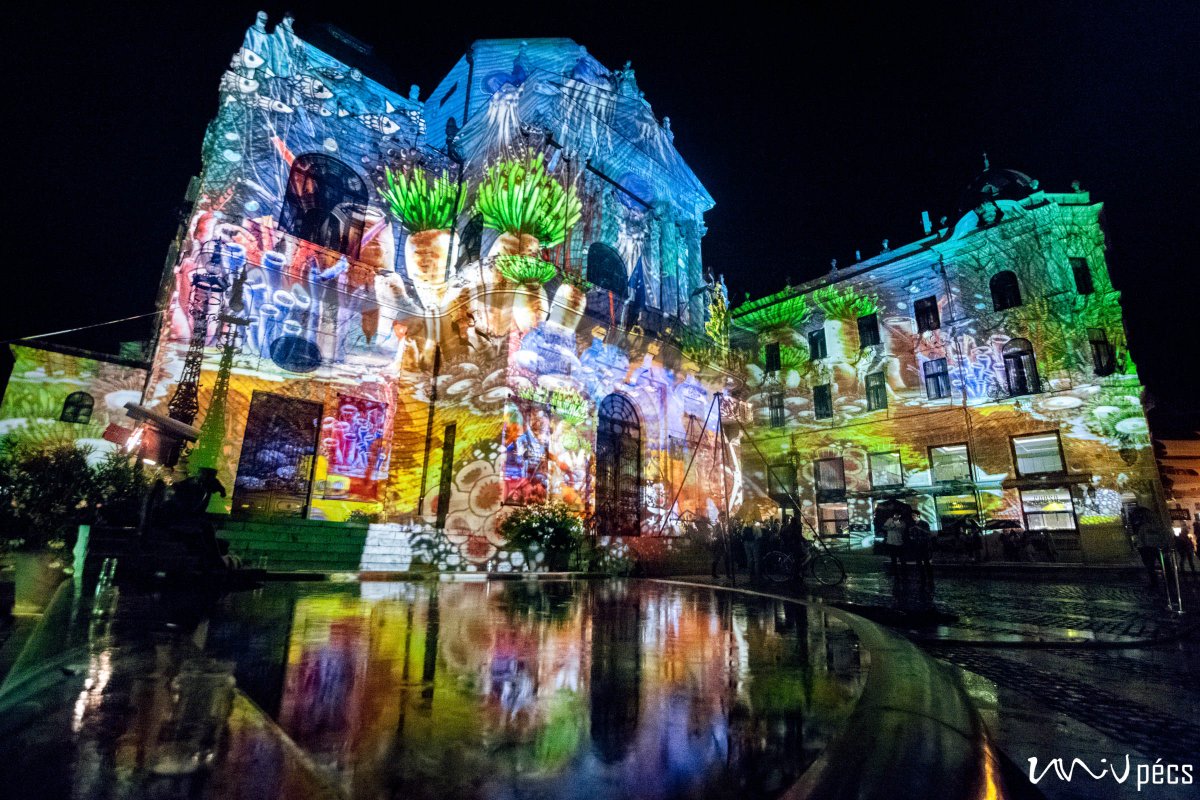 According to the regulations currently in force, the events of the Pathway of Light can be visited without any limitations, while the Zsolnay Light Art mapping competition, the Street-art programs and concerts can be visited only by presenting a vaccination card.

Most of the programs are still free, while the paying venues of the Pathway of Light Extra can be visited with a wristband bought in advance.

Zsolnay Light Festival of Pécs is unique by all means, as there is no other event in Hungary offering such diverse spectacles including mappings on buildings, light sculptures and interactive light games.

Visit of the Indonesian Ambassador to Pécs

University of Pécs Medical Students have Won the Cup!

"Let us Figure it out and Implement it Together"