The Renewal of the Faculty of Health Sciences is Complete

The buildings of the Faculty of Health Sciences of the University of Pécs in downtown Pécs were renovated with a total cost of around HUF 2.5 billion, and officially opened on 8 July. The investment was funded by the Modern Cities Programme. 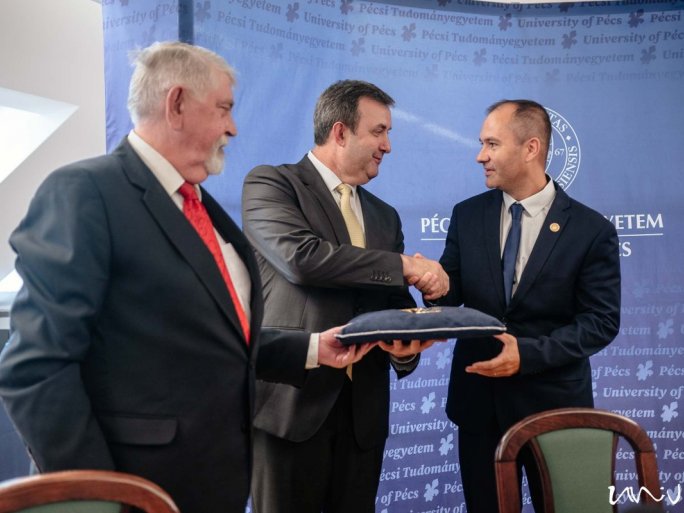 As part of the Modern Cities Programme, the Government of Hungary has supported the University of Pécs with nearly HUF 25 billion HUF.

The aim was to strengthen the competitiveness of the institution, to develop its educational and service portfolio, to increase the number of foreign students and to provide the necessary infrastructure.

The Faculty of Health Sciences, one of the most dynamically developing faculties of the University of Pécs, largely contributed to the project. Over the past ten years, the faculty the number of foreign students has increased considerably, with over 400 students now studying at the faculty. 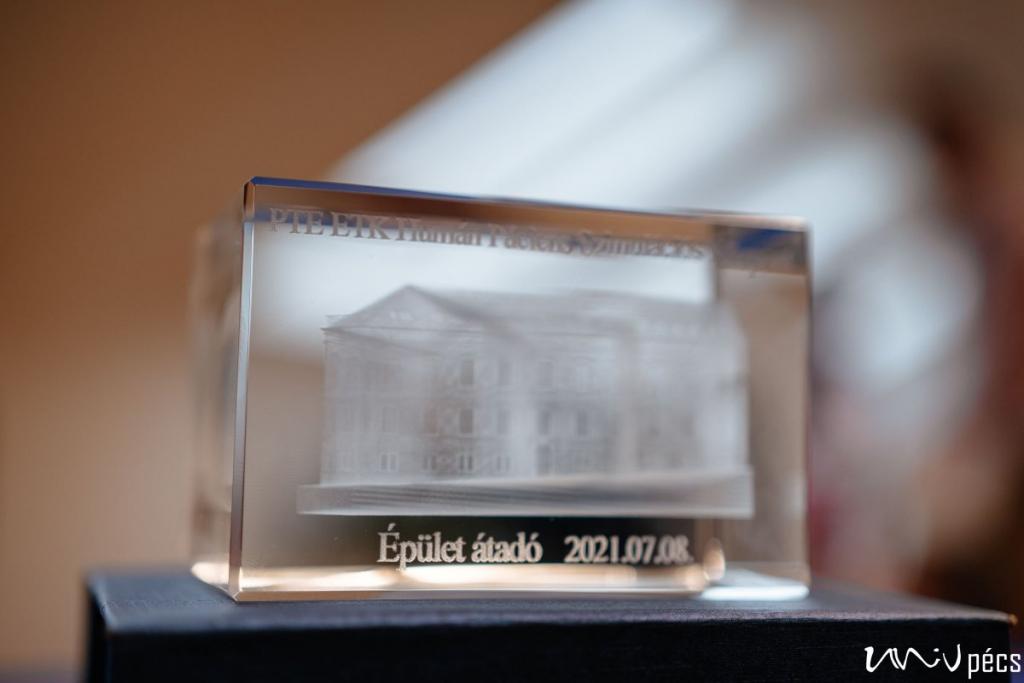 The ceremony was attended by László Palkovics, Minister of Innovation and Technology, Miklós Kásler, Minister of Human Resources, and József Bódis, Secretary of State for Higher Education, Innovation and Vocational Training. As announced at the event, the most significant investment in the history of the UP Faculty of Health Sciences was made possible thanks to the Modern Cities Programme. In his speech, Minister Palkovics highlighted that "after the model change, the government will support higher education with 1,500 billion in the next three years." 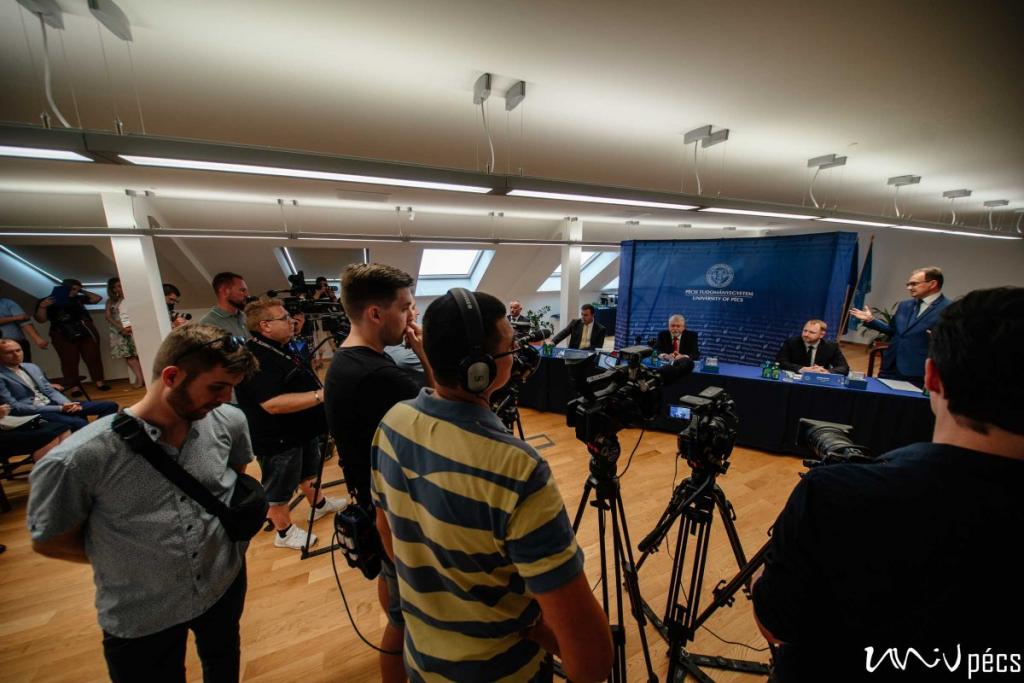 Miklós Kásler used historical examples to illustrate the importance of developing the health sector. In his speech, Attila Miseta, Rector of UP, pointed out that it was necessary to develop the Faculty of Health Sciences, because parallel to the increase in the number of students, the infrastructure must be developed as well. Pongrác Ács, Dean of the faculty said "The renovated buildings on Vörösmarty and Apáca Street not only provide a modern and innovative educational and research environment that meets the expectations of the 21st century, but they also provide a suitable way to preserve the values of the city centre and to fill the streets of the historic city centre with life. The nearly 2.5 billion HUF investment realized in the Modern Cities Programme has helped to fulfil the vision of a "central campus" for the faculty, creating a European level demonstration and simulation environment and the much needed adequate student spaces that students have come to expect." - emphasized the dean. 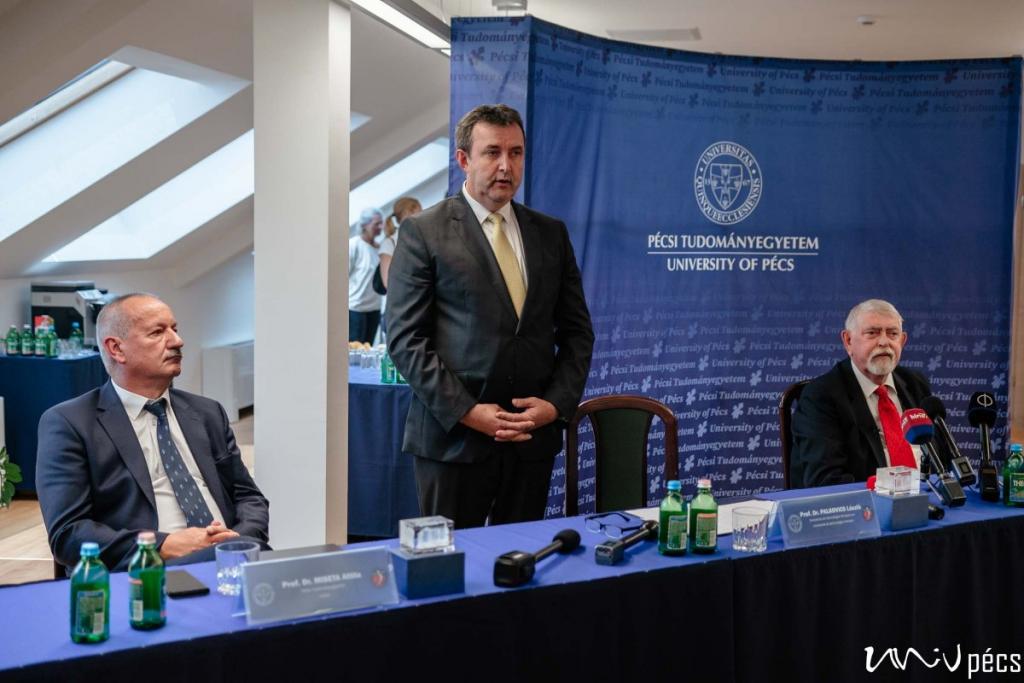 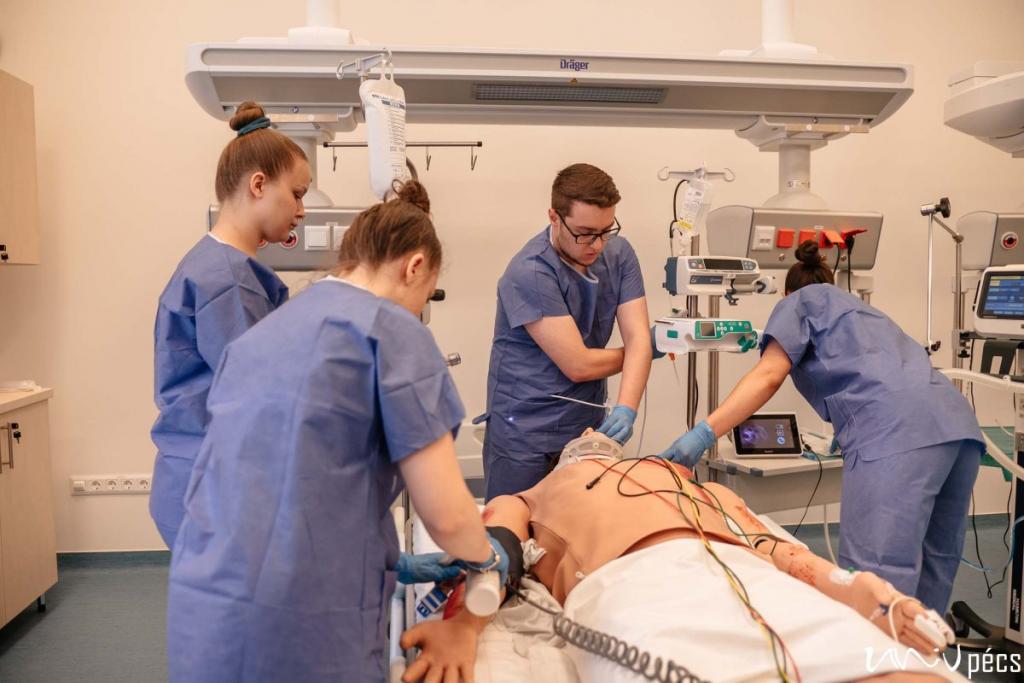 The renovated building complex also includes a room where all the conditions are in place to simulate a traffic accident or a disaster situation such as a building collapse. The rescue exercise is recorded simultaneously by several cameras and microphones, so that each moment can be analysed afterwards from different angles to ensure an even more perfect rescue. Following the inauguration ceremony, the students gave a short presentation, where guests were able to see the educational potential of the new rooms.

The University of Pécs Receives the Most Prestigious European Internationalisation Award

EDUC online courses at the University of Pécs

“The most Beautiful Campus of Hungary!”

Opening Ceremony of the Academic Year 2021/22 and Centenary Celebrations

The Latest Official Guidelines on Entry, Vaccination and Certificate of Protection

Message to our graduating students

Different Angles - Interview with the Photographer