For the second time, UP has announced the popular MoonBike challenge from 15 May to 30 August. After the winners of the weekly and sub-challenges, the two grand prizes were drawn. In the high school age group, the grand prize was an Apple MacBook, which the lucky winner, Mandula Lenkei, received from Kinga Szerdahelyi, Director of Marketing and Communication, on behalf of the Diákhitel Központ ZRt., in the Senate Hall of the Rector's Cabinet of the University of Pécs on 6 October. 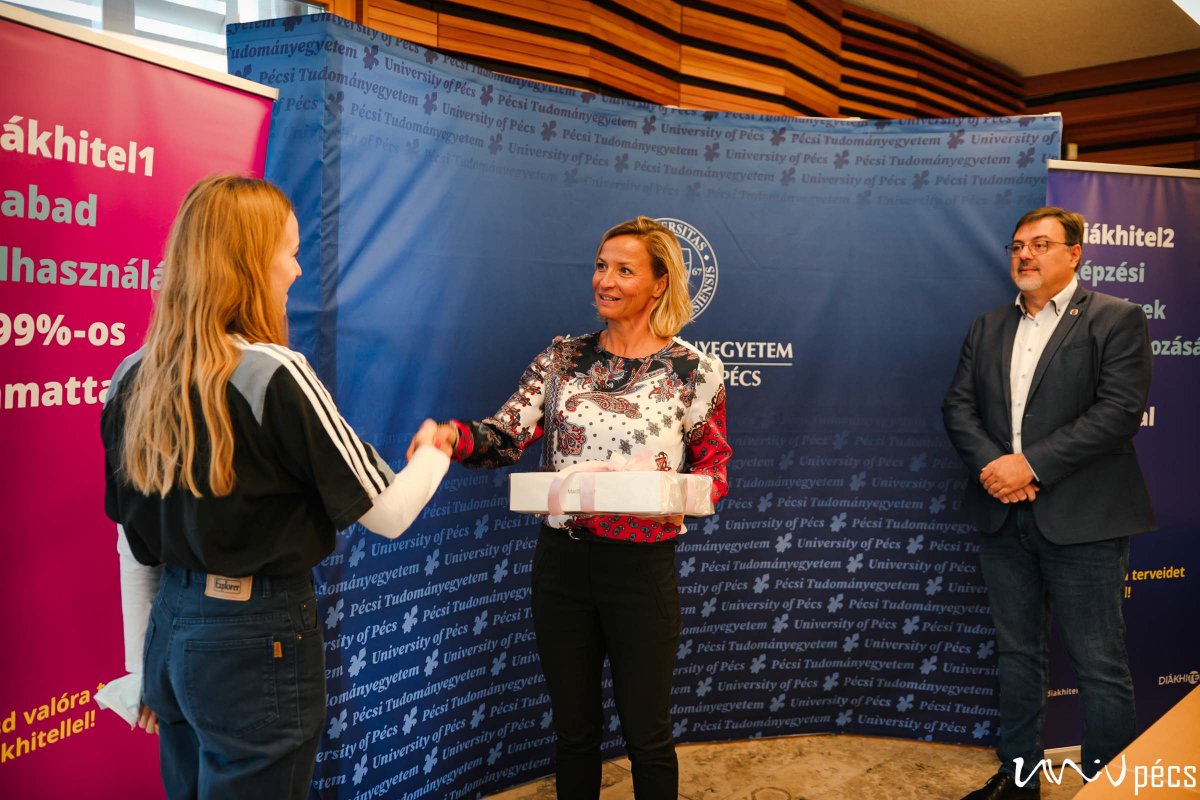 In addition to promoting a healthy lifestyle, the aim this year was to get participants from all over the world to join together to symbolically cover the distance of 384,400 kilometres from Earth to Moon, all by bike. This distance was, of course, well exceeded by participants from more than 40 countries around the world, who sent in their entries.

Those participants, who cycled at least 10 times and managed to collect more than 150 kilometres, could enter the raffle for the grand prize. 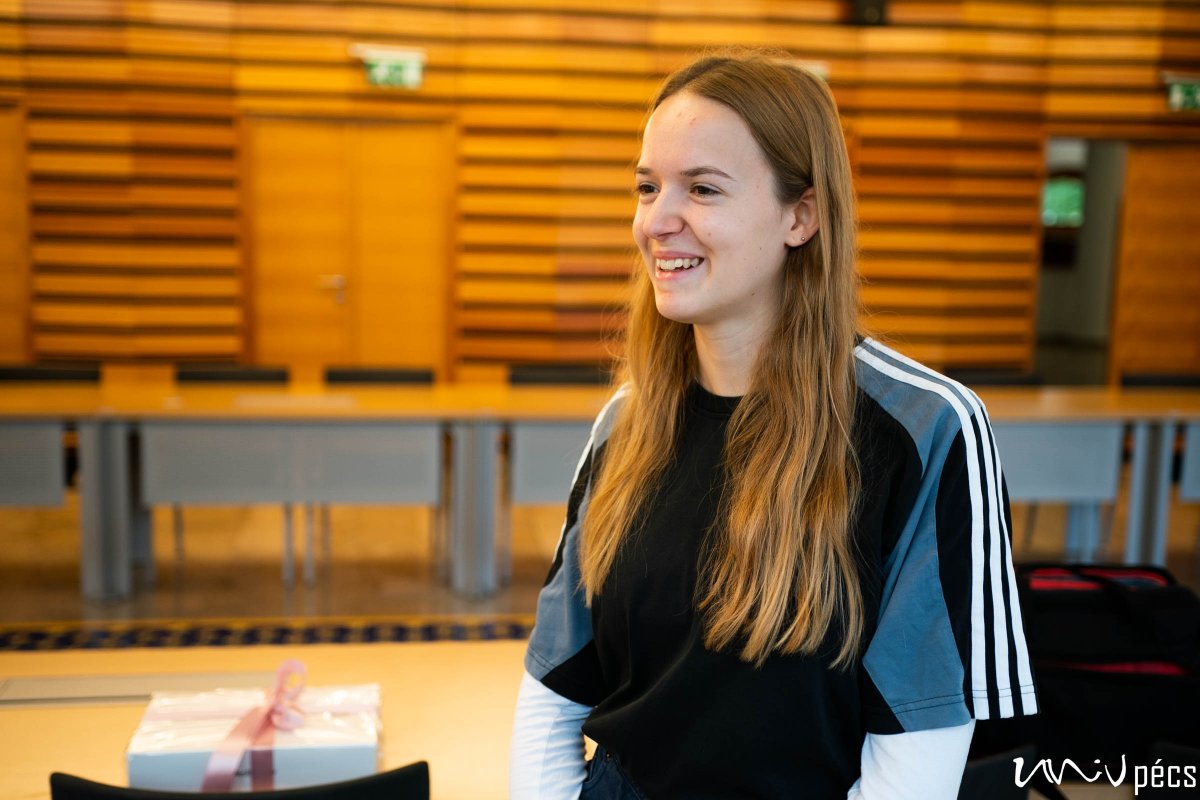 "I really like cycling and I was very motivated by this competition to join the MoonBike challenge. I basically did not do any sports while preparing for my final exams, so I was happy to have the opportunity to exercise. I never thought I would win, but I am really happy I did! I definitely want to continue cycling because it gives me good stamina"

- emphasized Mandula Lenkei, student of UP.

"Based on the experience of the past period, we thought that this prize, a portable computer, could help the winner in his/her studies," said Kinga Szerdahelyi, Marketing and Communications Director of the Diákhitel Központ ZRt. "We are delighted that the participant of the MoonBike 2021 challenge from the secondary school age group has now been admitted to the University of Pécs, so she might benefit even more from the grand prize", highlighted Zoltán Győrffy, director for connections (UP) at the award ceremony.

This year's MoonBike Challenge saw the participation of even more university students, academic and administrative staff, alumni and diaspora compatriots, from India to Argentina. The launch event in May was led by ultra triathlete Károly Mindum and Bence Bicsák, an Olympian who graduated from the Faculty of Business and Economics UPFBE, who cycled with us virtually during his training for the Tokyo Olympic Games. The participants of the virtual community-building programme, which encouraged collective movement and a healthy lifestyle, broke last year's record on the 55th day of the challenge and completed the goal of the Earth-Moon distance, before setting off again with the same enthusiasm as in 2020.

By 30 August, the energetic participants had cycled a total of 806,198.81 km in 100 days, so the original distance set for the challenge was been more than doubled this year. 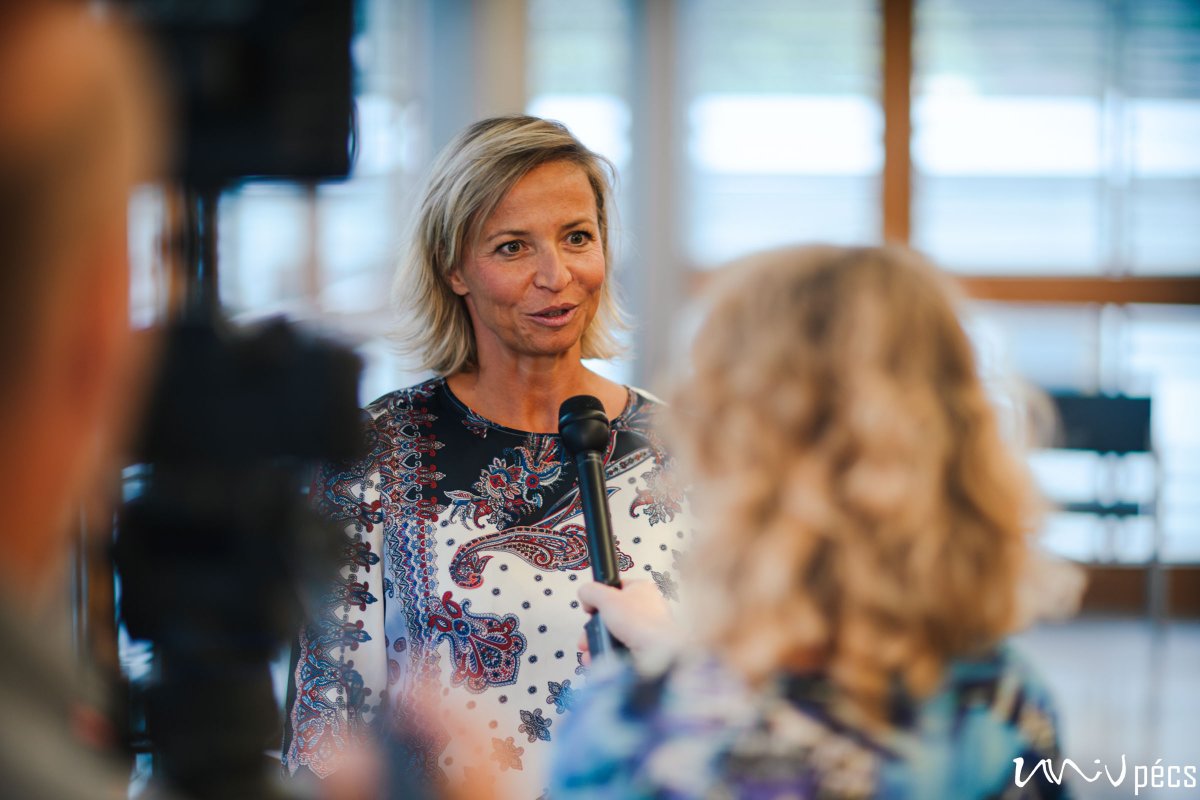 UP, as a Green University, has also made it a priority to promote environmentally friendly cycling. The 806,198.81 km covered represent a CO2 saving of 200.96 t compared to the same distance covered by a medium-size petrol engine car (1700-2000cc). The amount of greenhouse gas saved is equal to the mass of CO2 sequestered by 2,923 50-year-old trees in one growing season. Statistical results show an increase in the use of bicycles and the need for a healthy lifestyle in the 35-45 age group. In many cases, participants in both years of the challenge cycled more or covered a larger distance than in the previous year. 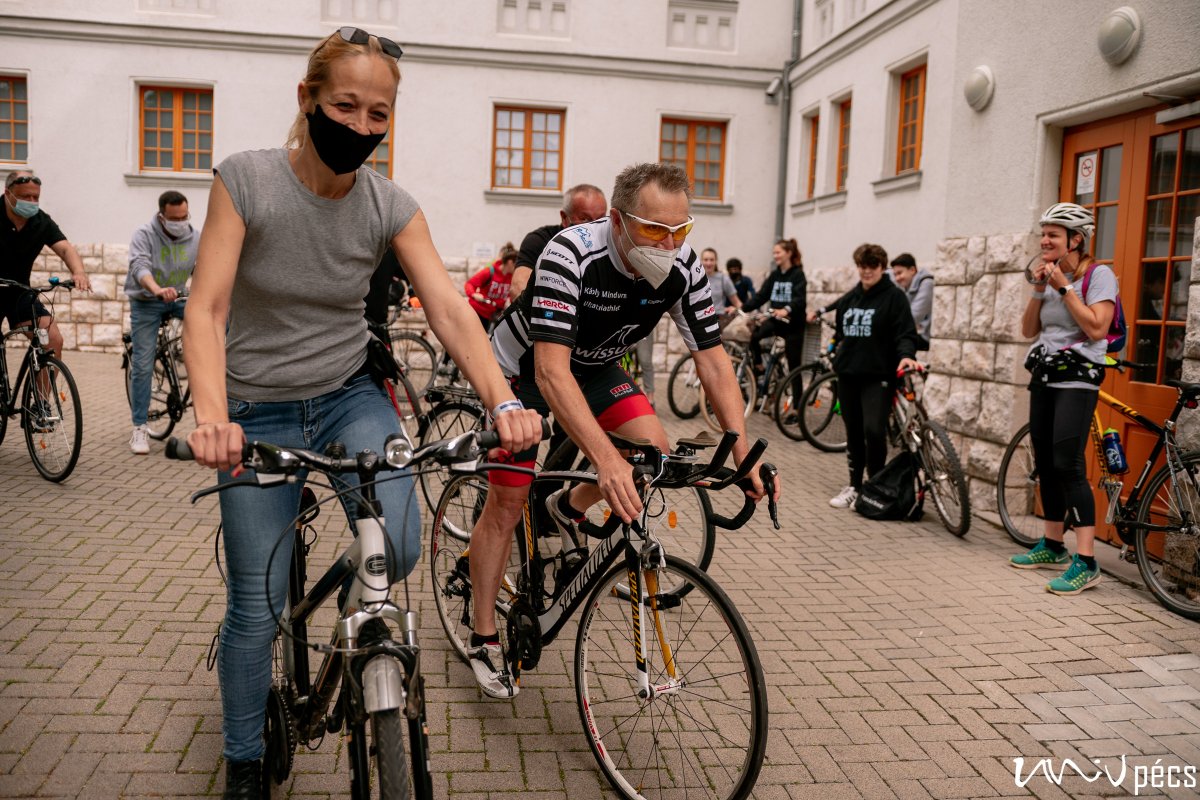 (Dóra Király and Károly Mindum, May 2021 - the start of the MoonBike 2021 Challenge. Photo: Szabolcs Csortos, UnivPécs.)

MoonBike 2021 attracted both domestic and international cyclists: the organisers of one of the most prestigious domestic cycling races, the Tour de Hongrie, the Vuelta Sports Office, the Hungarian Cycling Club, the Hungarian University and College Sports Association, the Hungarian Recreational Sports Association, Pannon Thermal Power Plant Ltd, a member of the Veolia Group in Pécs, Hell Energy, and the President of the Swiss-based Union Cycliste Internationale, David Lappartient, also welcomed the programme. Hungarian and foreign universities and secondary schools, several city councils of the region, PSN Zrt. and numerous tour and race organizers were also active participants and supporters of the initiative. In addition to the laptop, the sponsors also donated a valuable bicycle and cycling accessories, as well as cycling tour tickets and fitness passes. "The success of MoonBike 2021 has promoted the University of Pécs in a unique way, focusing on international visibility, and we plan to launch it again in 2022" - said Dóra Király, main organiser and idea originator of the event at UP.