Lukrécia, the white Bengal tiger, has been the mascot of the University of Pécs since 2019. 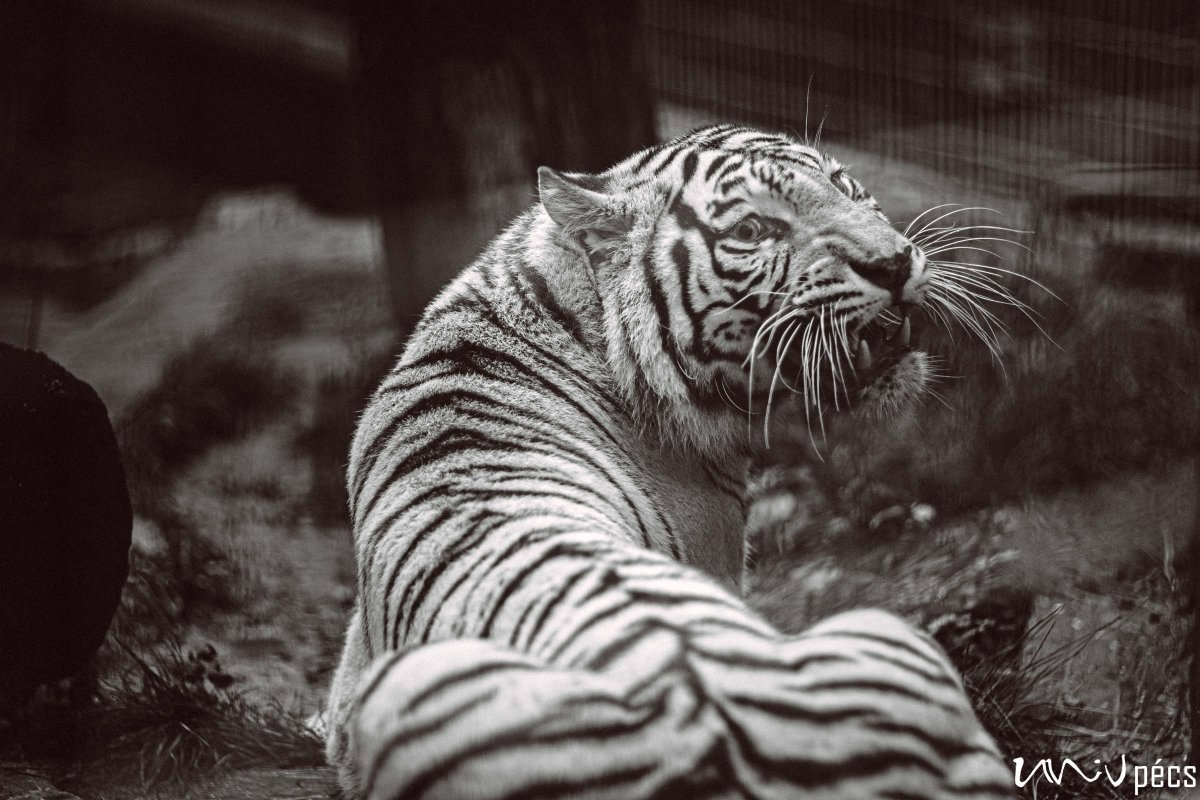 Every year, the Pécs Zoo holds an open day for adopters. That does not mean that the animals can be walked or fed by their adoptive “parents” - especially if it is a wild animal like Lukrécia. The big day this year was 10 October. The drizzling rain has not made it easy for the caretakers: most of the animals would have preferred to be somewhere warm, rather than staying outside with their foster parents. But not Lukrécia! As we scrambled up the hill, you could see our gorgeous mascot watching us anxiously from a distance. 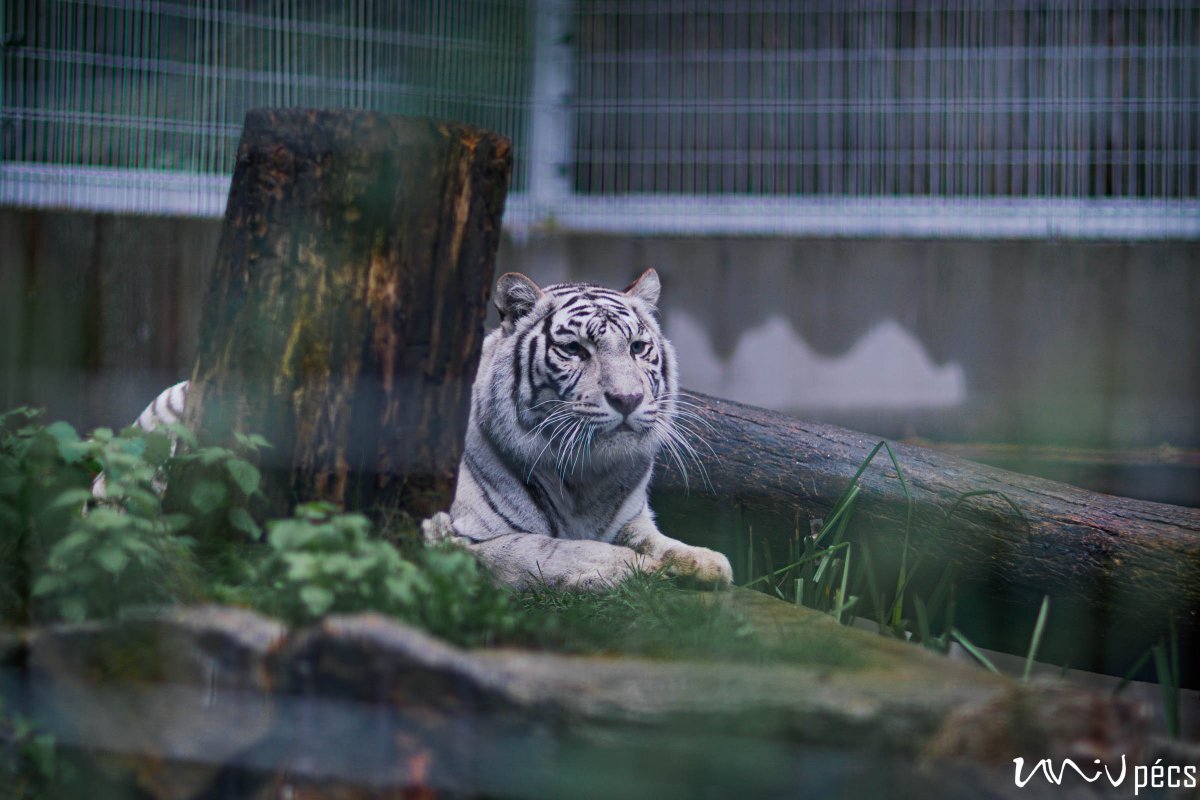 It turns out that our guide, who is adored by cougars, leopards and lions, is however not liked by the two Bengal tigers for some reason. "Tigers are like that. You cannot explain why, but they accept some people and there are some they do not," said the keeper, adding that women are more likely to be tolerated by them and the two tigresses are less likely to growl at them or walk off to the other side of their territory.

It is real girl power here!

We also learnt that Szerénke, Lukrécia's housemate, was not given this name by chance. The two tigers decided who was boss when they arrived at their Pécs home. Lukrécia became dominant, not only because she is slightly bigger than her partner, but also because of her character. (Lukrécia and Szerénke are two nifty cats in the popular Hungarian cartoon series titled Frakk, a macskák réme) 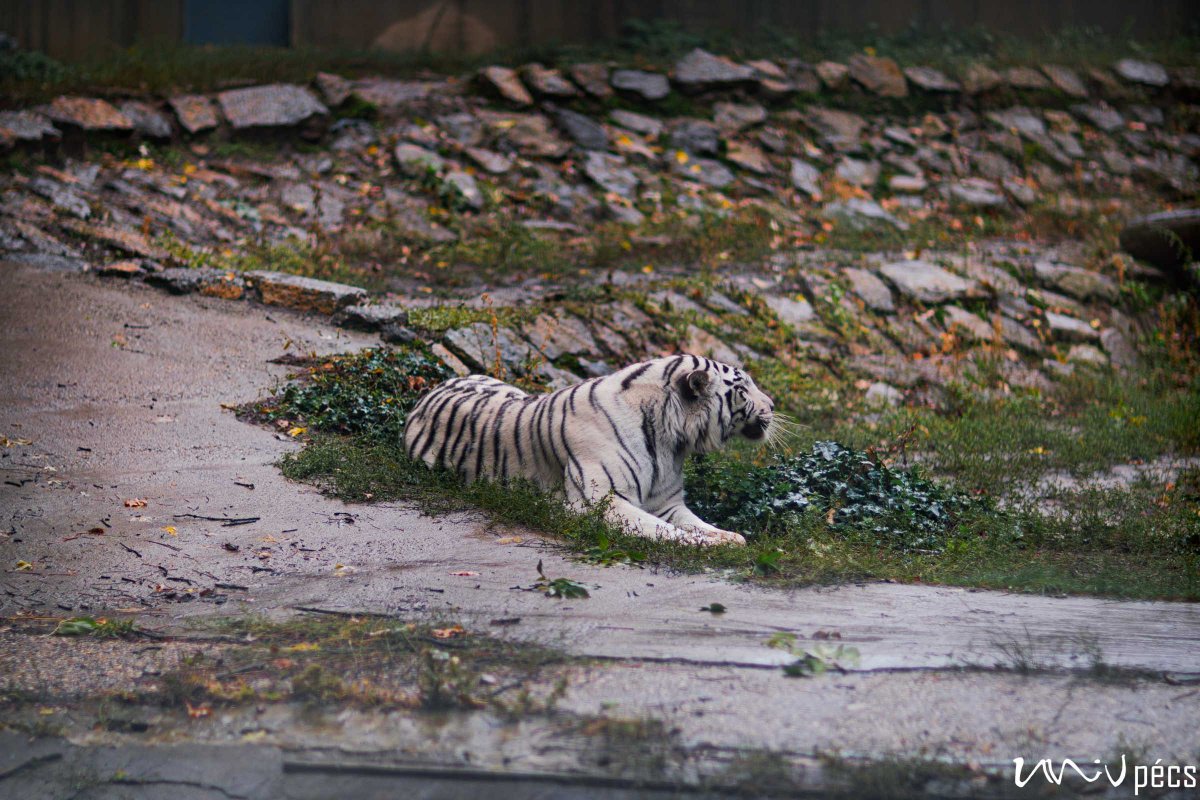 Although the two tigers have different fur patterns, the easiest way to identify them is by the pattern around their eyes: the letter C under Szerénke's right eye, while

They do not listen to their names anyway - perhaps they could be persuaded to do so with training. In a couple of ways, they are like cats: they sleep curled up, they like to play - although the carers say it is scary to watch - and they keep their fur nice and clean. They also have a pool, which they love to swim in during the summer. "Our animals from colder parts of the world tend to have more trouble with our hot summers. The tigers have no problem with rain or snow." 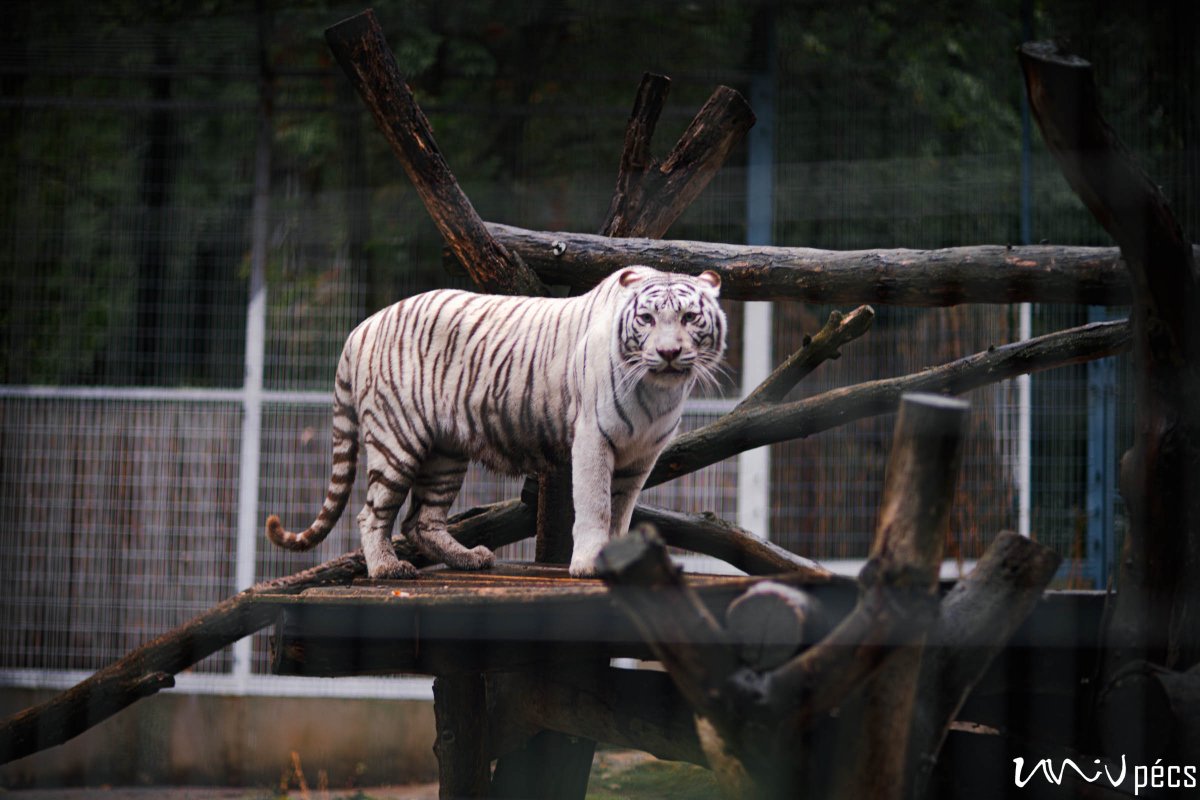 They cannot purr, but they can growl and roar. The growling is what we have had the pleasure of experiencing.

As they also use the infrasound range, a simple recording cannot do justice to how scary it is. You are immediately aware that you are in danger.

They usually attack from ambush and not from the front, so the best defence against them is to put a face mask on the back of your head. This way, the tiger perceives the person as having a face both in the front and the back and is less likely to attack. 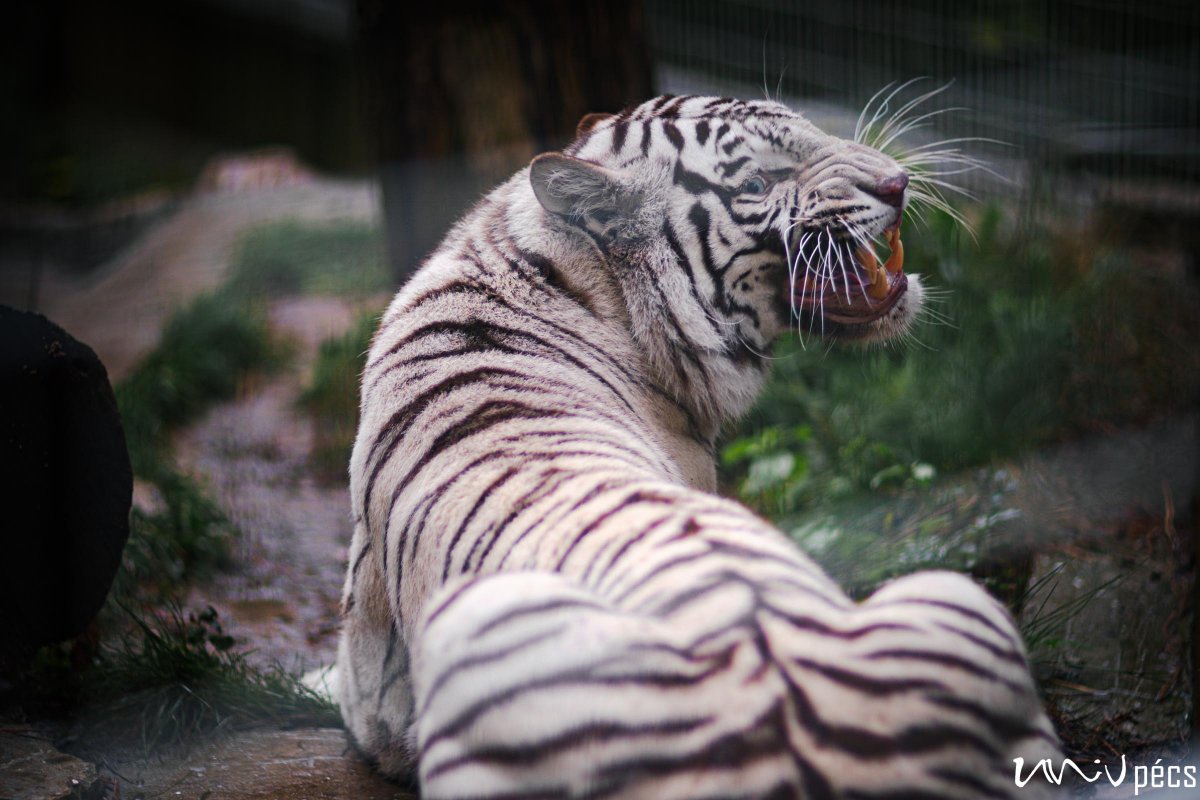 Bengal tigers have tiny white spots on the back of their ears, as if they had eyes.

Perhaps that is why they do not attack each other. Like cats in general, they tend to put on weight - especially if there is no way to burn off the calories - but Lukrécia and Szerénke are in good health.

In addition to the official mascot of UP, the buffalo sponsored by the Medical School, the lively seal of the Faculty of Sciences and the adorable raccoon of the Faculty of Engineering and Information Technology send their warm greetings to all former and current university citizens! 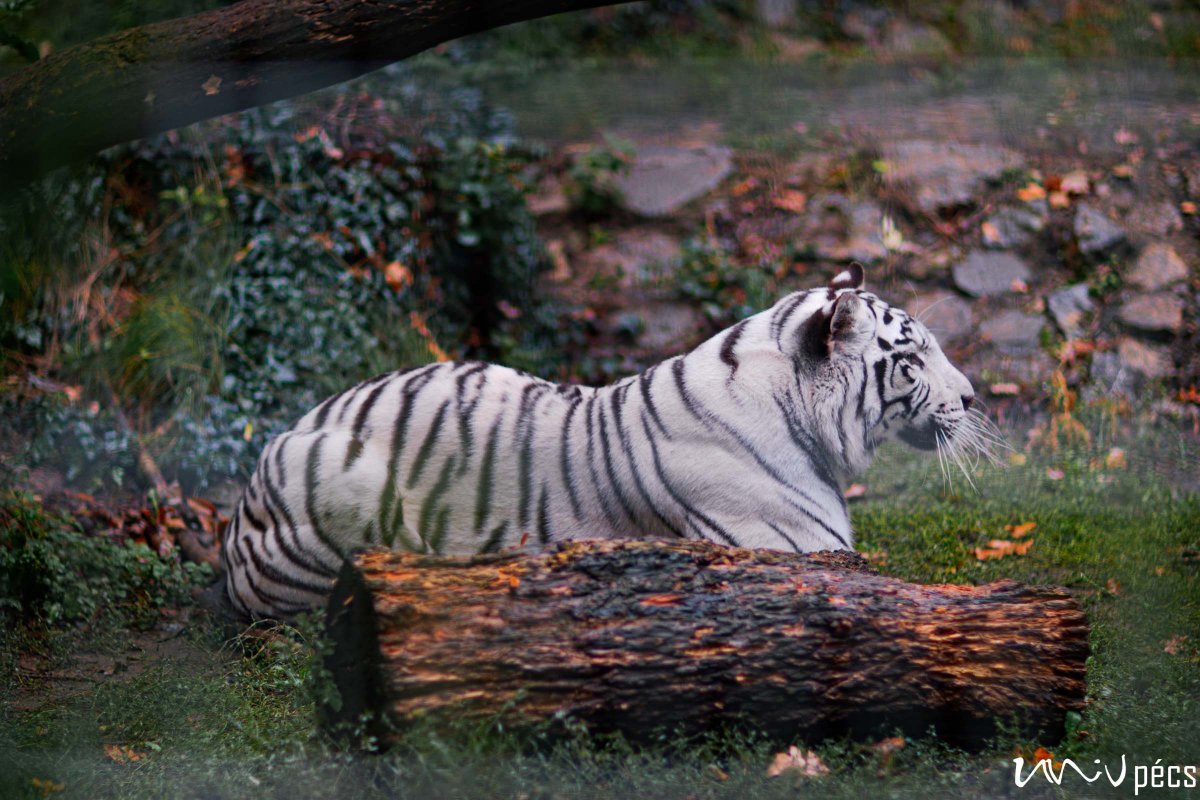 If you are interested, you can adopt an animal or a tree »

The University of Pécs will also be at Planet Budapest 2021!

Ultramodern Education Centre to be Developed at the Medical School

Ultramodern Education Centre to be Developed at the Medical School