The Centre for Internationalization and Connections (CIC) at the University of Pécs has closed a meaningful and successful year.

In the autumn term of 2018/19, the number of international students studying at the University of Pécs reached 4200.

Thanks to the long term internationalization program of the University of Pécs, young people, who are coming from 112 different countries and are eager to learn, have chosen our University from a world-wide list of higher education institutions.

One of our main goals is that those young people, who are studying and gathering experience here, feel well on the campus of the University of Pécs. For this reason, we had organized events and meetings, where they were able to meet diplomats from Hungary and other countries, and ambassadors accredited to Hungary. In this way they were able to get first-hand information about a particular country.

In February, Mrs. Eniola Olaitan Ayaji, ambassador of the Federal Republic of Nigeria to Hungary spoke about the role of her country on the African continent, in its different institutions, especially in the African Union, and about its diplomatic efforts in the service of peace and security. She also explained the Nigerian federal system, and described the different religions and ethnic groups of the country. The auditorium in the Faculty of Humanities was completely full. 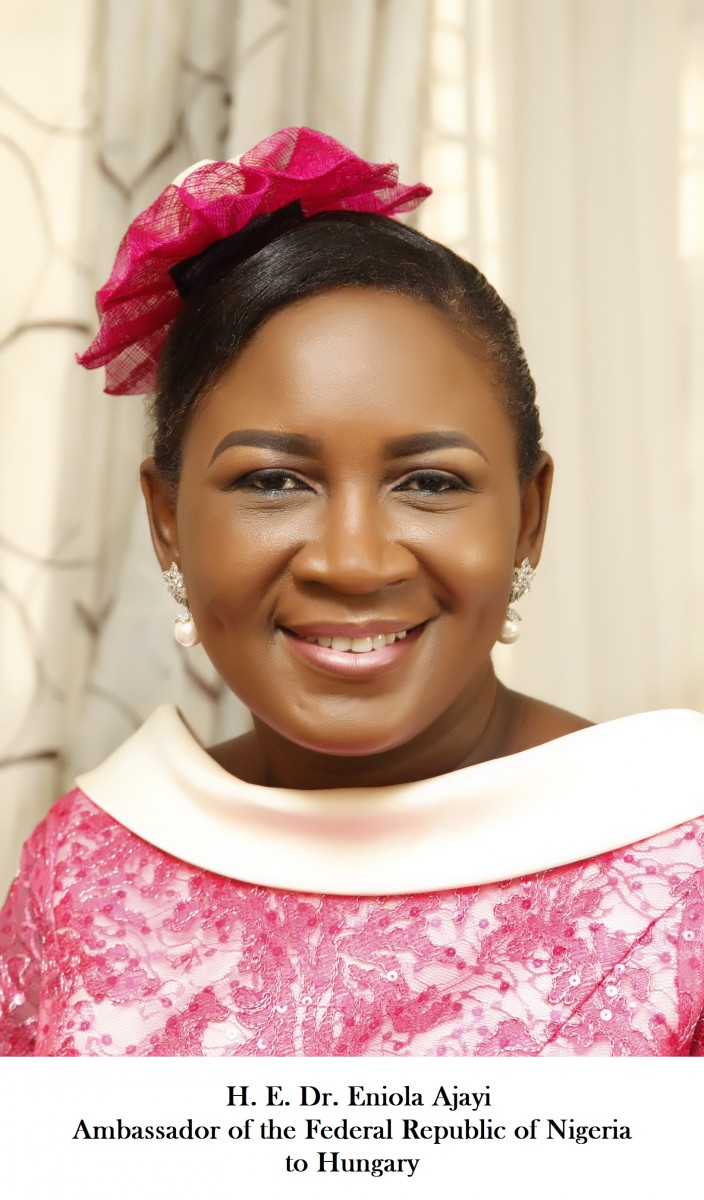 In March, Mr. Rahul Chhabra, the ambassador of the Indian Republic gave a presentation on the colonial and post-colonial history of India in the lecture hall of the Faculty of Humanities of the UP. The presentation gave an insight on the role of India in the world economy and we could follow the story of a huge development starting from Gandhi’s independence movement to the country’s own space program. 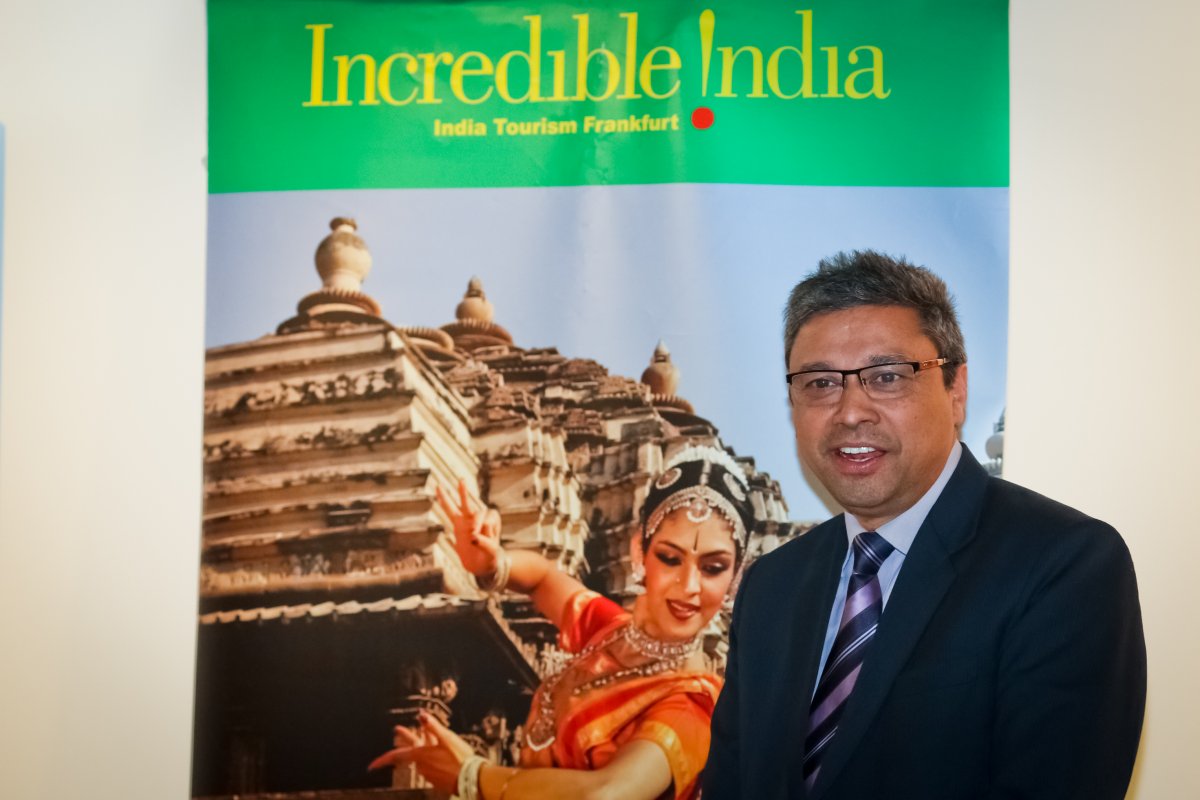 As part of the event International Spring, the CIC organised a high quality and colourful Indian evening with concerts, dance-shows, a photo exhibition and food tastings in the Zsolnay cultural quarter. The event was opened by T.P.S. Rawat, director of the Amrita Sher-Gil Cultural Centre of Budapest, which had opened in 2011. 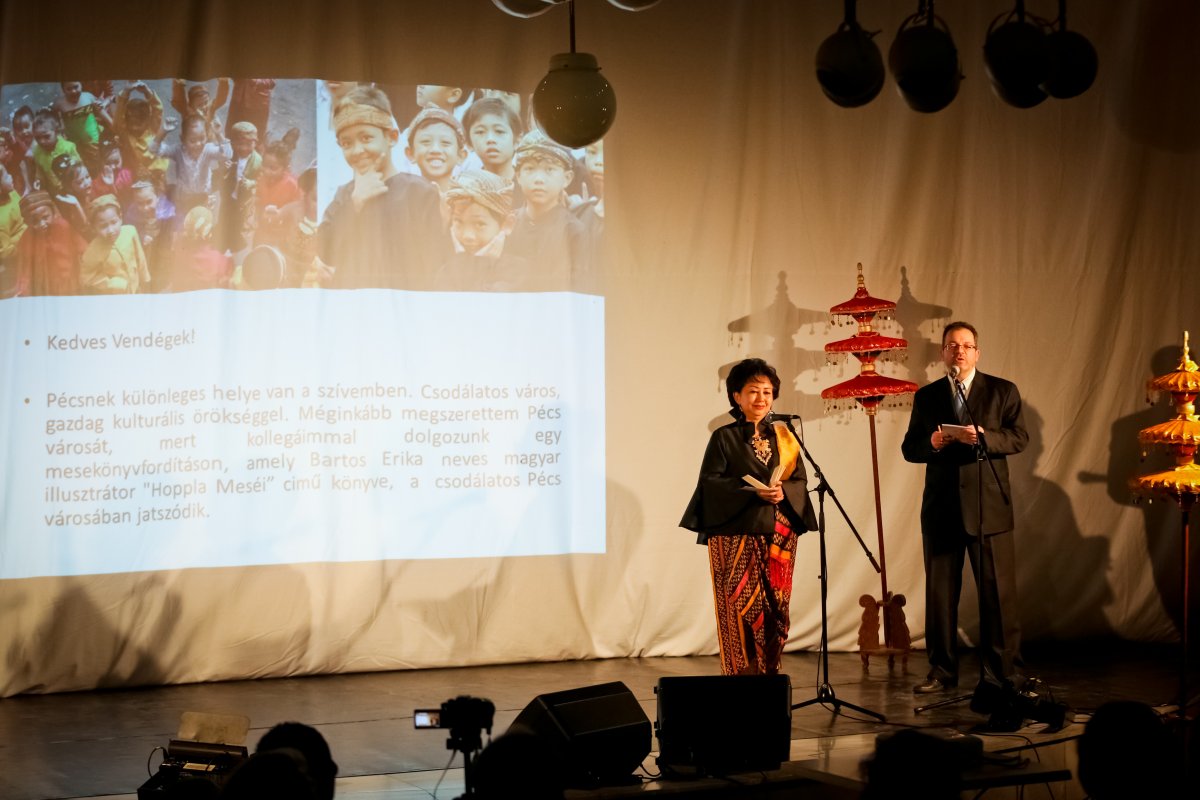 Another event of the International Spring, the Indonesian Evening was opened by her Excellency, Wening Esthyprobo, ambassador of Indonesia to Hungary, who visited the University of Pécs for the second time already. After the event, she spent quite some time with the international and especially with the south-eastern Asian students of our University. 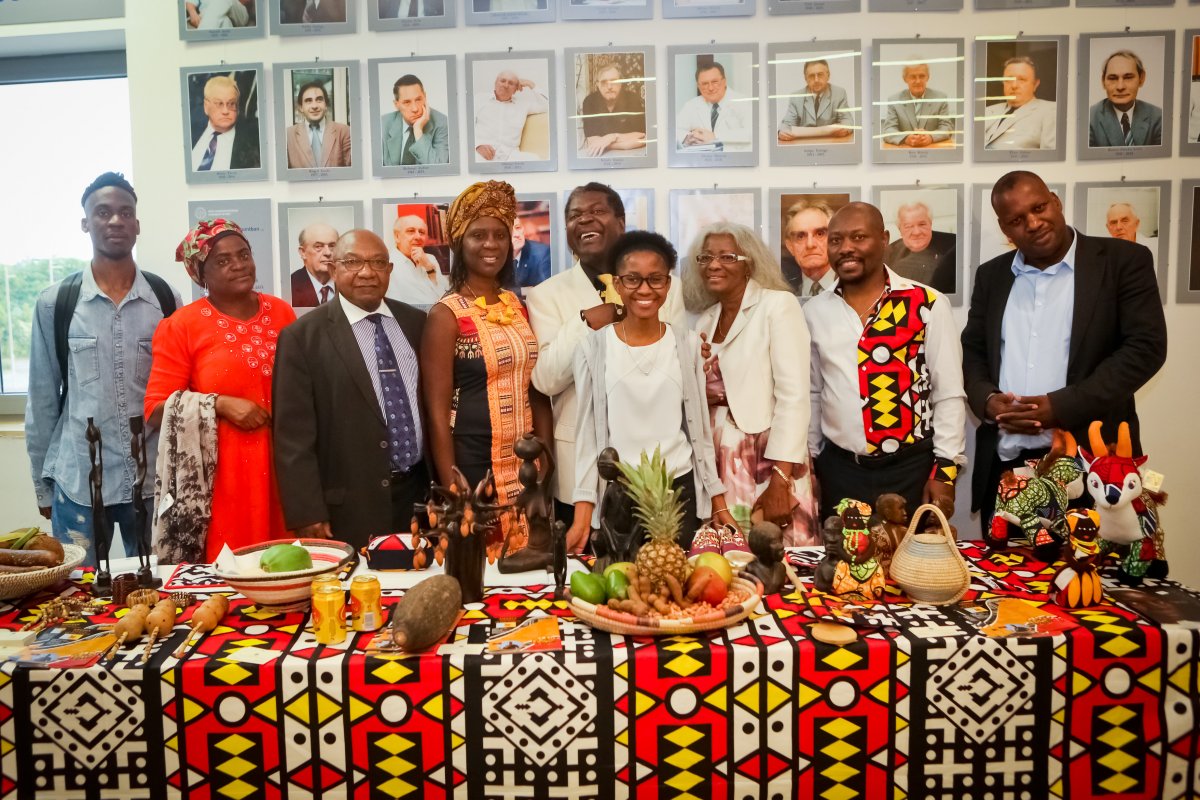 The Angola Day, which was organised in May, is still memorable, since the employees of the embassy of Angola had done everything for the wellbeing of the participants, and for the wellbeing of their stomach. The event was organised in the Centre of Learning, where we had the opportunity to watch an exciting historical film, and in the hall of the building we could see a special photo exhibition showing the culture of Angola, and its several ethnic groups. Finally, a delicious tasting and a dance show closed the program. The event, which was a fun until the end, was opened by Lizeth Nawanga Satumbo Pena, the ambassador of the Republic of Angola to Hungary. 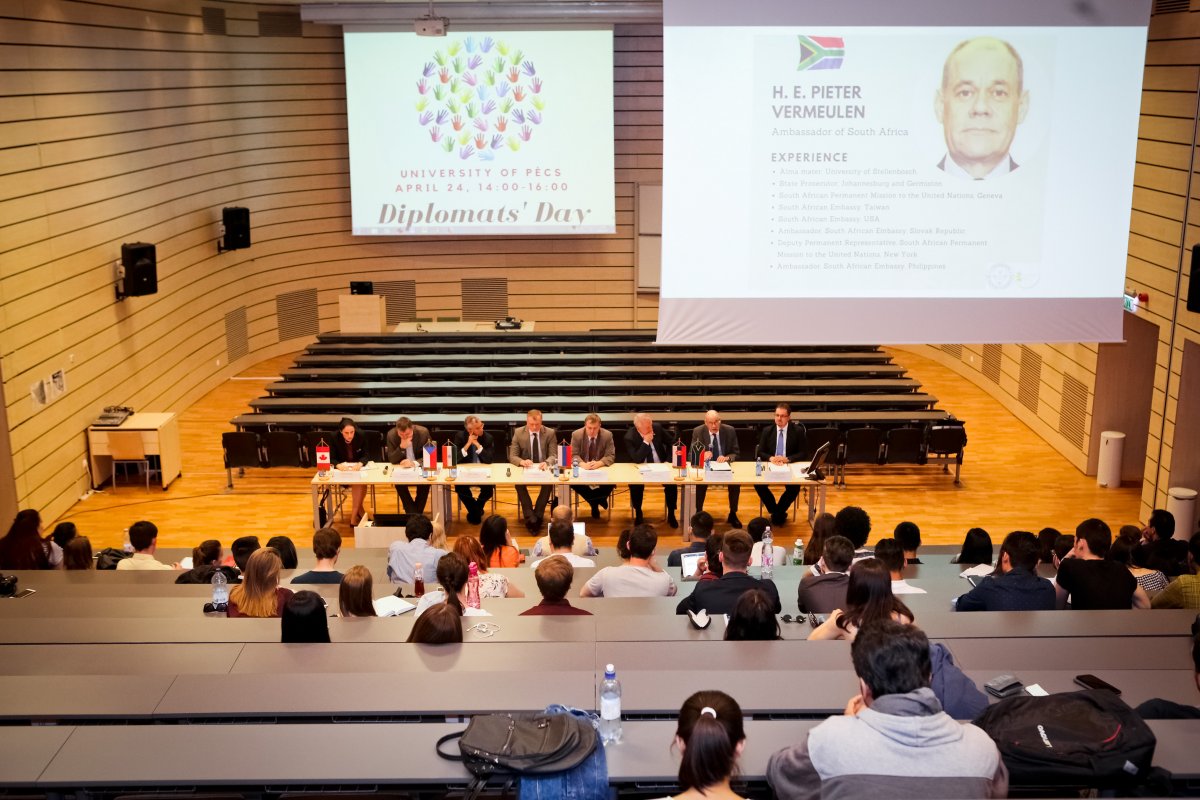 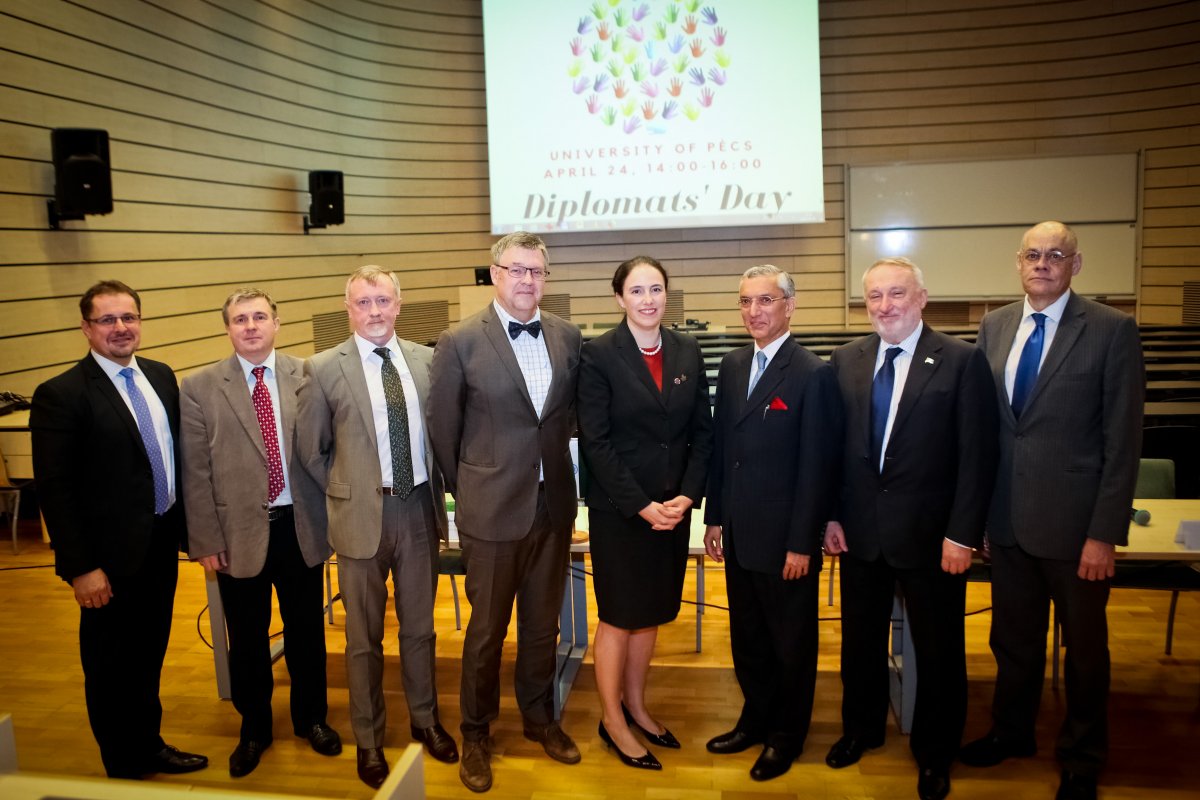 After the proposed questions, the audience could ask questions from the participants spontaneously. It shows the preparedness of the audience, consisting mainly of international students, that they were curious about the opinion of the diplomats in such current affair issues as the collaboration among the BRIC countries or the global illegal trade of weapons. 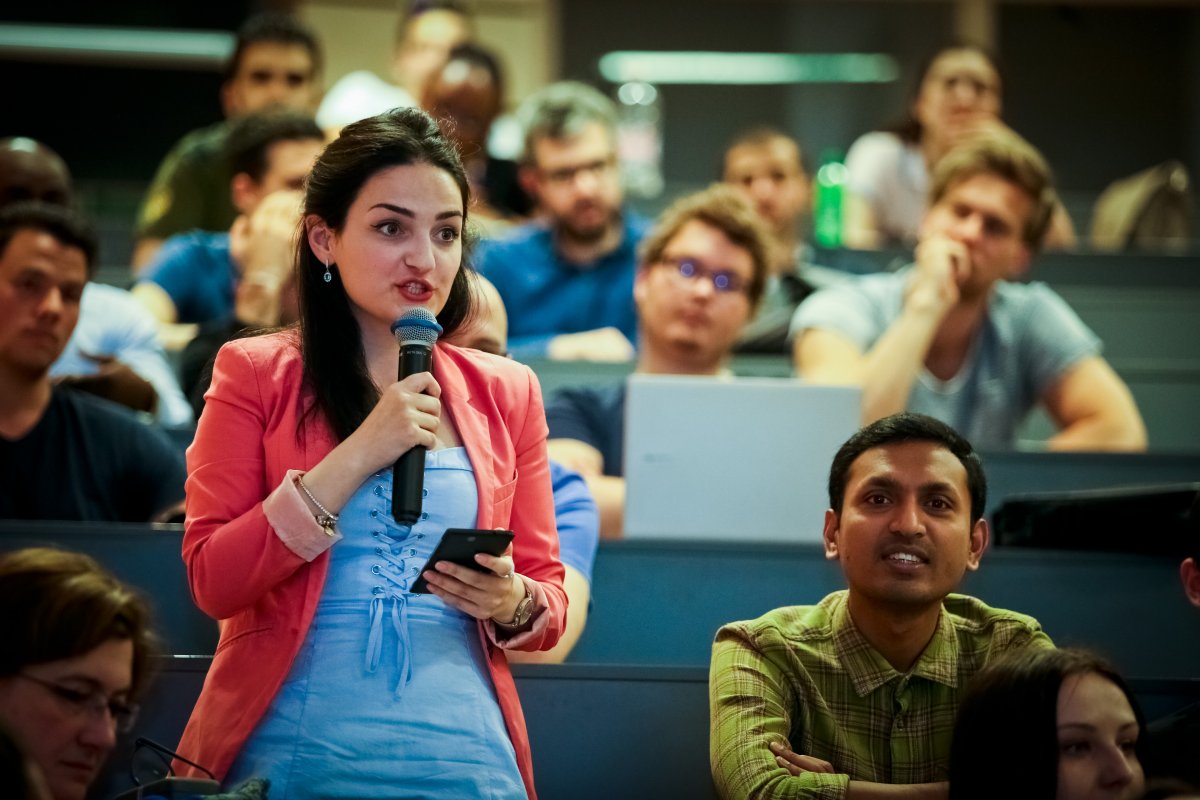 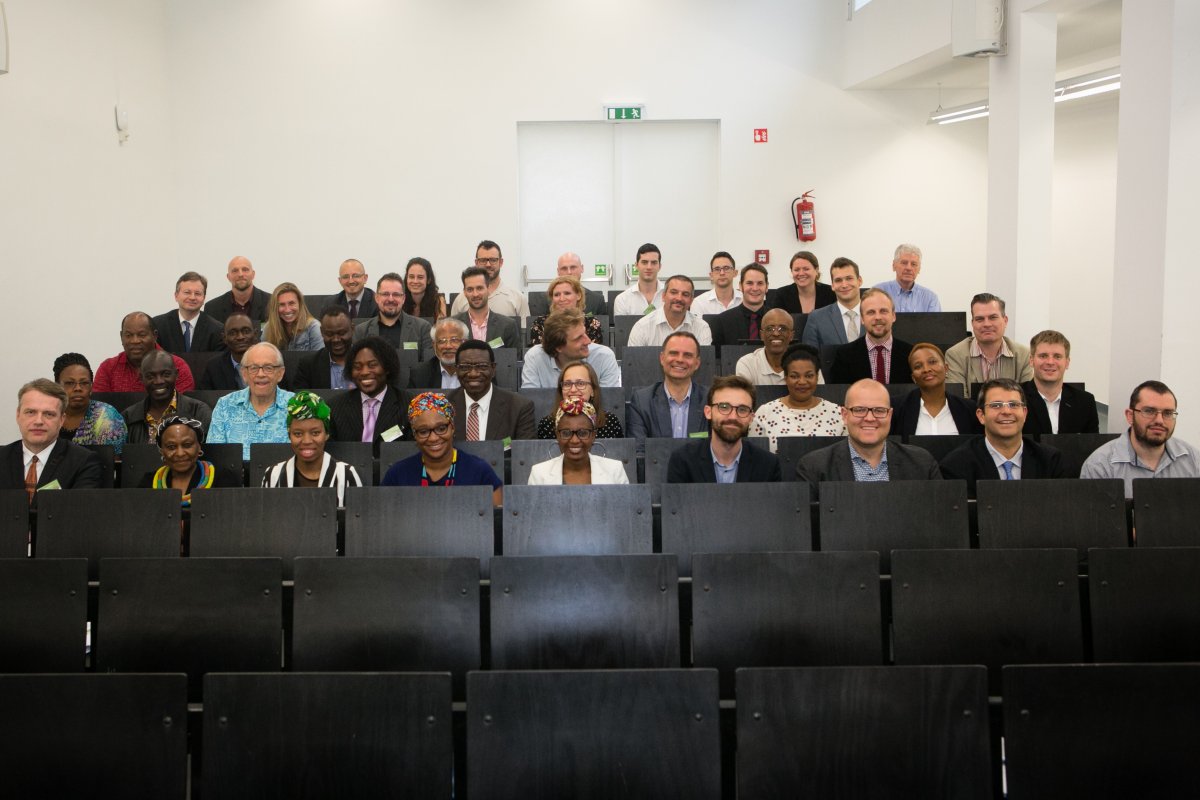 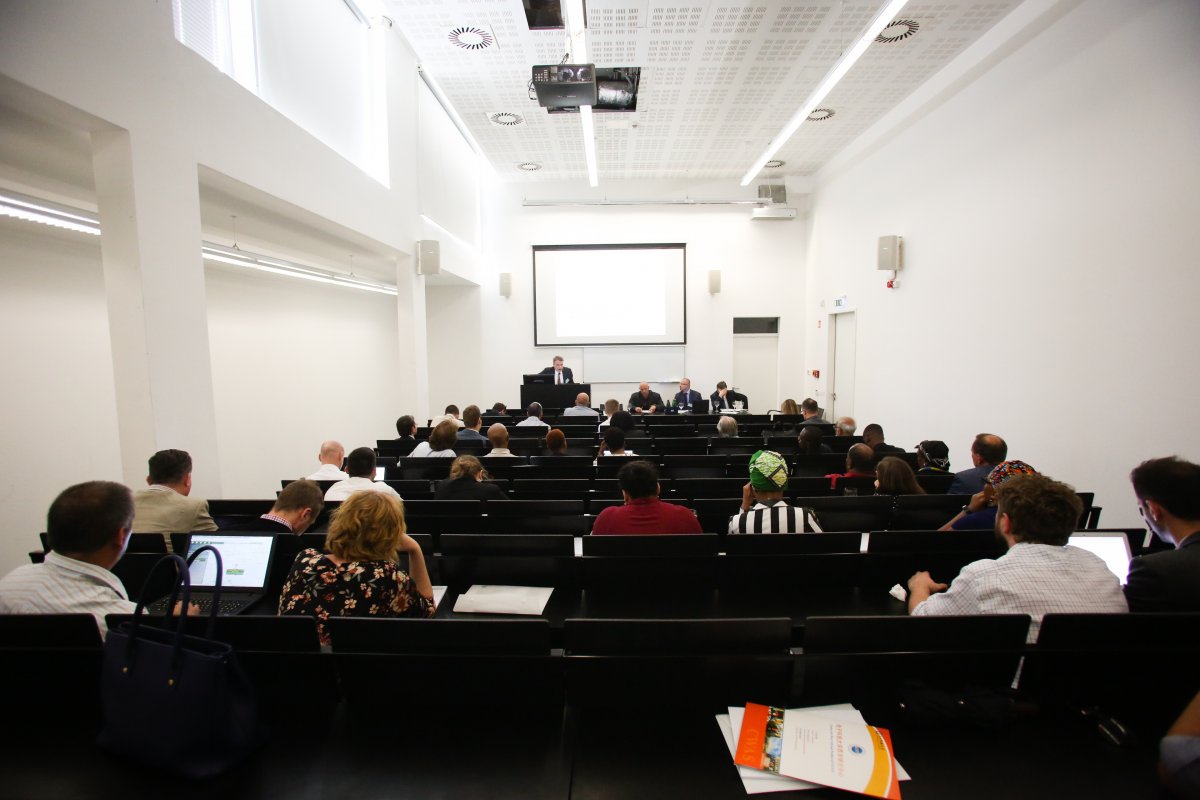 More than 40 researchers in 5 panels exchanged their experience in various  subjects. The conference specifically addressed the topic of the relationship between the Visegrád Group of Cooperation and Africa. On the closing day of the conference, a special symposium discussed the same subject with the participation of foreign policy diplomats of the Visegrád Countries. The Hungarian diplomacy was represented by Dr. György Suha Ministerial Commissioner at Ministry of Foreign Affairs and Trade. 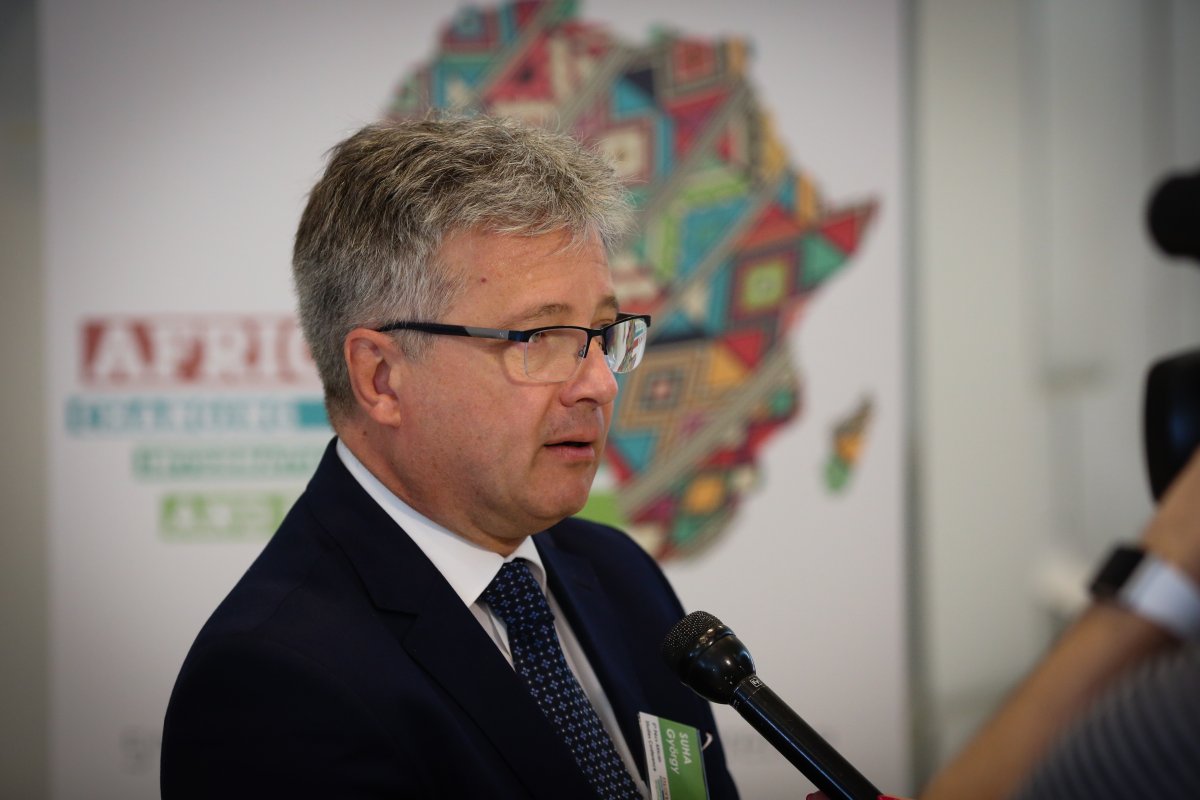 Thanks to the contribution of Pieter Vermeulen, the ambassador of South-Africa to Hungary, the participants of the conference had the opportunity to watch a documentary about the life of Nelson Mandela. 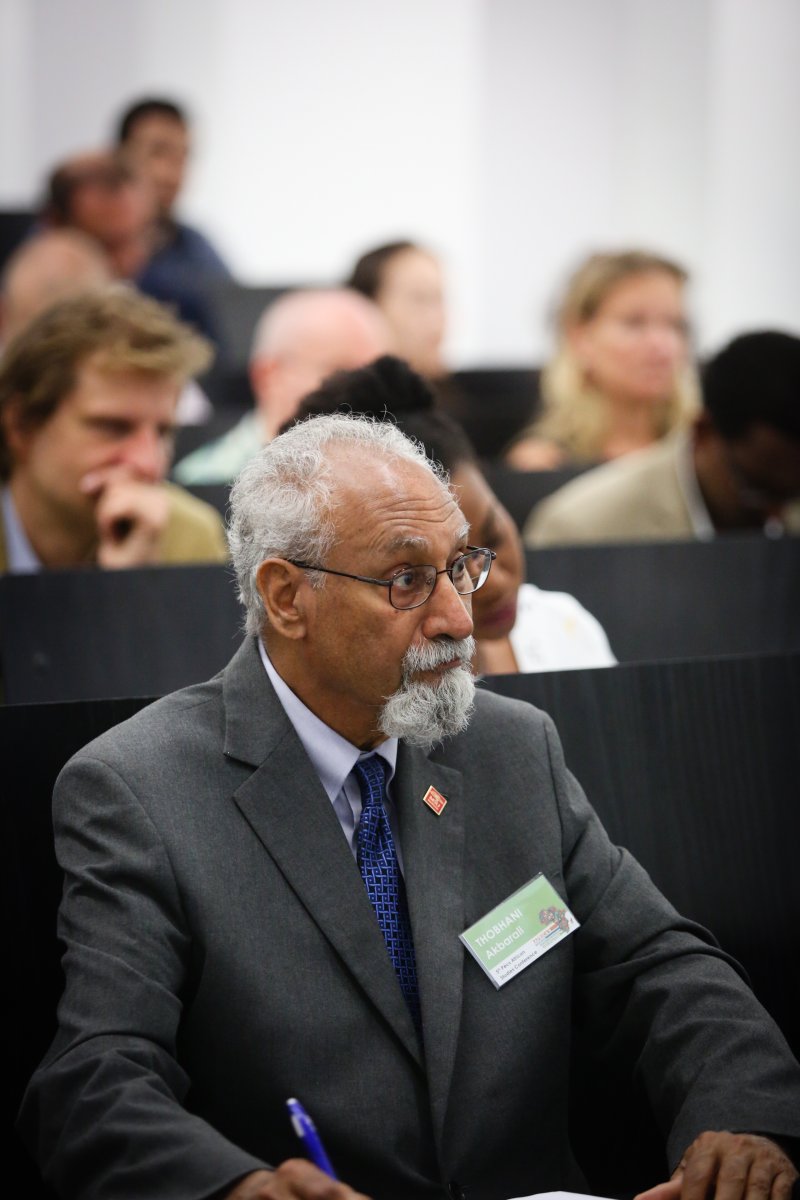 In October, two well-known diplomats were guests at the University of Pécs. Dr. Amaral da Silva Lala, Assistant Professor of Higher Institute of International Relations of the Ministry of External Relations of the Republic of Angola gave a presentation on the history and development of Angola after the civil war at the department of Political Science and International Studies at the Faculty of Humanities. Following his presentation, the professor answered the questions of the students. 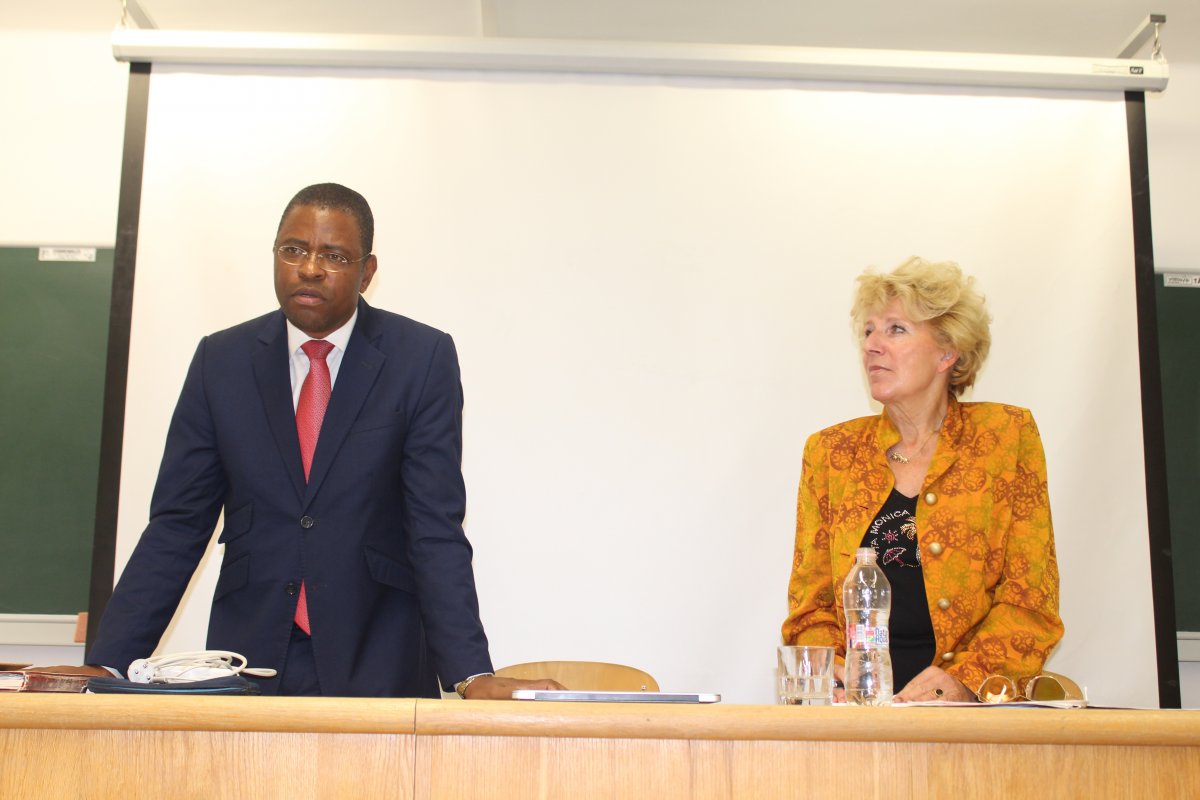 A week later, Aliaksandr Khainouski, the ambassador of the Republic of Belorussia met students from the University of Pécs and answered their questions. In addition to giving a presentation at the University, he also visited Zoltán Madaras, the president of the County Council and dr. Tamás Síkfői, the president of the Chamber of Commerce and Industry of Pécs-Baranya. The discussions he led with them centred on possible economic cooperation between our region and Belorussia. At the end of his visit, Mr. Khainouski gave a special gift to the Library of the Centre for Learning, a book in English with the title Belorussia in Maps. 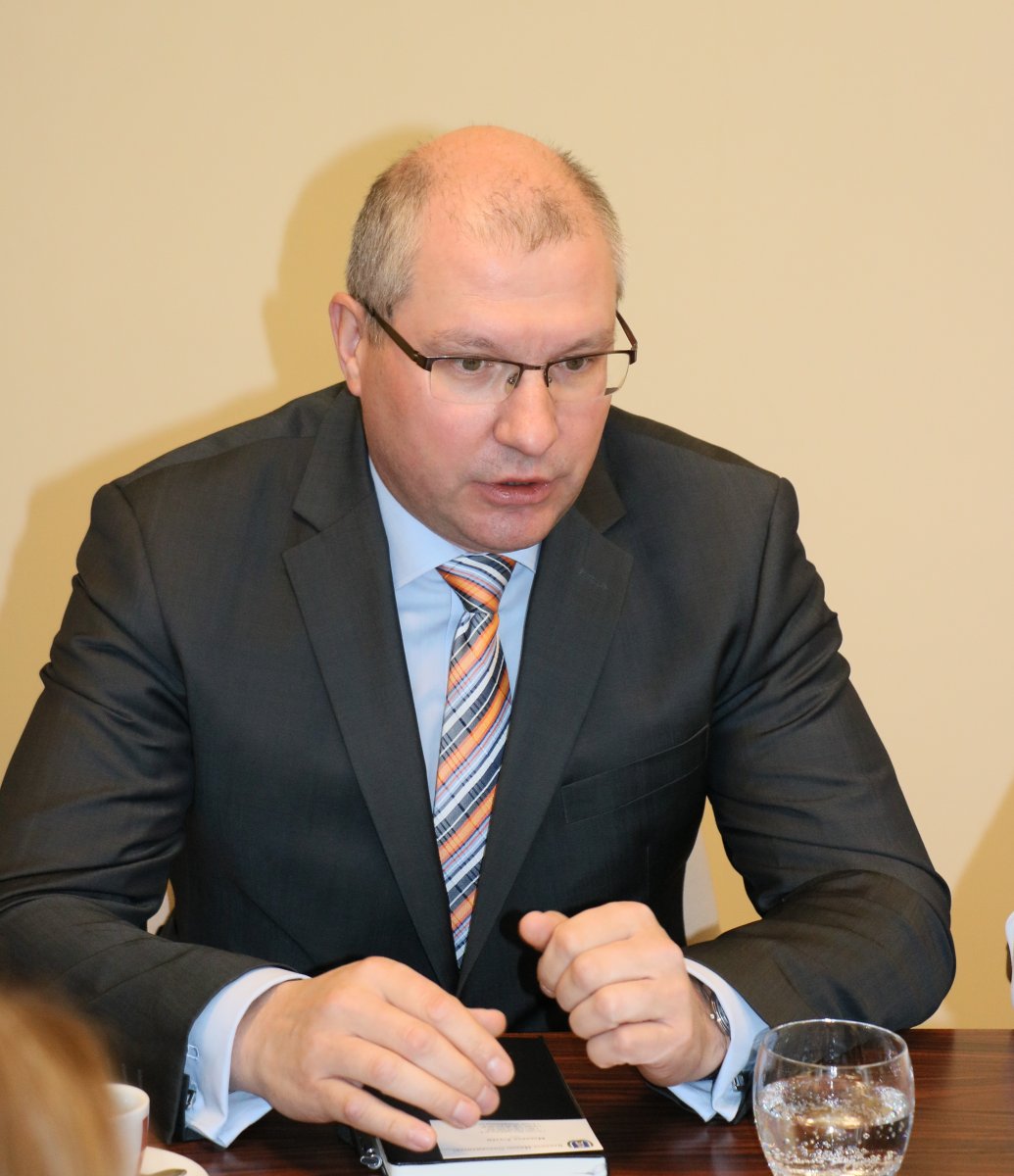 Between 4-5th of October, the University of Pécs and the European Scientific and Technological Cooperation (COST) organised a meeting for researchers and university lecturers from all around Europe. The event took place in the Nádor room of the Hotel Palatinus with around 40 participants. 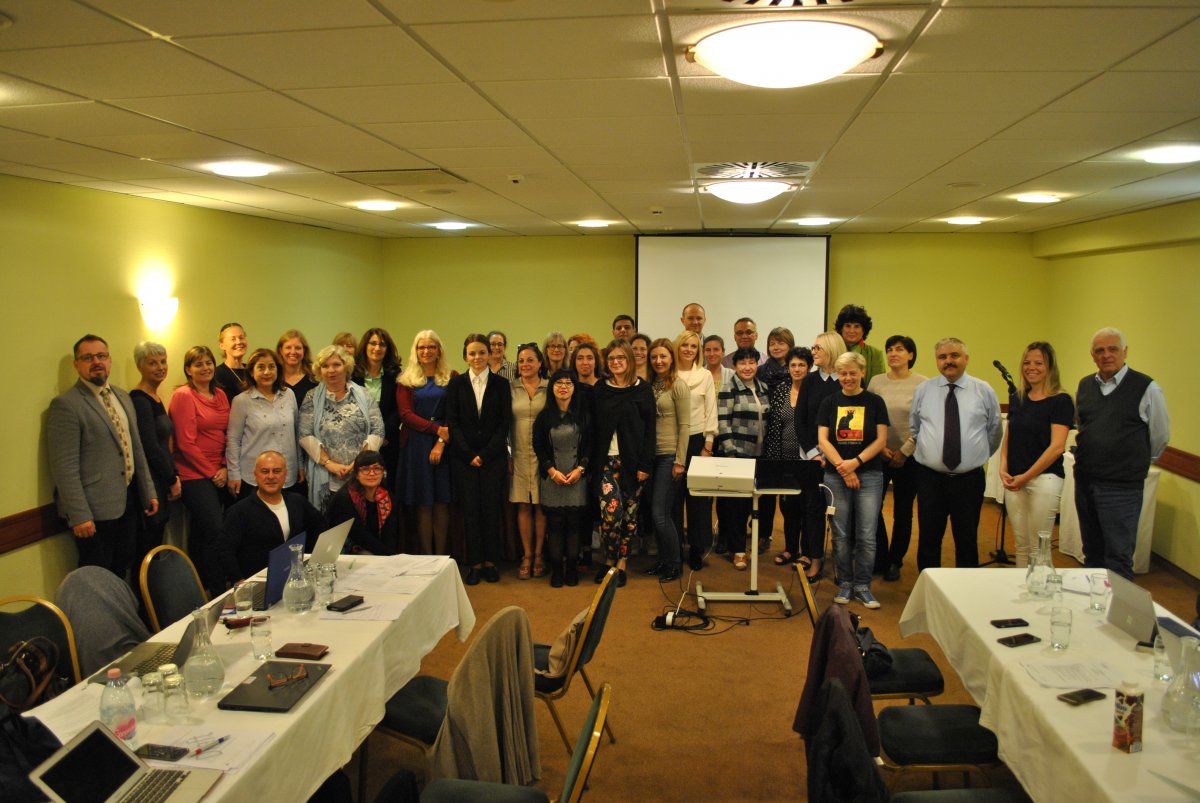 COST was established in 1971 with the participation of 19 countries and with the aim of coordinating basic, state funded technological and scientific researches and supporting and encouraging projects and grass-root initiatives that coordinate such research activities. In the projects of COST, universities and research institutions are involved on the first place, but also industrial companies participate to a lesser extent. One of the indicators of the organisation’s success is that it already consists of 37 members. During these 2 days, the participants saw the sights of our city and visited the Kodály Centre as well, where they could listen to the festive concert of the Arthur Rubinstein Philharmonic of Cracow in honour of the 100th anniversary of Polish Independence. 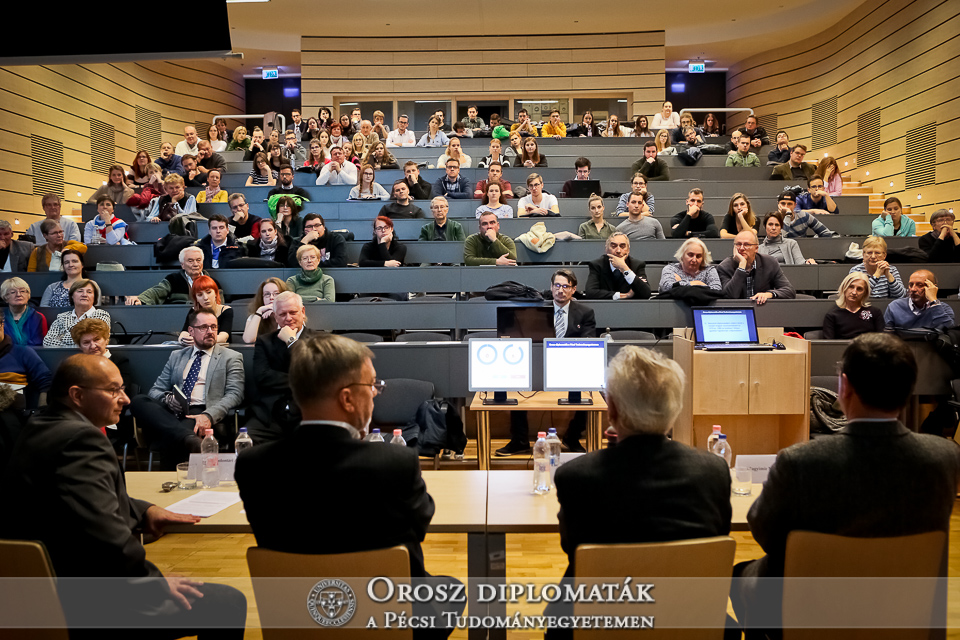 On November 21st, a round table debate took place in the auditorium of the Centre of Learning with the title: Russian Diplomats at the University of Pécs. For this occasion, we invited three highly experienced Russian diplomats: the ambassadors Igor Sergeievich Savolski and Dorokhin Vladimir Dmitrievich and the Vladimir Mihail Mihailovich, who was also interpreter for Mihail Gorbahev, the last general secretary of the Soviet Communist Party. All three of them know Hungary very well and speak Hungarian excellently. 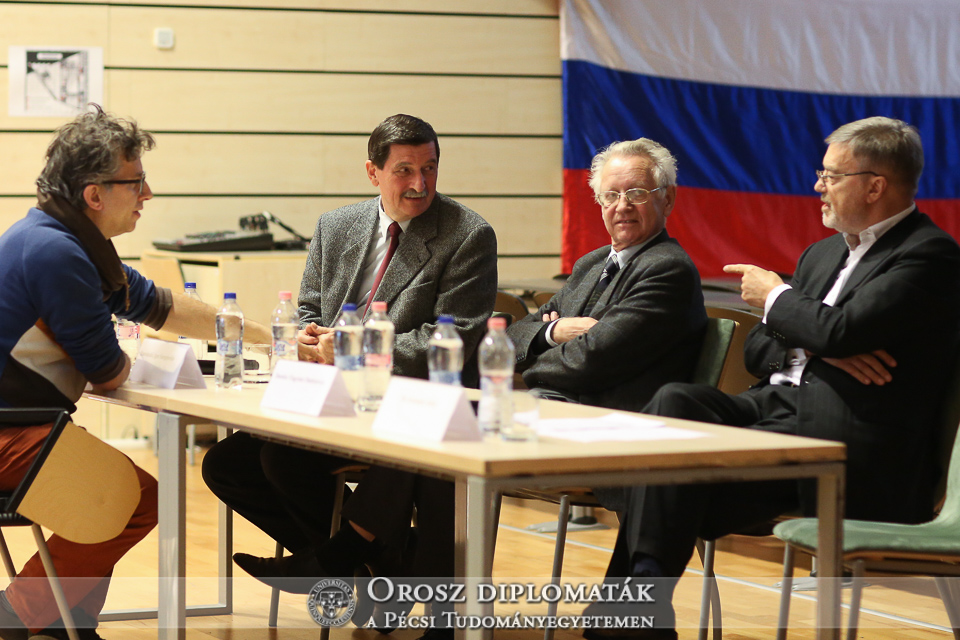 During the round table debate, they recalled the best memories of their careers in Hungary, they talked about their relationship to Hungary, and we could take a glimpse behind the curtain of Soviet-Hungarian relations before the system change. In addition to evoking memories of the past, we were provided an overview on the dynamic network of relationships between the two countries. They expressed their views on such sensitive issues as the crisis in the Ukraine, as well as the future of Russia and the European Union.

Though we are at the end of year 2018, life does not stop for us here. We are already working on the events of the next year. But one thing we can reveal: there will be more programs and we will enrich scientific and public life of our university by the presentations of outstanding diplomats and researchers.