The European Digital UniverCity (EDUC) - the alliance of eight universities led by the University of Potsdam - will receive funding from the European Commission for another four years, the Commission announced today. EDUC is one of 17 pilot university alliances funded by the EU since 2019. The funding amount for all eight partners is 12.8 million euros over four years. 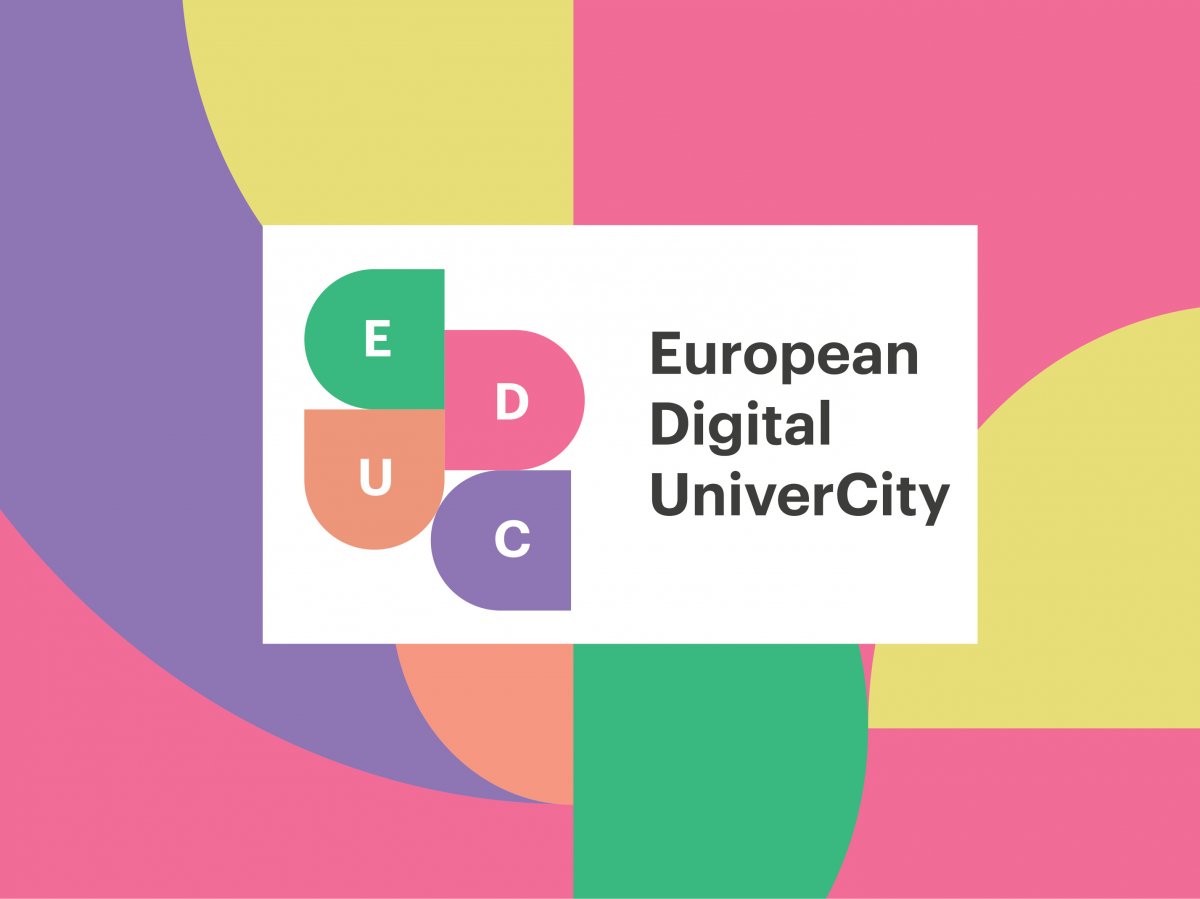 The University of Potsdam and its seven European partner universities: Paris Nanterre and Rennes 1 (France), Cagliari (Italy), Masaryk (Czech Republic), Pécs (Hungary), Jaume I (Spain) and the University of South-Eastern Norway (Norway) received confirmation today of further funding from the EU for the University Alliance. They are thus building on the successes of the pilot phase and deepening their cooperation in the area of innovative mobility scenarios and the internationalization of curricula. Over the next four years, they intend to further develop their joint virtual campus, link research and innovation with teaching using problem-based projects, promote exchange and further training of their scientific and administrative staff, and strengthen networks into society.

The University of Potsdam is very much looking forward to further cooperation with its European university partners.

“In ten years’ time, students should be able to largely determine the period, location and content of their studies themselves within the framework of our European alliance,”

says the University of Potsdam's Vice President for International Affairs and Fundraising, Professor Florian Schweigert. Over the next ten years, the current collaborative activities of alliance members are expected to evolve into coherent structures that fundamentally change the way partners fulfil their individual missions of education, research, innovation and service to society. The goal of the European Digital UniverCity is to develop into a true European University.

We asked Dr István Tarrósy, Professor, Head of the International Centre of PTE and EDUC's professional leader in Pécs, about the details.

How much was the continuation of EDUC expected?

We were very much confident that we would be successful in our bid to continue! We had several reasons for this: on the one hand, thanks mainly to the work of our colleagues in Potsdam, the preparation phase for the application was handled in a highly professional manner, on the other hand, the Norwegian and Spanish partners who joined our association since its launch have also made a significant contribution to the application, and, on top of that we also had the help of external experts.

The preparatory work has been intense, with at least 20 online meetings per week devoted especially to this case during the last six months. In this sense, I was not surprised, but rather interested in how they evaluated our work so far and our plans for the future. Out of a maximum of 100 points available in the competition, the EDUC association received 91, which is an impressive result indeed.

We have been awarded a four-year grant, which can be extended for an additional two years - a period of time that will have a significant impact on the future of our members and indeed on the rest of the European higher education landscape.

The association has around 200 000 students and 31 000 teachers, researchers, technical and administrative staff. By 2027, the EDUC will be a new kind of transnational university community, built on the priorities of multilingualism, inclusion, interdisciplinarity and digital technologies, and will best prepare its students for the societal challenges of the future.

What has the EU valued most from EDUC activities so far?

From the detailed assessment documentation, it is obvious how much it meant that the 8 universities of the EDUC alliance represent the European macro-region adequately. Geographical diversity was also a criterion.

What the judges also emphasized is that over the past three years, we have been building a systematic approach to laying the foundations for our long-term goals, including joint degrees, new versions of mobility, joint internships, joint research and the linking of all these into the ecosystem.

As far as the ecosystem is concerned: we have already been able to show you cooperations that have already been implemented! We have included more than thirty external/associated partners in our application, from companies and NGOs to local cultural institutions and chambers of commerce.

This also means that the reach of EDUC and the spirit behind it in these regions includes a much wider circle than just the students and the people working in the association.

What would you personally highlight from your EDUC activities in recent years?

The working methods that the members apply has become really smooth. Initially, it was more difficult to establish a basis for working together with all our different cultural backgrounds, different national laws, different interpretations. To give you an example: not all EDUC partners interpret university degree in the same way. Our concept of a diploma does not cover what the French mean by "diplôme" or what we mean by the English word "degree". We had to harmonise our understanding of these concepts, but since then we have worked intensively and successfully together. 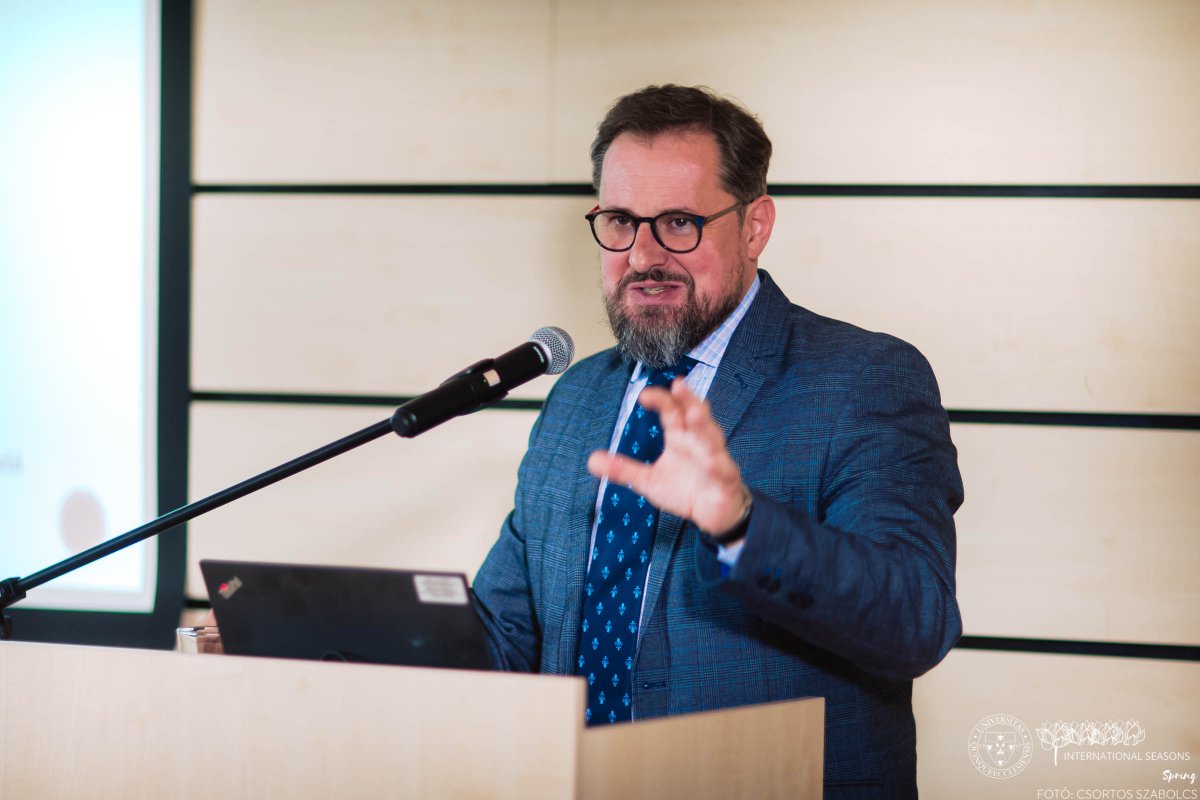 The EU seems to be thinking more and more strongly about university alliances. What does this mean for the European Higher Education Area?

Higher education in the 21st century must also be interpreted on a global scale. There are many European universities that are already competitive on a global level, while there are also others that, despite being successful in their regions, are not sufficiently competitive.

The EU plans to strengthen universities by favouring the structure of associations. This form of cooperation means much more than networks, because it makes systemic building and deeper reforms possible.

By bridging national differences, we can work within EDUC to increase our own competitiveness while increasing that of our allies. In other words, the positives are not only for the benefit of the members, but also for the benefit of all European partners. Let me give you a few examples. To employ and recruit a foreign teacher, a common and efficient mechanism can be developed. Or you can share the network of contacts that a partner has already built up for itself - for example, we can share with EDUC members the good relations we have with the Western Balkans, while our French partners can share the external networks they have built up in the Maghreb region.

It is also not a secret ambition of ours to establish a separate legal entity. This does not mean that the universities involved in the alliance will merge, but it could provide a legal framework for cooperation.

Joint degrees are mentioned several times in the context of EDUC. How will these be implemented and why is EDUC good for students?

The recognition of EU diplomas within the EU is fairly straightforward. Within EDUC, we want to launch new common, specifically joint diploma programmes. This does not necessarily mean that all eight partners will automatically participate, but the qualification will be under the EDUC umbrella and will be worth more than a degree from one institution. In addition, we are not developing full degree programmes, but joint training programmes with a number of modular elements, leading to a micro-certificate, which will make graduates even more competitive in the labour market. I have been involved in course development myself, and it is no coincidence that there is great interest from all members of the association.

As far as I know, UP is doing well within EDUC, for example, the highest number of the people taking advantage of the mobility opportunities was from UP. What can we expect for UP in the future?

In the first three years, UP coordinated one of the twelve work programmes, the one that focused on internationalisation. In the next period, we have taken on many more tasks:

the University of Pécs will be responsible for three UP-coordinated and three co-coordinated work packages.

In the first three years, the budget allocated to UP was €500,000, and for the new tasks we are starting, we will have a total budget of more than €1.2 million. This is a huge task, but also a huge opportunity! The focus of the work packages concerned also involves finding ways to make it work for everyone, and therefore for us.