Science and Innovation Park in Pécs

The Science and Innovation Park to be established at the University of Pécs has won 4 billion HUF EU funding as a result of the Economic Development and Innovation Operational Programme (GINOP) with the aim of facilitating the capacities of regional research institutes. The government decision published in the Hungarian Official Gazette (Magyar Közlöny) at the end of 2020 will help to improve the entrepreneurial and economic development function of the University of Pécs in order to ensure that the institution is able to catalyse regional development. 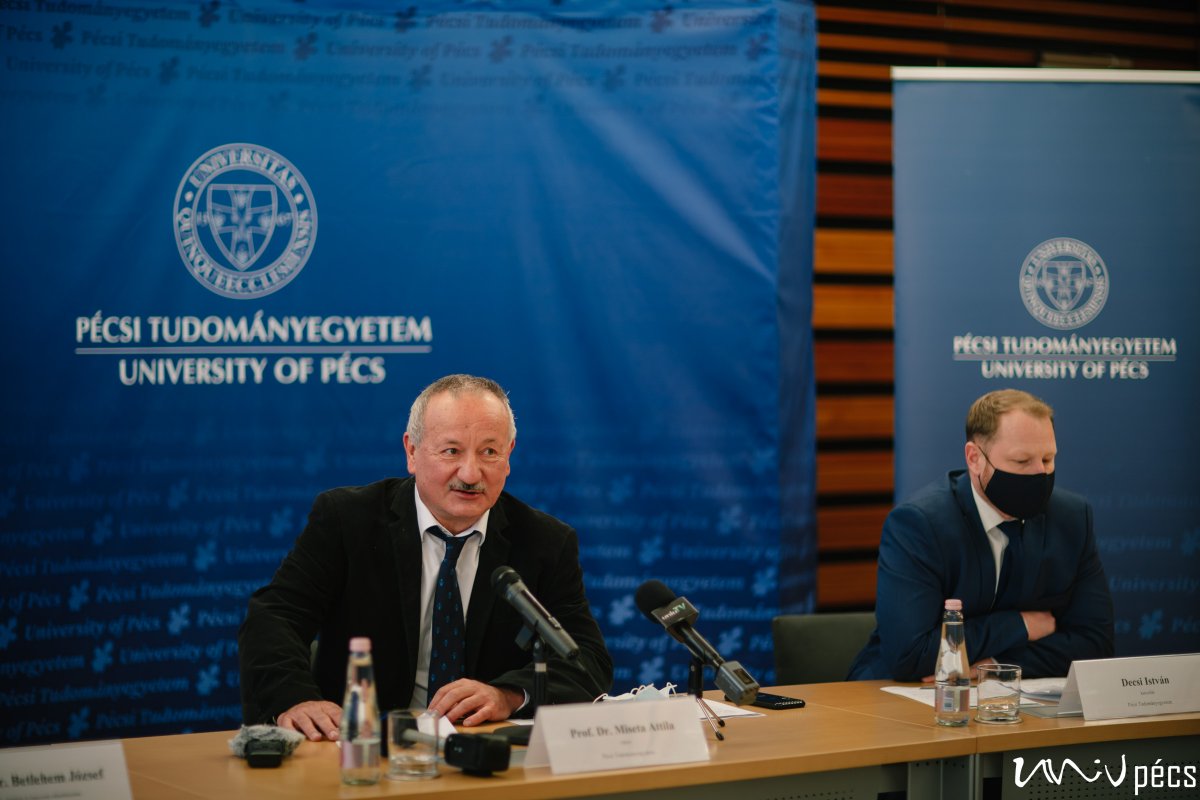 “The University of Pécs plays a key role in the Hungarian scientific and research life of the 21st century, it has already made serious efforts in order to improve the competitiveness not only of its own, but also of the surrounding socio-economic environment in both science and the economy” - said dr. Attila Miseta, rector of the University of Pécs, at the press conference on 5 January. “I would like to thank all those, who have prepared the current development plans and let me assure you that we continue to count on your help in the implementation as well.”

For a more defined improvement, the University of Pécs has been preparing the development of its integrated scientific and innovation capacities for a long time, and the current leadership is deeply committed to facilitate the establishment of a

One of the first major results of the process is the Science and Innovation Park (SIP) in the framework of the GINOP-2.3.1-20 programme ("Facilitating regional research capacity"). Through the four billion HUF grant, UP aims to create an intellectual and entrepreneurial ecosystem that attracts innovation and fosters entrepreneurial spirit. With the creation of the park, the university intends to build on its existing education and innovation capacities, regional industry traditions, cluster developments and national corporate network capital. 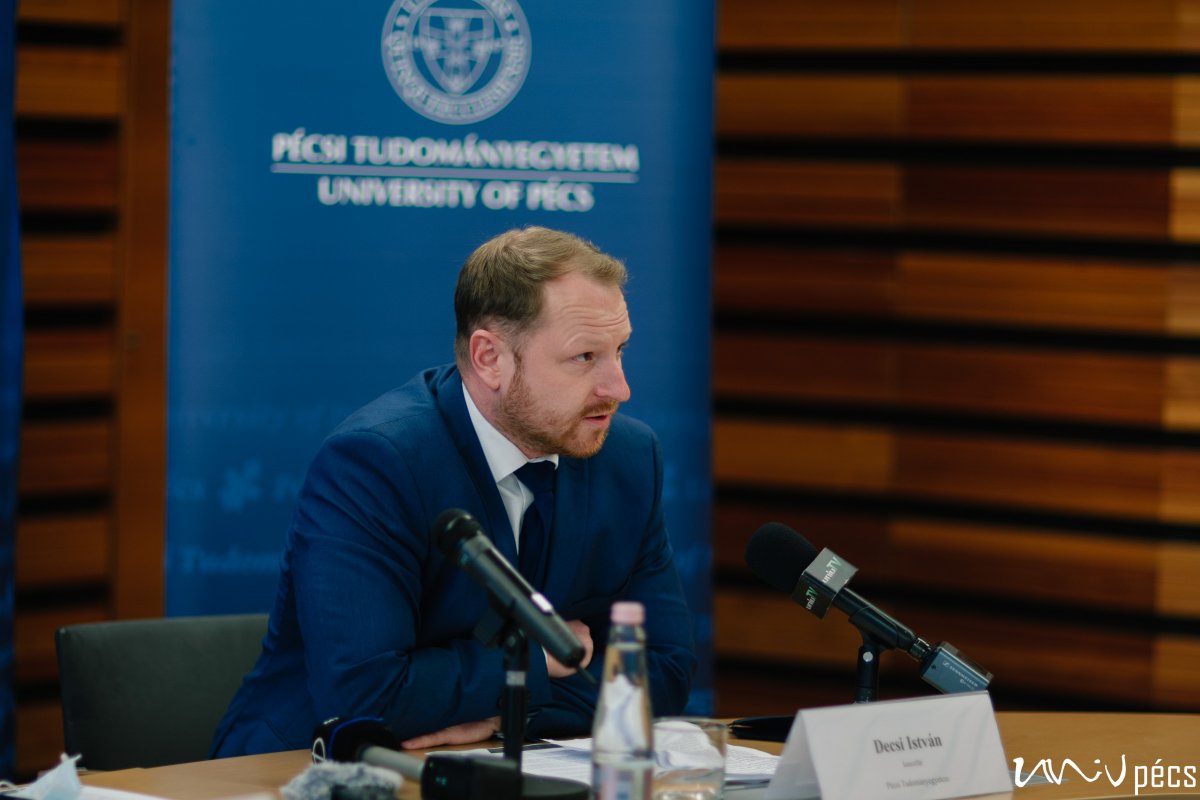 "The biggest challenge of the decade ahead is to what extent our university can become the engine of the region," said István Decsi, Chancellor of UP. “We can implement the first step with this development, but our ambitions are much greater, we would like to continue the developments in several steps; we would like to build closer and more innovative cooperation with economic partners, in the framework of which our university will become more visible and outstanding, in an international aspect as well.”

The focus of UP's Science and Innovation Park is creativity, innovation, digitalisation, sustainability and an increased ability to attract capital.

The first step in development will be launched later this year, during which, through the development of entrepreneurial competences, health economic development plans backed by scientific research will be in the spotlight, such as digital health industry innovations, smart technologies, as well as specialised engineering methods, smart technologies (high tech), and the green economy. 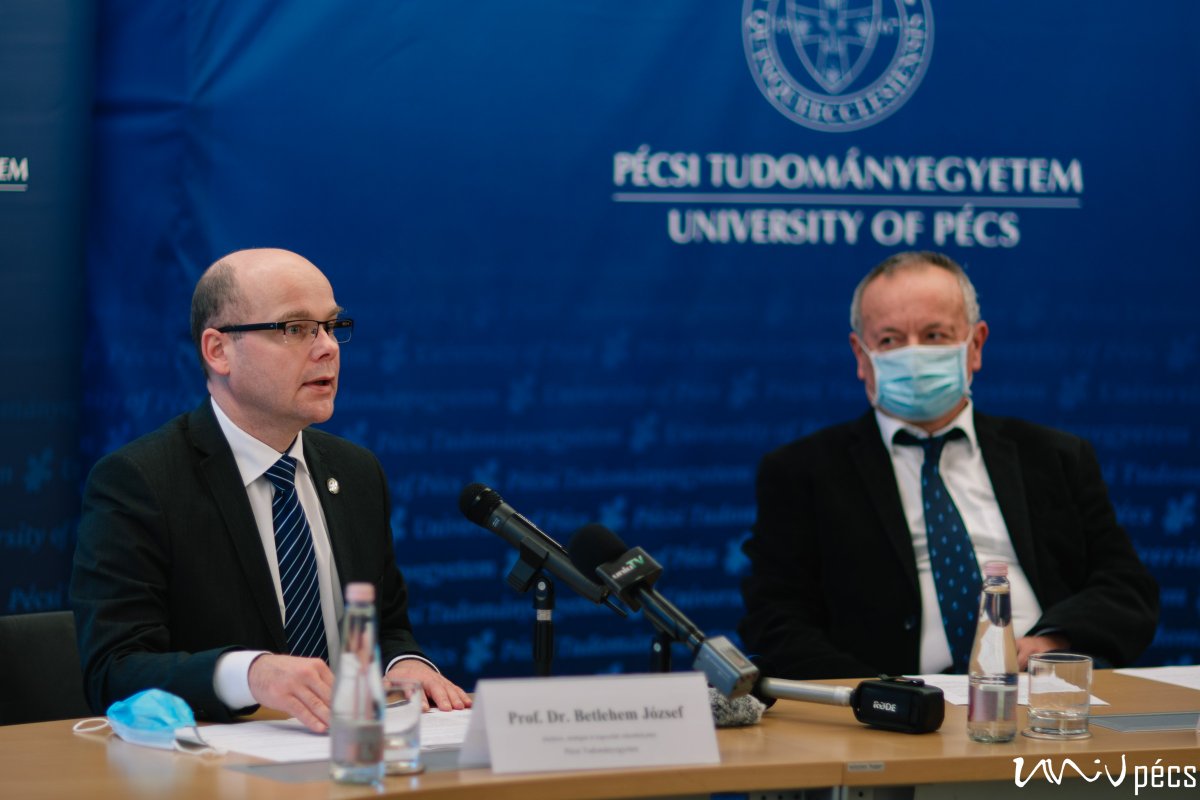 “The first phase of the project is carried out on the campuses of the university, the location of which will be at the Nyár street building” – added dr. József Bethlehem, Vice Rector for General Affairs, Connections and Strategic Affairs. “The planned improvements and their effects will encourage the activity of all faculties, for example by creating joint workshops.”

According to our plans, we want to continue to develop the Science and Innovation Park by 2027 as a multi-stage project, confident that we can win adequate support for it as well.