From Zhejiang to Pécs, for the Second Time

Last year’s students who participated in the summer university programme organized by the University of Pécs were very satisfied, that is why they sent 35 students to Hungary for the total of 4 weeks. The programme organized by the Centre for International Relations and the Faculy of Humanities takes place from 17 July to 15 August, and it is a part of the Summer Trimester Internationalization Programme of the University of Pécs. 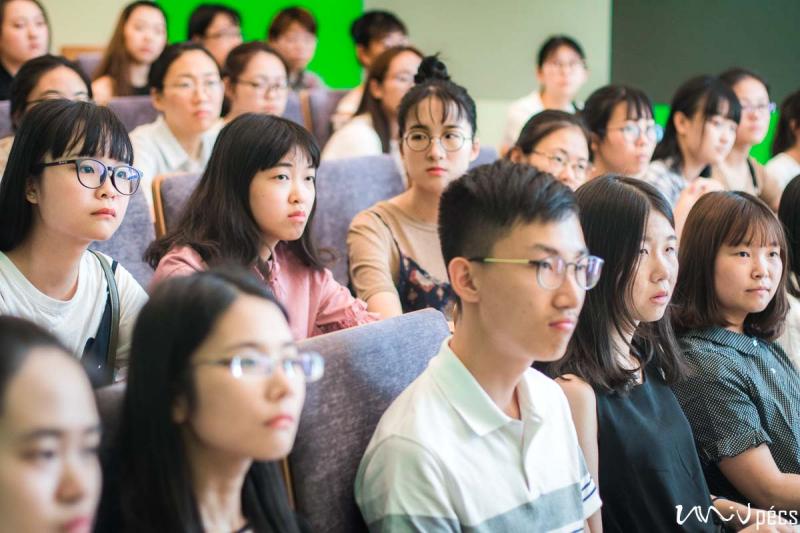 At the first orientation workshop on 19 July at the Zsolnay Quarter campus of the Faculty of Humanities the students were greeted by Dr. Márta Erdős, vice-dean of the Faculty of Humanities. They had the opportunity to meet the Hungarian mentors as well as the Chinese students who are studying at the University of Pécs and who are going to help them during their stay here.

The students from Hangzhou take part in English studies and teacher training studies, as well as various cultural and leisure programmes. They familiarize themselves with the European Union, Hungary, they develop their English language skills, and learn the basics of education science and pedagogy. The Faculty of Humanities organizes the academic programme, while the overall organization was the task of the Centre for International Relations. 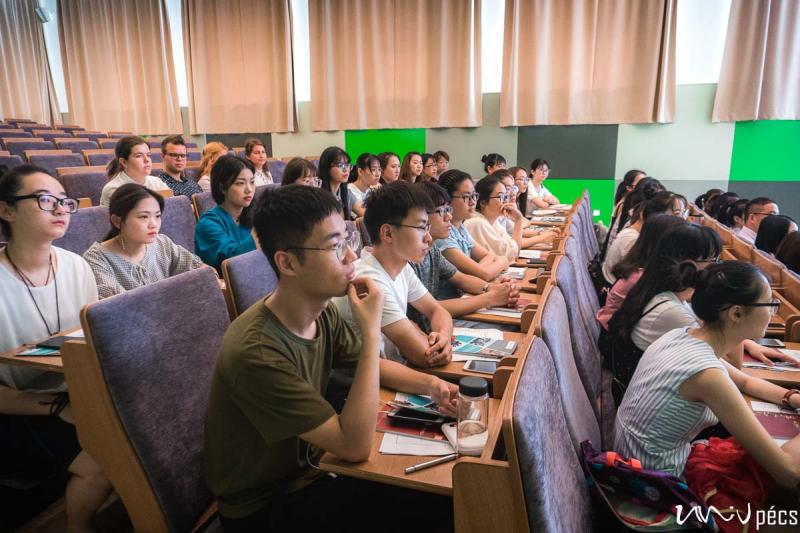 The Chinese mentor students shortly introduced Pécs, the sights, such as the TV Tower, and gave the students from Hangzhou with useful pieces of information. They also mentioned the best Chinese restaurant of the city, if somebody would feel a craving for Chinese food.

„Today, every fifth student is from abroad” – said Dr. Gyöngyi Pozsgai, institutional summer school programme coordinator at the Centre for International Relations of the University of Pécs, who greeted the students in Chinese. It is a very busy summer because of the summer university programmes: we are welcoming at least two more groups of students to Pécs: one of them is a Japanese group of 20 students, who are going to learn about Hungarian folk music and folk dance. The group from the Hangzhou Normal University  will have the chance to meet the students from Shanghai Institute of Technology and one group from Chengdu also participating in a summer university programme at the University of Pécs.