The extent and dynamism of the University of Pécs's African network is unique in our macro region. The relationship with Ethiopia is developing, besides lecturer exchanges, UP experts also help to develop a doctoral program, and an Ethiopian exchange student is coming to Pécs for a master's degree for the second time. During the autumn of 2019, the University was a co-organizer of a special event about the 30th anniversary of the Hungarian regime change. Dr. István Tarrósy, director of Centre for Internationalization and Connections (CIC) and head of the only Africa Research Centre in Hungary, filled in the details.

Where did the idea of the conference come from?

The event was co-organized with the staff of the Hungarian National University of Public Service and the Ethiopian Civil Service University, as well as with the Embassy in Addis Ababa. The conference was about political and economic transitions, and was linked to a series of events celebrating the 30th anniversary of the regime change in Hungary. 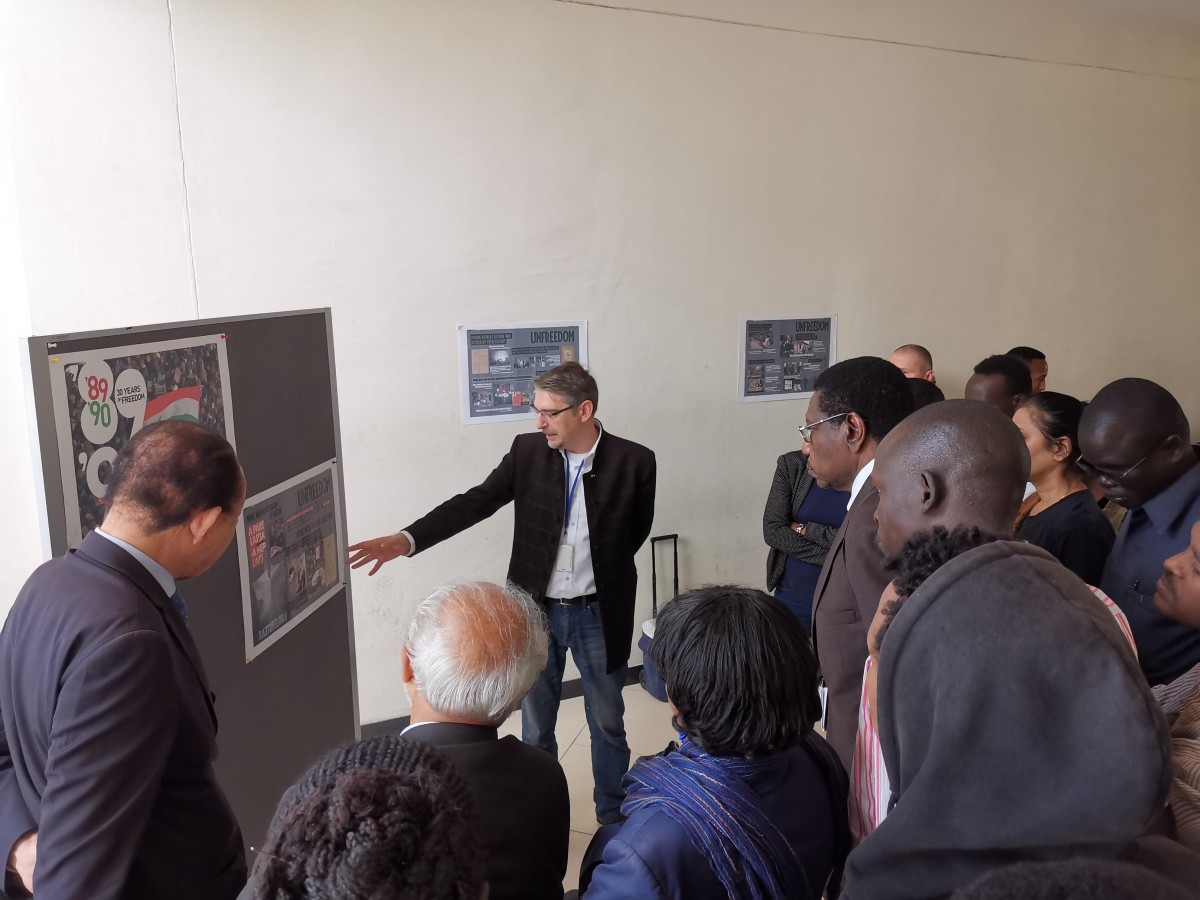 Photo: Dr. Balázs Szélinger at the exhibiton '30 Years of Freedom'

What is the political situation in Ethiopia today?

The government was formed by Abiy Ahmed, a Nobel Peace Prize winner for his efforts to achieve peace and international cooperation between Ethiopia and Eritrea in 2019. It represents a quite different dynamic compared to the previous governments. The concept of ethnic federalism is not conflict-free, but the new government has undertaken reforms, thus, not for the first time in its history, Ethiopia experiences transitions. We tried to review these processes in Hungarian and Central European relations and compare them in some measurable dimensions.

There was also an exhibition organized by Dr. Balázs Szélinger, Ethiopia expert, who currently works for the Embassy as a Trade Attaché, which introduced the regime change in Hungary and the decades that have passed since. 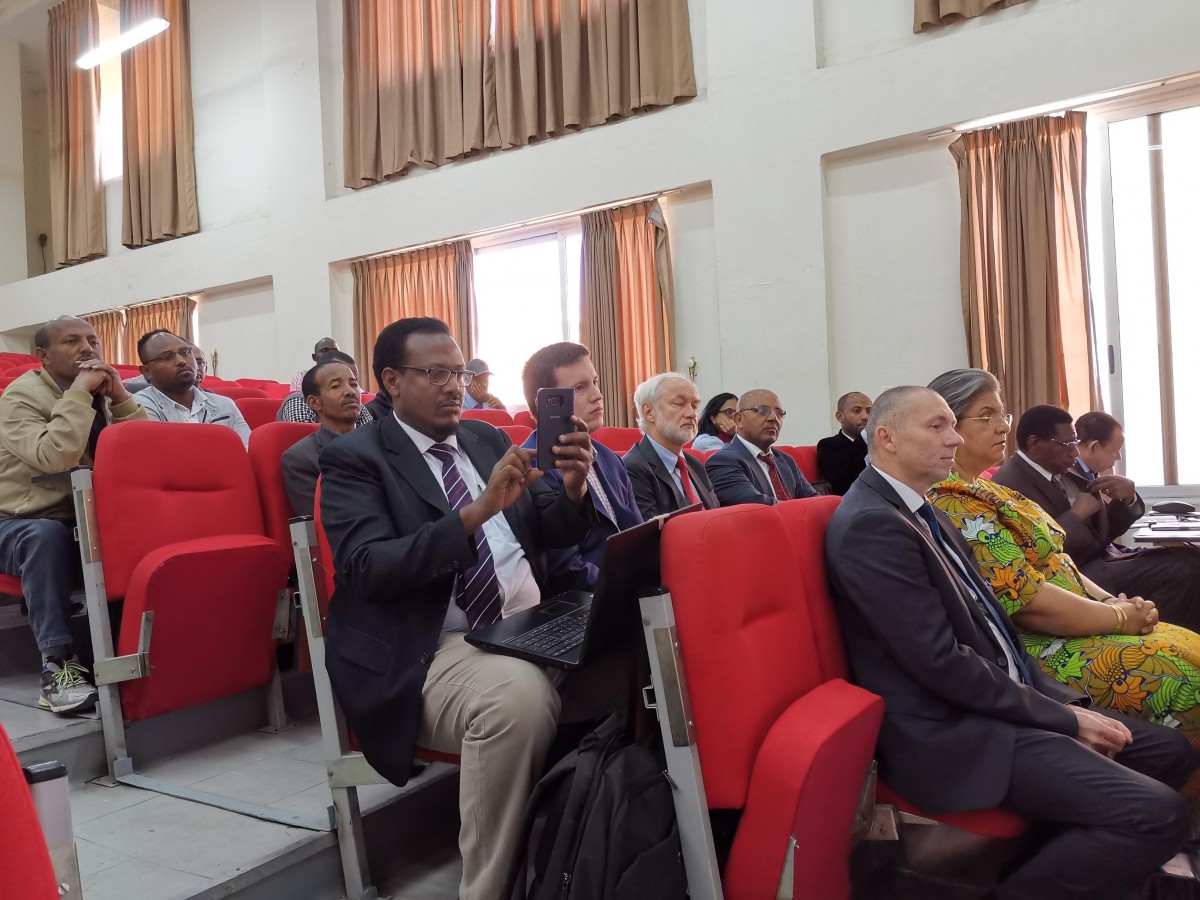 How can we make a comparison between the regime change in Hungary and the Ethiopian political changes?

When we were at the discussion section, a colleague said that it is difficult to see the analogy, we are so different. Indeed, we do have sharp contrast between our ethnic and cultural roots, but there are still comparable periods, with respect to both governmental decisions and structural changes of the economy. 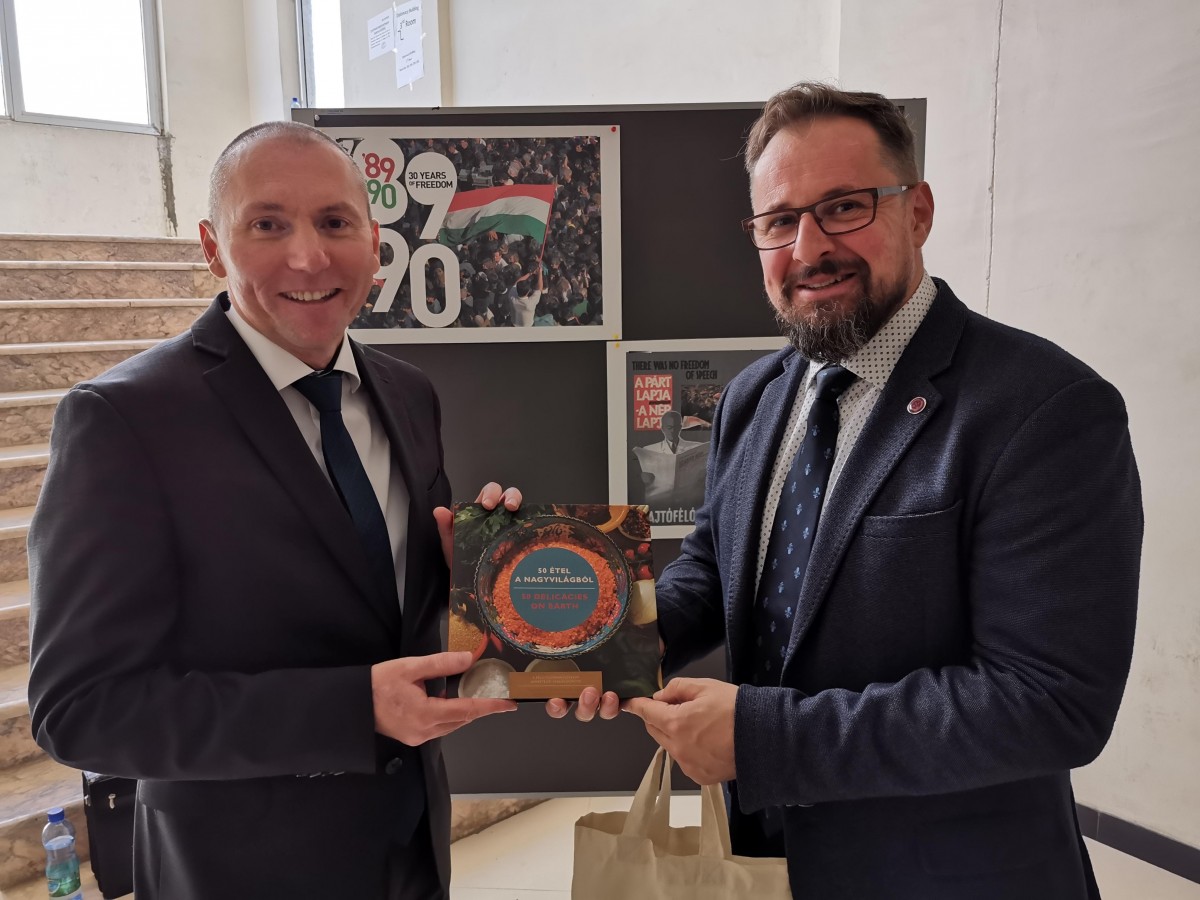 Photo: H.E. Attila Koppány, ambassador of Hungary in the Federal Democratic Republic of Ethiopia received the multicultural recipe book of the University of Pécs with the title '50 Delicacies of the World' from Dr. István Tarrósy, Director of the Centre for Internationalization and Connections, UP.

What kind of turns about the Hungarian regime change would Ethiopians like to avoid?

At the moment, they would like to gain a deeper insight into our experiences with the regime change. However, it is certain that our not necessarily success stories about the privatization can serve as a cautionary tale for them. I think the recovery from these, as well as the government's response to it over the past decades, can be useful to Ethiopia and other African societies in transition. It is important not to allow state property to be bargained away.

What is the next step in the relationship?

We have started a joint comparative research, which is based on the good cooperation between the Hungarian and the Ethiopian public service universities, joined by the University of Pécs. This way, we are expanding the partnership with other Ethiopian higher education institutions. The next step is going to be the 6th International Conference on African Studies in Pécs, 23-24 April.